“The Island of Arabia”: The Story of the Past that has Become a Thriving Present

Richard Lyford (second from left) directs preparations for filming a sequence of “Jazirat al-Arab” in Jubail. Jim Stewart (left) and Al Clements (to the right of Lyford), now working in Texas, wait for Lin Adams to adjust the microphone before stepping before the camera.

There’s no doubt that many of the boons that we enjoy today were not available to our fathers and grandfathers, their days often fraught with hardship. Just in a few decades, the Kingdom and world in general, have seen remarkable change and advancement.

Many details about this change escape our memory, but are highlighted in the film “The Island of Arabia” (also known as “Island of Allah”), which was commissioned by Aramco in the 1950s to be the first feature-length motion picture about the Kingdom. The film tells the story of the early geologists’ journey to explore and discover oil, in turn bringing a renaissance to Saudi Arabia.

The film was directed by producer-director Richard Lyford and featured James Stewart, who starred as head geologist Max, and Isa Sabbagh, who played Khaled, the desert guide. It mainly featured Aramco employees, and lasted almost two years in the making, as scenes were filmed in several cities in the Kingdom, including Dhahran, Jubail, Dammam, and al-Hasa, as well as 13 other countries.

In June 1955, the film was screened in Cairo, then found its way to cinemas in Alexandria, also released on a limited basis in Western theaters. The film was also screened in the company’s cinemas and later on Aramco TV on its inauguration night in September 1957.

This behind-the-scene photo was taken for members of the film crew during shooting in Jubail.

The 70-minute film starts with a young boy pointing to Jubail, then receiving a mission from American geologists to embark on a journey to search for the “black gold” with the help of desert guide Khaled and his young boy companion, Hamad.

The film refers to the history of successive ancient civilizations in the region, and the role of Arabs of the peninsula played in linking them through commercial caravans, all the way to the dawn of Islamic civilization, its prosperity and then its degradation. The film then details the story of King Abdulaziz Al-Saud, his journey back to Riyadh to restore and unite the Kingdom, and finally, the discovery of oil and the subsequent historic event of a full renaissance.

Although many details of the film are worth highlighting, Hamad’s role in the film deserves some special attention. The young man at the time represented the future, which today is an incarnate presence. Hamad can be looked upon as a racer who took a torch from the first generation of pioneers, to pass it to a new hopeful generation, eager for more achievements, which stem from a rich and ancient past they inherited from their forefathers. 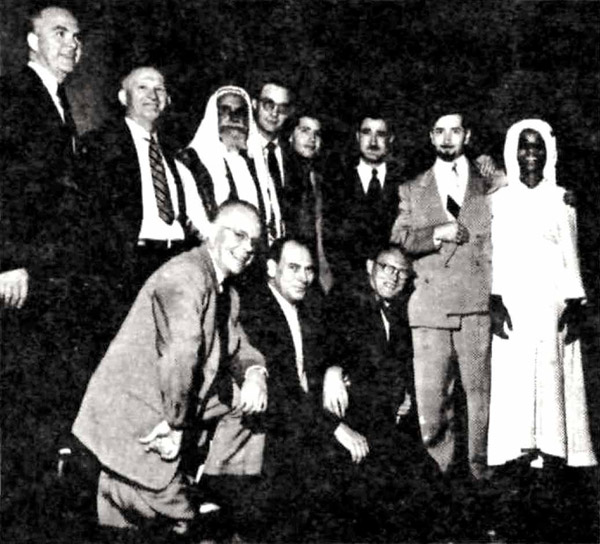 Hamad, played by Nasir Ibn Mubarak Al-Hoty, is now over seven decades old but still remembers some of the details of that unique experience.

It all began when Al-Hoty joined Aramco at an early age to work as an office boy, before working in the Aviation Department. “Joining the company was a dream for all young people, not only as it paid well, but also provided many other benefits, including continuous attention and development of young people,” he said.

Al-Hoty expressed his genuine feeling of being part of the Aramco family, something he said is very common among the first generations of employees. He also added that he feels very proud to belong to the company that shaped the present of the entire region through its citizenship initiatives, and its effort to build competencies through a diverse and multinational work environment. 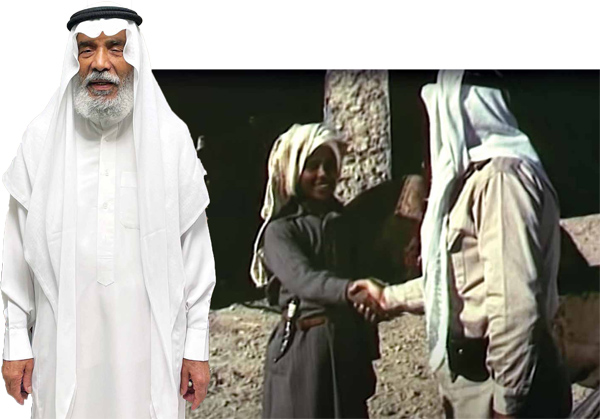 Nasir Ibn Mubarak had a career rich with experiences in Aramco; one of these was acting the role of a boy joining the geologists in their unique journey to explore for oil in the Kingdom.

Al-Hoty said that his outgoing and confident nature at an early age caught the attention of the filmmakers.

“I caught the attention of an American employee who spoke fluent Arabic. I was bold and energetic, and spoke with confidence, so he called me and talked to me about the film. I remember him bringing a recorder to record my voice, and I felt really excited when I listened to it as I had never seen such a thing before.”

Al-Hoty also fondly recalls the enthusiasm and energy the experience brought to him, which encouraged him to go through the unique experience of filming without any problems. “I was so happy when I first watched the film, and I still feel proud every time I see it — especially when joined by my children and grandchildren,” he said.

According to Al-Hoty, the film was a great success at the time, but unfortunately there were limited opportunities in the film-making industry locally as to motivate him to pursue an acting career, and so, his experience remained once in a lifetime.