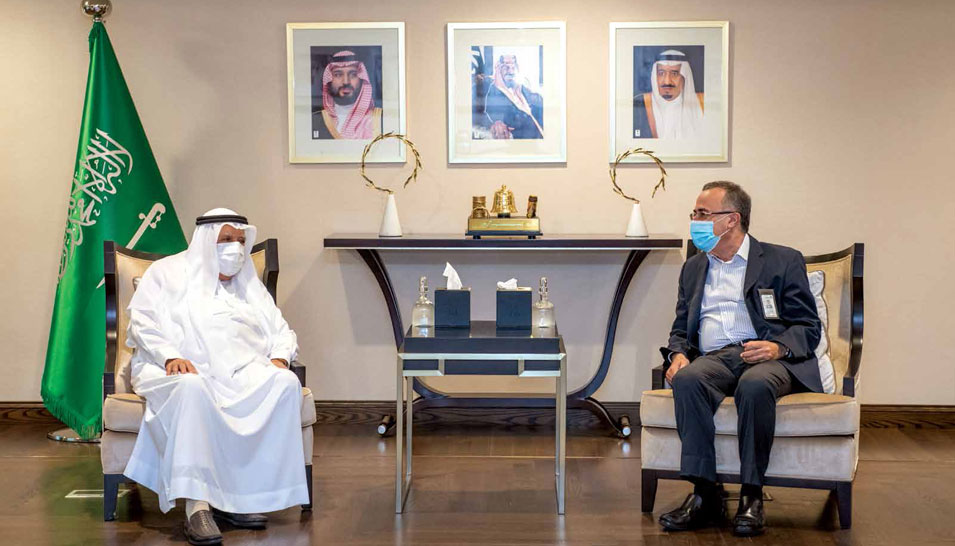 President and CEO Amin Nasser (right) meets with retiree Ali Mohammed Al-Baluchi (left), who has written an autobiography, “Heart and Soul: A Memoir.”

Ali Mohammed Al-Baluchi, an Aramco retiree, has written an autobiography spanning more than 70 extraordinary years. The book, titled “Heart and Soul: A Memoir,” details many of the writer’s memories over 40 years with the company followed by more than 30 years in retirement.

Al-Baluchi, a general manager of Community Services before his retirement, recently visited Aramco with his two sons, Saleh and Hussein, and presented a copy of his book to Amin Nasser, president and CEO. During the meeting, the pair discussed the company’s past and present, as well as the differences and similarities between generations.

Nasser said that the book captured Al-Baluchi’s personal experiences as an eyewitness to the first generations that joined the company after the discovery of oil. He said Al-Baluchi lived through the company’s post World War II expansion as it transitioned from an American company to a fully Saudi-owned entity. “He is a role model to generations of employees who have made the company what it is today,” Nasser said, noting that the company has distributed copies of the book to younger generations of Aramco through YLAB, so that they may benefit from the rich experiences described by the author.

From office boy to GM

Al-Baluchi’s memoir reviews his 41- year journey of service with Aramco, which he joined in 1949 as an office boy and retired from as general manager of Community Services. He recalls many memories between Abqaiq, Ras Tanura, and Dhahran, as well as his travels to the United States, where he studied.

The book refers to the active roles Al-Baluchi took after retirement, which included contributing to the Saudi Aramco Retirees Advisory Committee, attending employee reunions, and helping to form the National Retirement Association. Al-Baluchi also discusses his experience as chairman of the Dammam Agricultural Cooperative for 20 years, and how he contributed to the local entertainment and tourism sector. He was the first president of Al Qadsiyah football club, which was founded in 1967 in his hometown of al-Khobar. 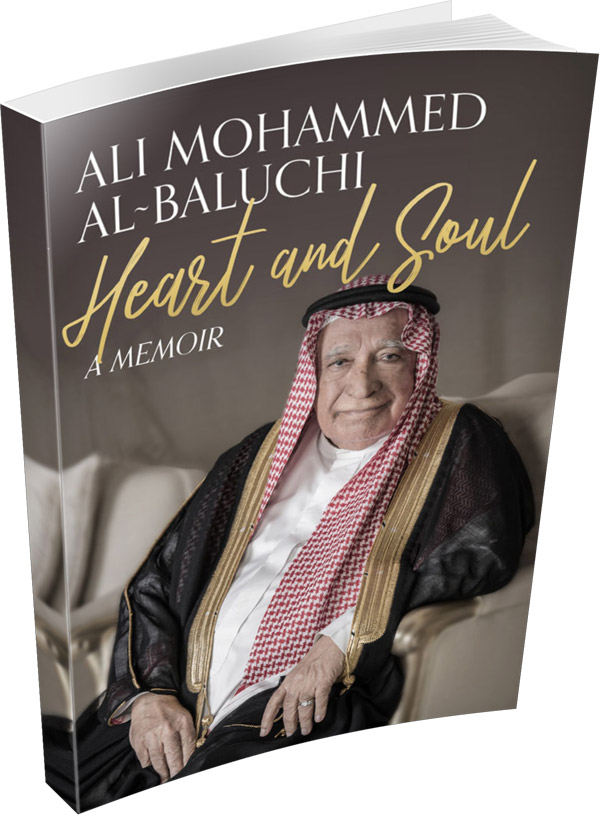 Throughout his story, Al-Baluchi weaves his theme that “experiences are acquired knowledge,” drawing rich lessons from his long life for the reader to appreciate. The biography chronicles his personal journey during the great age of oil and the tremendous changes that the Kingdom and the company have undergone, embodying the spirit of employees and the challenges they have had to overcome.

Al-Baluchi expresses his deep gratitude to the family he grew up in, as well as the company which provided him with opportunities that he seized and long-term friendships that he made with people from around the world.

Abdallah S. Jum’ah, former president and CEO, said the book is excellent reading. Jum’ah explained that the section discussing Al-Baluchi’s relations with his family reflected the genuine values of Saudi families. He referred to Al-Baluchi as a “role model for today’s young generation,” in that he was capable of building lasting relationships with hundreds of people and their families from different cultures, nationalities, and backgrounds, and that he started this long ago when he was at college in the U.S.

Al-Baluchi continued to grow and nourish his relationships with people by showing respect, care, friendship, and modesty, reflecting the real image of the country, its culture and people, Jum’ah said.