The Gathering Storm - The Gulf War: Vignette from 'Tales from the Desert: An Arabian Memoir' 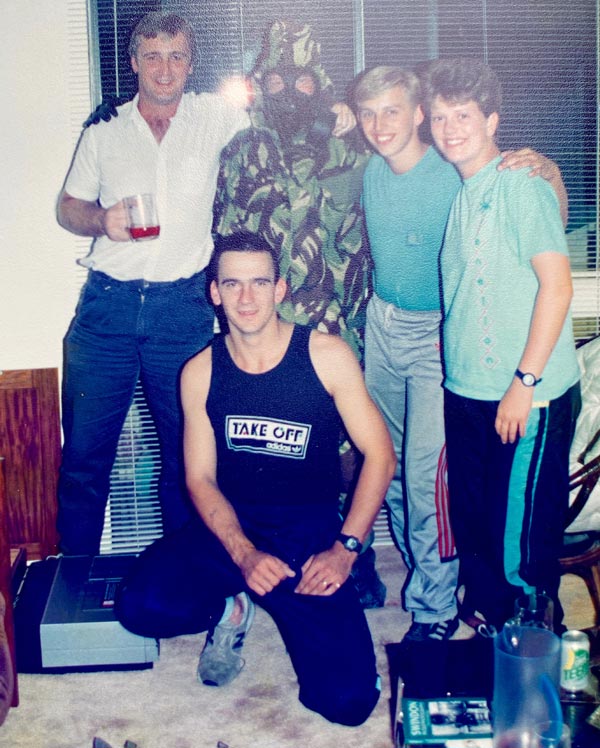 Dhahran is situated on a low hill a couple of miles west of Dhahran airport which is an enormous military airbase and at that time, a commercial airport. Within hours of President Bush announcing ‘Operation Desert Shield’ a continuous stream of enormous US Air Force transport planes began landing at the airport, depositing men, supplies and weapons. 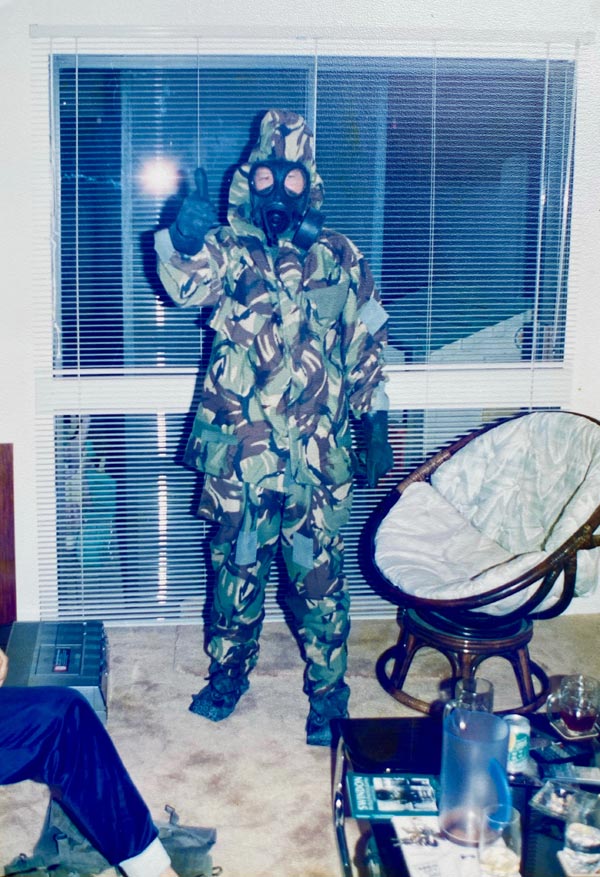 Trying on the Full NBC Kit

It was a round the clock operation and if anyone ever needed reminding of the United States’ enormous military capacity, one only had to look at the vast scale of this operation as it unfolded before our very eyes. The future was still very much uncertain, but we all slept a little easier knowing that the US Cavalry had arrived.