Tea and Tracker Tales with a Retired Remote Area Expert 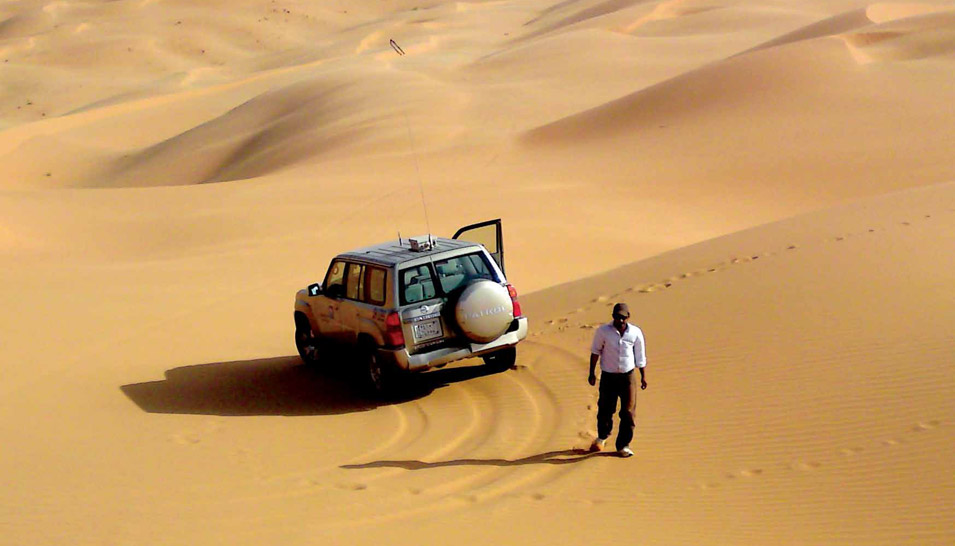 The desert is a book that can be read. Which direction is the wind blowing? What color is the sand? Where is the Polar star? What shape does a footprint take? These are questions a tracker asks himself. Someone who can read the sand by day and the sky at night.

Tracker Abdullah Al-Hassar has this special gift handed down by his grandfather, who learned many skills — taming camels, reading footprints, and navigating at night using the stars — from the Bedouins. At a young age, his grandfather started a small business transporting goods by camel from the port of Darin to Jubail and Jabal Dhahran, and later to Buraydah.

The constant traveling and a photographic memory enabled his grandfather to work as a guide. He made a name for himself as a tracker and skilled marksman. In his final job, he accompanied a carpet dealer on his travels. Unfortunately, he died in a heavy snowstorm. His innate ability, refined over time, was passed on to his grandson.

Al-Hassar spent 35 years working at Aramco as a field surveyor and then group leader with the Photogrammetric Survey Section/Geodetic Group in the Geomatics Services Division, now in the Operational Excellence Department. Their mission was to gather information for land surveying, mapping, and exploration. “I made my reputation working in remote areas with minimal assistance,” he said.

Isolated from The World

Al-Hassar worked at Shaybah, some 750 kilometers (km) from Dhahran, before the mega-project was built. It was an inhospitable place. In those days it was isolated from the rest of the world with no accommodation, catering, or medical help. At one point in our conversation Al-Hassar smiled, paused and remembered: when they camped they cooked and repaired their cars. They communicated with Dhahran via radio, which sometimes didn’t work and needed frequent calibration. 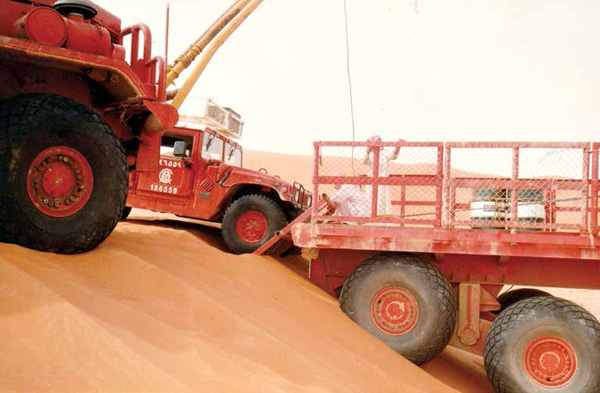 Al-Hassar rescued two people in the Rub’ al-Khali. A colleague on a weekend rolled his Humvee 12 times from the top of a sand dune to a salt flat. He survived with minor injuries, but it took 23 hours to rescue him. Al-Hassar and his supervisor drove a Chevrolet Suburban to Shaybah. Ten hours later they arrived, swapped the vehicle for a Humvee, and headed 80 km to the crash site. On their way they saw tracks left by two company vehicles, which had failed by 5 km to reach the vehicle. 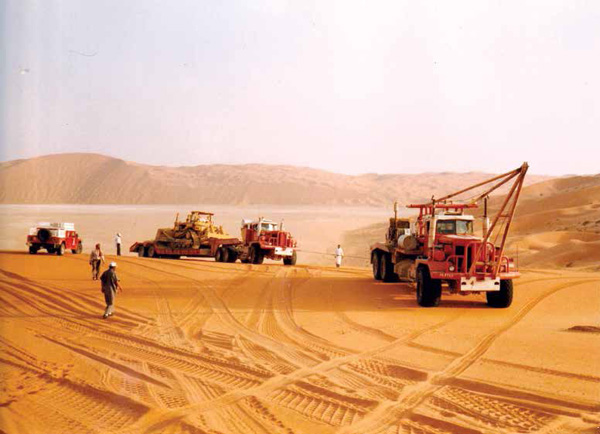 Tears of A Survivor

The other rescue was of a supervising surveyor checking field crews constructing the road to Shaybah. Al-Hassar was supposed to meet the surveyor at the al- Batha border post. He didn’t show up. Al-Hassar drove 200 km south to where the crew was working. The surveyor wasn’t there either. The crew informed him that the surveyor had left three days previously. Al-Hassar figured that the surveyor took a short cut. Driving the route, Al-Hassar spotted fresh tire marks and followed the tracks until he saw the surveyor’s vehicle stuck in the middle of a salt flat. Al-Hassar found the unconscious surveyor under his vehicle. Al-Hassar pulled him out and started to give him water. Two hours later the surveyor regained consciousness, his eyes brimming with tears. He had been saved. 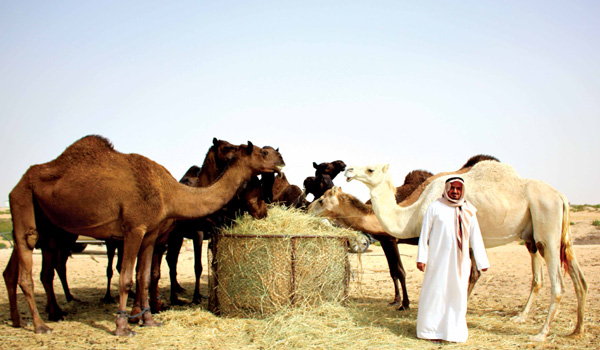 I met Al-Hassar at his desert camp where he raises camels. “Camels are a unique, noble animal and part of our heritage,” he said. “They will never forget their owner as long as they live.”

“Camels have the ability to drink extremely salty water in the desert, if they’re very thirsty. If they are reluctant to drink, the Bedouins will open their mouths and force them to drink it. The Bedouins in the Rub’ al-Khali cannot drink the water from the shallow wells they dig in the salt flats. On the contrary, they will drink camel milk to survive in case they run out of water.

“Camels roam in the desert for days before coming to their camp. In case of emergency, suppose your car breaks down and you know how to milk a camel, then you will survive. Camels will take you back to their camp once they get thirsty. They may wander from eight to 14 days before heading back.”

We sipped our hot tea as the dry desert wind lulled us. We could have listened to Al-Hassar’s adventurous tales for hours.