Story Behind Iconic Pictures: Signing of the Concession Agreement, May 29, 1933 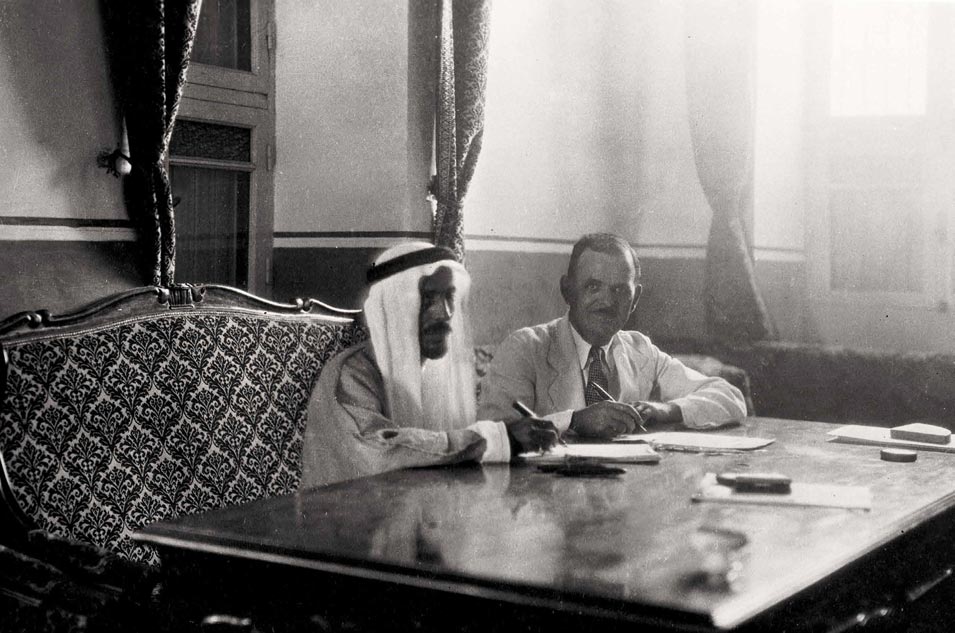 With the sun pouring through the window in Khuzam Palace, Finance Minister ‘Abd Allah Al-Sulayman and Standard Oil Company of California attorney Lloyd N. Hamilton finalize the negotiations that had dragged on for more than three months.

With the sun pouring through the window in Khuzam Palace, Finance Minister ‘Abd Allah Al-Sulayman and Standard Oil Company of California (Socal) attorney Lloyd N. Hamilton finalize the negotiations that had dragged on for more than three months.

The lead negotiators for the Kingdom of Saudi Arabia and Socal signed the concession agreement in Jiddah on May 29, 1933. New research reveals the surprising truth about how the agreement, which led to the creation of the greatest oil company the world has seen, actually came about.

Although, the signing nearly didn’t happen. The negotiations were on the point of breaking down on three separate occasions, the most critical of which was at the end of March. But it wasn’t either Al-Sulayman or Hamilton who saved the day, it was a man who, somewhat surprisingly, worked for both sides and who is largely forgotten today. Harry St John Bridger Philby was actually famous at the time as an Arabian explorer, and was undoubtedly a brilliant Arabist (a term describing a westerner expert in both the Arabic language and Arab culture). Crucially, he had been a long-time friend of King Abdulaziz.

Though Socal had asked Philby to gain an introduction with the King in December 1932, they didn’t sign him as a consultant (on very lucrative terms, as far as Philby was concerned) until Hamilton arrived in Jiddah in the middle of February 1933. Maybe they did so to stop him signing with the only other competitor for the concession, the British controlled Iraq Petroleum Company (IPC). But, whatever the reason, it proved an inspirational decision. 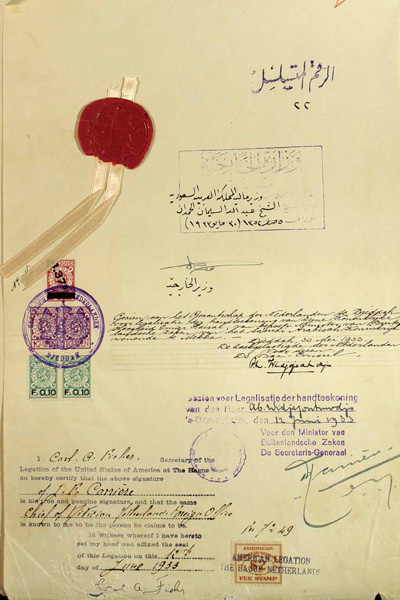 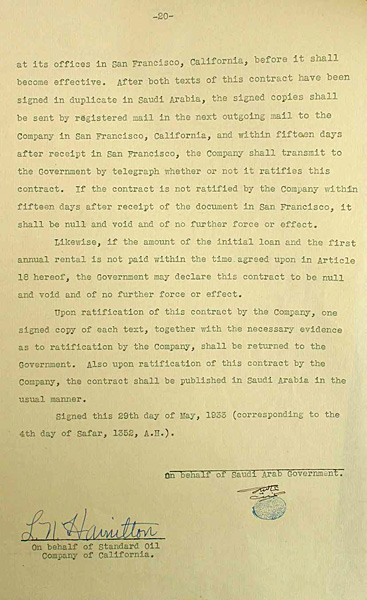 The concession agreement was signed initially by Finance Minister ‘Abd Allah Al-Sulayman and Socal attorney Lloyd N. Hamilton on May 29, 1933. During the following months, the document acquired several other signatures, including that of Foreign Minister and future King, Faysal, acting on behalf of his father. Faysal’s signature was initially authenticated by the Dutch vice consul in Jiddah and later by the American minister to the Netherlands in The Hague.

But the curious detail in this arrangement is that Socal didn’t realize, until later, that Philby was in close, private consultations with Al-Sulayman (and occasionally the King himself) the whole time. Philby had resigned from Britain’s Indian Civil Service because he disagreed with what he perceived as the overt imperialism of the major power in the Middle East.

As Philby later recorded, he gave a verbal assurance to both Al-Sulayman and the King that he would “give priority to the interests of the government.”

But this close, personal relationship between the Saudi government and Philby, which might at first sight appear to be disadvantageous to Socal, actually worked to the advantage of both parties.

The crisis came with the government’s response to Socal’s opening offer. Al-Sulayman tabled his counter-offer on March 31 and insisted on his main demand of 100,000 gold pounds, which Socal thought excessive, when no one knew anything for certain about the geology of the al-Hasa region — as the Eastern Province was then called.

Hamilton, who had somewhat unwisely had gone to Cairo to consult with his managing director, responded in a cable: “We regret necessity of withdrawing our offer … there is no use of my return.” 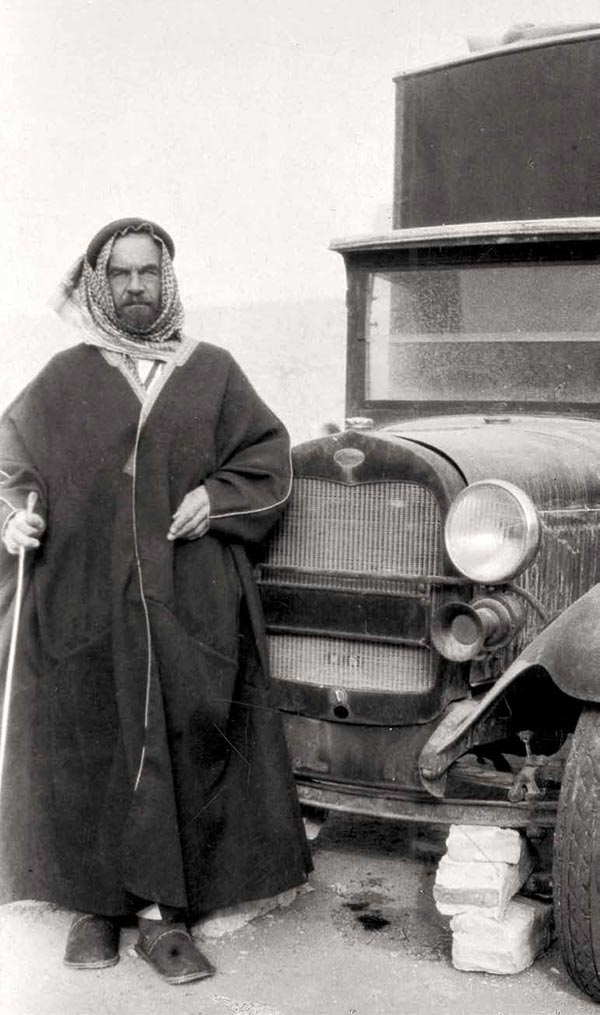 Harry St John Bridger Philby in 1932, the year before he played a vital role in the negotiations for an oil concession agreement between King Abdulaziz and Standard Oil of California (SOCAL).

Philby was the one to calm the troubled waters. He had lunch with the King on April 1 and explained that Al-Sulayman had caused real concern with his inflexibility. The King responded: “Don’t be concerned about that!” Reassured, Philby then spoke to Yusuf Yasin, the King’s chief secretary, and ascertained that the King was convinced of Socal’s serious intent to develop — and not merely hoard — any oil they found, which was one of the main concerns about the IPC proposal.

Yasin gave a strong hint that the government would be willing to accept 50,000 gold pounds. Philby immediately notified Hamilton’s assistant, and when Hamilton received this news in Cairo on April 4, not only were his fears allayed, he left for Jiddah the same day.

There were still difficulties to overcome, not the least being when America came off the gold standard on April 20. Subsequently, the government and Socal knew where each other stood after the crisis, and IPC never again had a serious chance once Hamilton and Al-Sulayman resumed negotiations on April 11.

The stage was set for Socal and Saudi Arabia to form one of the most remarkable commercial ventures of the 20th century.