Spoiled or Disillusioned or Both: Vignette from 'Life in the Camel Lane' 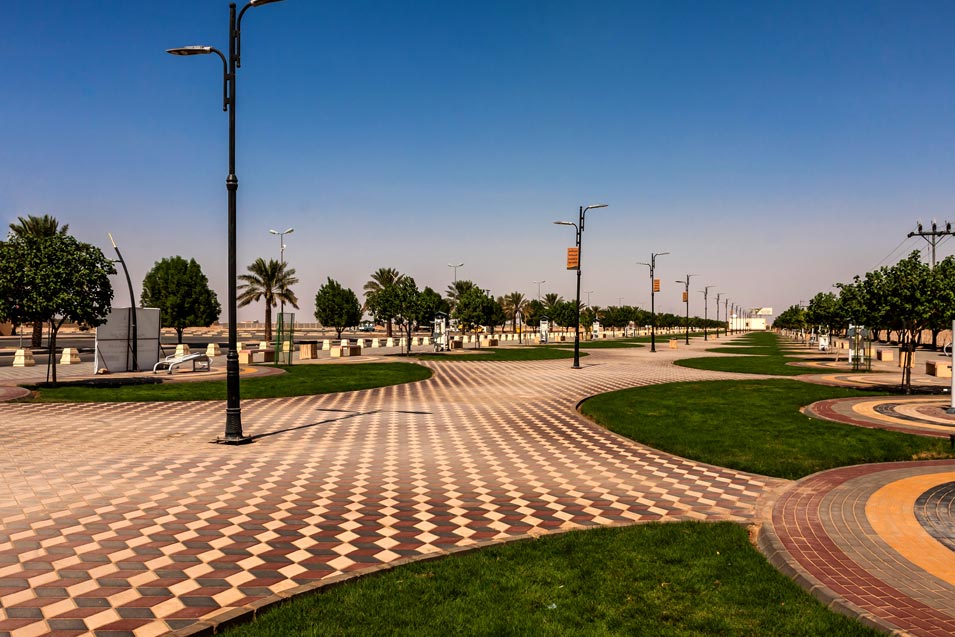 As promised by the Saudi Aramco website, everything in the community was literally two minutes away. Yes, we had a substantial home, access to small parks within walking distance and the Commissary providing food for the average family. Our house even came with a gardener who adopted us on first sight. He was in his seventies, quite blind, speaking very little English but packing a huge intention to be on our payroll. His efforts with our front yard were rather pathetic, and the small banana tree in the backyard had no chance of ever thriving, yet he persisted, providing water and attention every week.

Yes, there were also two fabulous swimming pools, gyms separate for men and women, a theater, bowling alley and library. The ribbon of sandy beach reaching from Ras Tanura refinery in the south to the no-nonsense compound boundary fencing in the north was compelling and mesmerizing. Yet I felt flawed and insufficient to the task of building a life. It seemed like I was playing a game of hide and seek with ghosts. It all felt somewhat surreal.

At sunrise, around 6:30 the morning after our arrival, walking the path along the beach, we looked for signs of life. Not a single soul was to be found outside. I imagined I had space-sickness, a physical sensation astronauts experience. I felt disrupted on all fronts: physically, emotionally and spiritually, like a bobble-toy that could not find upright. I had never arrived anywhere quite like this before.

Just three days prior, I could walk out of my contemporary penthouse perched atop the building known as “The Intelligent and Smiling House” in Yokohama. Emerging outside onto the streets of Japan was a perennial and most curious adventure. Stimulation was everywhere in the form of noisy traffic with incessant sirens, blinking lights on neon signs and endless activity of humanity in motion. I rode a traditional Japanese bicycle to and from the markets with my toddler strapped into the little seat on the back and a basket up front for the precious groceries I had scored that morning. I would frequently purchase unidentifiable food and study the packaging in order to find clues as to how to prepare these offerings. The streets were filled with colorful characters. Little old bent-over ladies perfectly dressed in pressed kimonos, punk rock twenty-year-olds sporting purple and teal hairdos masquerading as the latest personalities from manga comic books, as well as neat ranks of small children walking lockstep, dressed in immaculate yellow school uniforms, were part of my reality.

Fast-forward to Ras Tanura where the natives wore long black or white robes that flickered in the wind. I would see Saudis around the compound, but the sightings were so fleeting that I didn’t feel like I was in the midst of a society at all. The “real” Saudi Arabia seemed distant and unreachable in so many ways. Too much time spent on the compound would never help me connect to the essence of this place. A few golf carts and a few cars moved around in the early morning. I was constantly asking, “Where are all the people?” and when I saw them, “Why do they move so slowly?” because my frame of reference was still stuck on Japanese time. It seemed to me that Arabs float while Japanese people bounce.

Perched on the Arabian Gulf, Ras Tanura enjoys a quiet, deeply sheltered beach. The gulf is shallow and enclosed by land on three sides, with a very narrow passage through the Strait of Hormuz into the Gulf of Oman. it takes between three to three-and-a-half years for the Arabian Gulf to flush its contents. In 1995, we saw vestiges of the Gulf War. When 800 oil wells were blown up at the end of the war, over 600 caught fire and burned while oil gushed into the gulf. Ras Tanura lies just south of Kuwait, which suffered enormous ecological distress. Walking the beach that morning there was still evidence of that holocaust, with small- to medium-size tar balls along the water’s edge.

John, being the employee, set off for work the very next morning. He was immediately immersed in the process of getting an ID to enter the refinery where he would be working. Within a couple of days, he was ensconced in an office with colleagues, a natural social network and most of all—a purpose. I suddenly realized that my purpose was singular: I was a mum; that was going to have to be enough. The Welcome Lady took me around, showed me the Commissary, the gym, the school, the Golf Shack, the recreation center and so on, and I felt more isolated than ever upon returning “home.” I wondered where the community was, and for days I would take walks with Lynsey in the stroller, looking.