Shopping for Vegetables in Al-Khobar 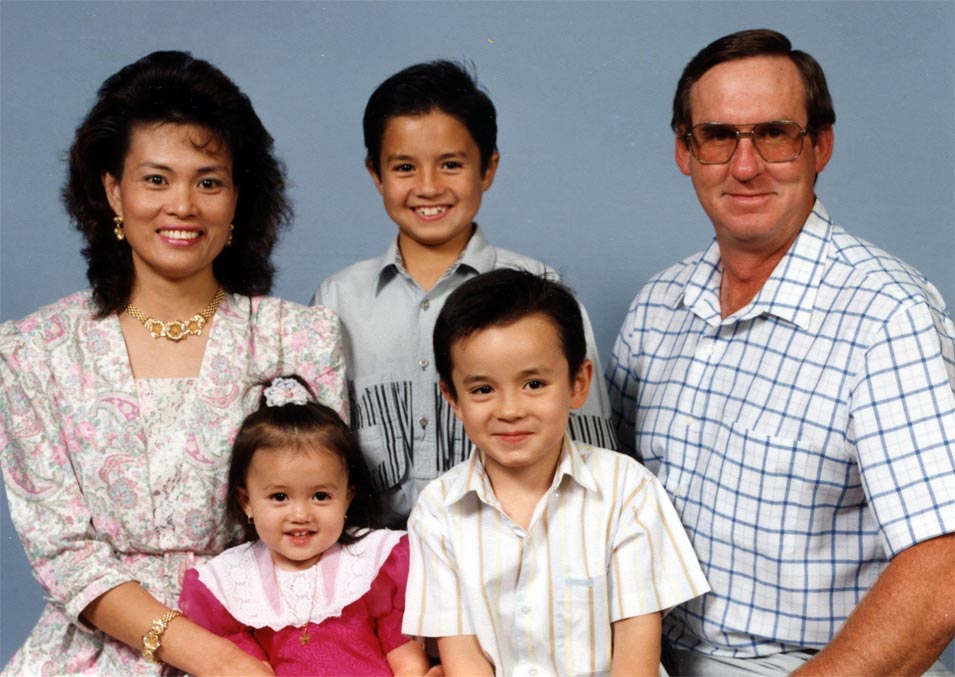 My name is Curtis Blake. My wife Shirley and I are thirty-year veterans of life in Saudi Arabia as employees of Saudi Aramco. We raised six children during those thirty years, three of whom were born in the Dhahran Hospital. Our work locations alternated back and forth between Abqaiq and Udhailiyah: Abqaiq from 1977-1980, Udhailiyah from 1980-1986, Abqaiq from 1986-1992, and finally back to Udhailiyah from 1992 until our retirement in May 2007. I spent my career in maintenance, engineering, and contracting. Shirley was a casual employee for many of the years we spent with Saudi Aramco.

It is clear that the years we spent with Saudi Aramco were some of the finest we will ever experience in our lifetimes. Ditto for our children, whose lives are more meaningful because of the opportunities Saudi Aramco offered them.

Not only did Saudi Aramco provide Aramcons with comfortable, in Kingdom lifestyles and above normal salaries, but went to great expense to provide out-of-Kingdom educational experiences about which most families can only dream. Couple all those expenses with the vacation money Saudi Aramco lavished on its employees each year and it’s easy to imagine the cost of expatriate labor to the company. Let’s face it, my family alone, with it six children thriving at company expense from a young age or from birth, right up through their college years, must have cost a fortune. I cannot thank Saudi Aramco enough for its support for my family.

I will always remember much about our family’s life in Saudi Arabia, but I do find that memories, by their nature, are fleeting. With that in mind, and in an effort to preserve and reignite some of my Saudi Aramco memories, I decided to write a short eBook about a unique shopping daytrip Shirley and I made from our home in Udhailiyah to Al-Khobar in 1999.

The eBook’s name is: Shopping for Vegetables in Al-Khobar: Flying Pickup Trucks, Road Rage, Mall Brawls, Plate Glass Window Smackdowns, and Camel Karma-Hell, It Ain't Easy Shopping in Al-Khobar. (It is a Kindle eBook. If needed, a Kindle Reader app can be downloaded free form Amazon.)

Here is a short description of the eBook now selling on Amazon.com.

“No literary masterpiece this, no epic saga, no action packed tale of . . . this eBook just relates a simple story of grocery shopping in Al-Khobar, Saudi Arabia. It is the story of a one-day shopping trip the author and his wife made from their home in the Saudi Aramco community of Udhailiyah, Saudi Arabia to the nearby Saudi Arabian city of Al-Khobar. What normally should have been an uneventful two-hour car trip and a fun day of shopping, dining and leisure ended up being a day of unexpected happenings that the author still finds amazing some seventeen years later.

Usually mundane affairs, shopping trips to Al-Khobar were relatively frequent occurrences undertaken by most Aramcons (Saudi Aramco employees) from all four Saudi Aramco communities; namely, Dhahran, Ras Tanura, Abqaiq and Udhailiyah. Aramcons embraced these shopping trips, both out of need and for enjoyment. Their need: to replenish their pantries with food supplies not available in the commissaries of their respective communities. Aramcons sought simple pleasures. They had no choice; this was after all Saudi Arabia. Pleasure seekers found their enjoyment in the restaurants, the gold souks, the electronic stores, and the shopping malls. Actually, Aramcons found more enjoyment in the varied and numerous activities of their own Saudi Aramco communities than they did in the Saudi Arab cities.

On a Thursday in 1999, the author and his wife set out on what they expected to be just another mundane shopping daytrip, but the unique (not bad, not sad) occurrences of the day blew its mundaneness to bits. The two beleaguered travelers were exhausted physically and mentally when they returned to Udhailiyah at the end of the day, but both agreed that they had a story to tell. This, after many years, is that story.”