Saudi Arabia to Ireland by Land Rover in 1997: Preparation for the Journey - Part I 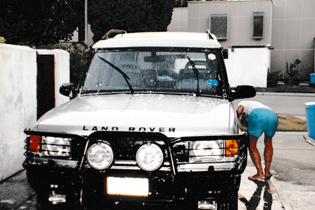 Clean up in Ras Tanura before the Big Trip. 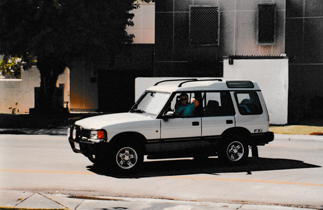 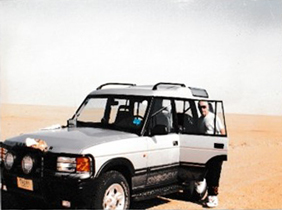 Through the desert north of Jubail.

The journey begins on a bright sunny December morning, but then it is always bright and sunny in Saudi Arabia. Noinin and Ian Conlin are suddenly very nervous, unsure of what they are getting into and how it will all end. Maybe it would have been a lot simpler, easier, cheaper, and much safer to have just bought a couple of first-class plane tickets and hired a taxi to Dhahran airport. That way they would be in a wet and soggy Dublin in ten or twelve hours; this way it will be a three to four week slog in a Land Rover, across deserts, mountains and three seas, but it will be different.

Another reason for being nervous is that at the end of the day they will be unemployed and their sponsorship, which allows them to be in Saudi Arabia, will be terminated. At the day’s end, their resignation from Saudi Aramco will come into effect leaving them on their own to drive their new Land Rover Discovery from Saudi Arabia to Ireland. The trip will start from their home, soon to be their ex-home for the last seventeen years in Ian’s case, in the Aramco town of Ras Tanura. If they succeed in completing the journey, it will end near the town of Navan in County Meath, Ireland. 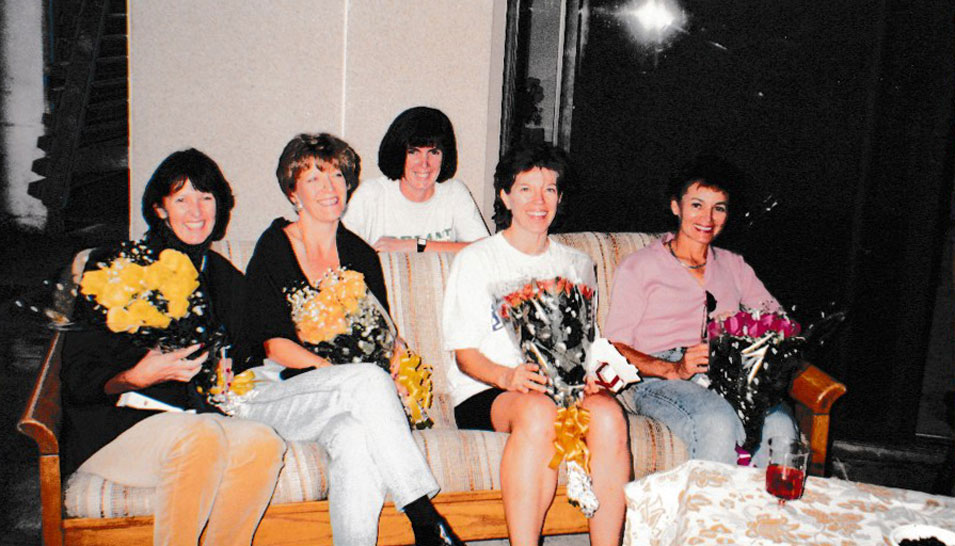 The Conlins have researched and prepared the documents for themselves and their vehicle to the best of their knowledge. Their vehicle is a new Land Rover Discovery, which appears to them to be the best machine to undertake the task of hauling them and their processions the 16,000 km across deserts, snow, mountains, expressways, and seas from Saudi Arabia to Ireland and then for everyday use in Ireland. The Land Rover has been carefully selected for its "go anywhere" ability and its resale potential in Ireland after completing the trip. To avoid Irish import tax, they purchased and used the vehicle in Saudi for the past six months and had the documentation confirmed by the Irish embassy. For the two-ton, fuel-consuming vehicle to be re-sellable in Ireland, it had to be a diesel. It was not easy to find a 4-wheel drive with all the goodies plus a diesel engine in a country where gasoline is 15 cents a liter. The large Land Rover dealership in the city of Dammam had over two hundred new Discoveries in all colors and trim levels, but only five of these were diesels. The Conlins finally selected a very smart silver, and black machine, with a four-pot 2.5 liter, turbocharged, intercooled, direct-injected 114 bhp diesel engine with a five-speed manual transmission rather than the automatic, which has one less gear. The transmission also has a high and low transfer case providing ten forward gears, plus a complete differential lock. The Saudi Discovery comes with dual air conditioning and seven seats. Running boards, fog lights, and two huge safari spotlights mounted on a bull bar were also added.

A week before the departure date, with the "Disco" six months old having spent most of its life in the garage hiding from the scorching sun, it is driven to the dealership for a detailed 10,000 km service even though there is only 5,000 km on the clock. The dealership is helpful and the two drive belts are replaced under warranty but on the negative side, it was later found that the dealership had over-tightened and damaged the engine oil drain plug. 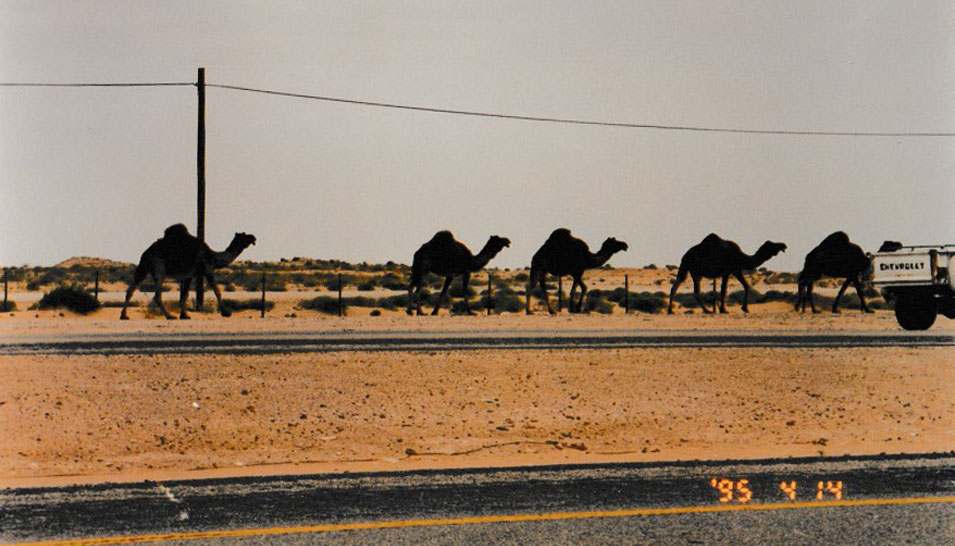 Camels in the desert beside Dammam to Jubail highway.

More important and more complex was clearing the Land Rover's departure with the Saudi police to allow it to be exported. Sometime before, the de-registration of the Discovery had been discussed with the police and the Conlins were assured that there would be no problems; that the procedure could not be started until the day before they were due to leave. Luckily, two days before the departure date the Discovery was taken to Dammam to reconfirm the departure details with the police. This was not an easy process. To the Conlin's big surprise, they were informed that the police now required five days’ notice to process the vehicle departure paperwork. However, if the papers are processed through a broker, it just might be possible to complete everything in two days.

The following morning, the day before departure, the right rear tire is found to have a six-inch nail embedded in the side wall. The spare wheel is installed, and the Conlins roar down to the Goodyear store in Dammam. The tire cannot be repaired; the dealer cannot find any of the size in stock. Walking out of the store, Ian spots a tire of the exact size and type in the showroom window. The dealer agrees to sell the display tire, the only tire of that size in the place. The damaged tire, with only 5,000 km on it, is dumped, and the paperwork is collected from the broker’s office. The police demand the 'Istimara', the vehicle ownership paper which they destroy, and inform Ian that the departure papers have been faxed to the border crossing. The police take and destroy the license number plates, number ASM491, and provide export number plates with English and Arabic numbers and tell them that these must be installed before they leave the police station. The Conlins are assured everything is complete and correct for an uneventful departure and they will have no problems at the border, two and a half thousand kilometers away.