Rob Neff Graduates from the Johns Hopkins School of Nursing 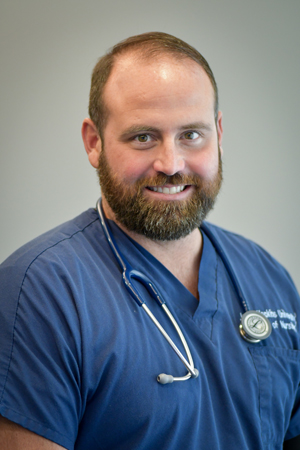 Congratulations to Rob Neff (DH class of 2000) who recently graduated from the Johns Hopkins School of Nursing with an MSN (masters) degree this May 2020. Rob has been residing in Baltimore, Maryland for the past 2 years. Graduation ceremonies were not held due to the Coronavirus pandemic. Rob is now job hunting with concurrent plans to add a degree in Public Health.

Rob's parents are Bob and Chris Neff of Sarasota, Florida. Bob was hired in May of 1978 as a loanee assigned to SCECO (Saudi Consolidated Electric Company, a newly formed government entity overseen by Aramco). He worked for SCECO from 1978 through 2003 in Operations Engineering and ended up being one of the last of the 1,200+ Aramco loanees. Bob retired in March 2003.

Upon retirement, Bob and wife Christy returned to Sarasota, and Christy, as a new Real Estate agent, started them on the path of renovating and flipping houses. Christy's slogan is “handing you the keys to paradise”.