The sea beast showed scarring and was not believed to have been dead long before being discovered. 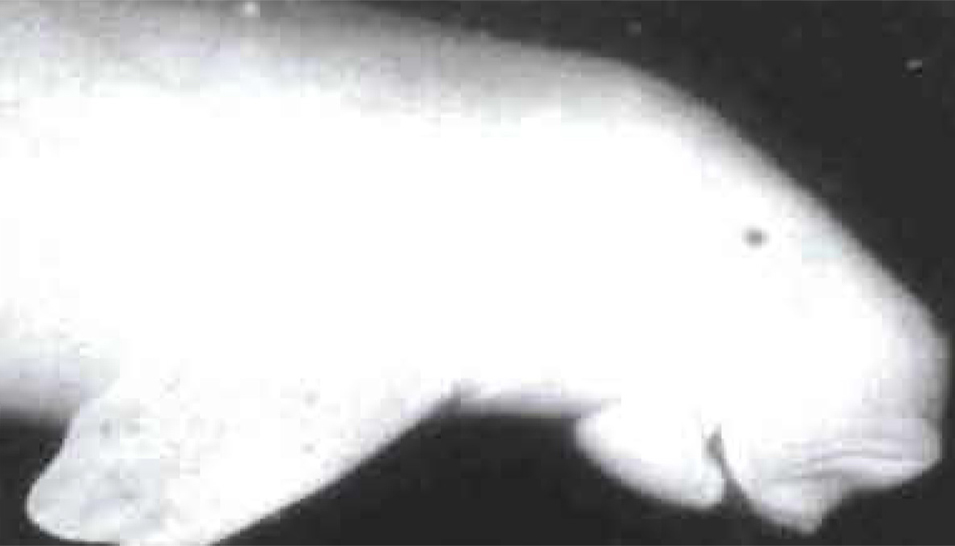 Sometimes mistaken for a dolphin, the dugong evidences a distinctive profile.

The Qurayyah Beach Community Services supervisor did a double take when he happened up on a quarter-ton dugong lying on the sand.

Abdulaziz Al-Shidi, supervisor, and Saleh Al-Gahtani, Qurayyah Beach Security supervisor, estimated the rare creature had been dead only a short while. They also reported on signs of wounds or other indications of the cause of death.

A female greater than 3 meters (10 feet) long, the Qurayyah Beach dugong did show scars. Published studies on the dugong indicate that scars are not uncommon.

While marine biologists with the company's Process and Control Systems organization say they receive occasional reports of dugongs swimming near the sea water intakes close to Abqaiq or from motorists driving on the Causeway, the most recent confirmed sighting prior to the Qurayyah Beach discovery occurred in March 1989.

The Arabian Sun (April 12, 1989) reported discovery of a long-dead dugong that had washed ashore at Bird's Eye Beach. No later reports could be found. 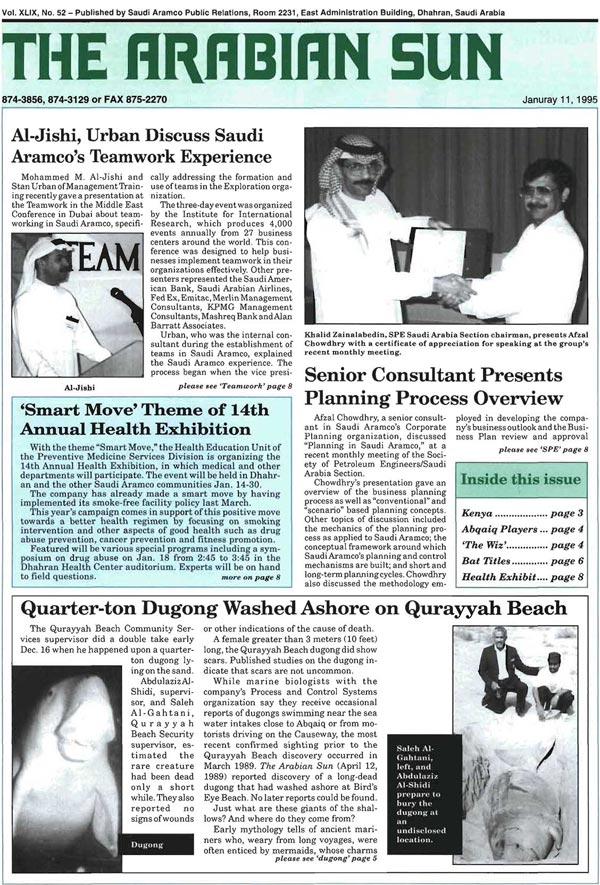