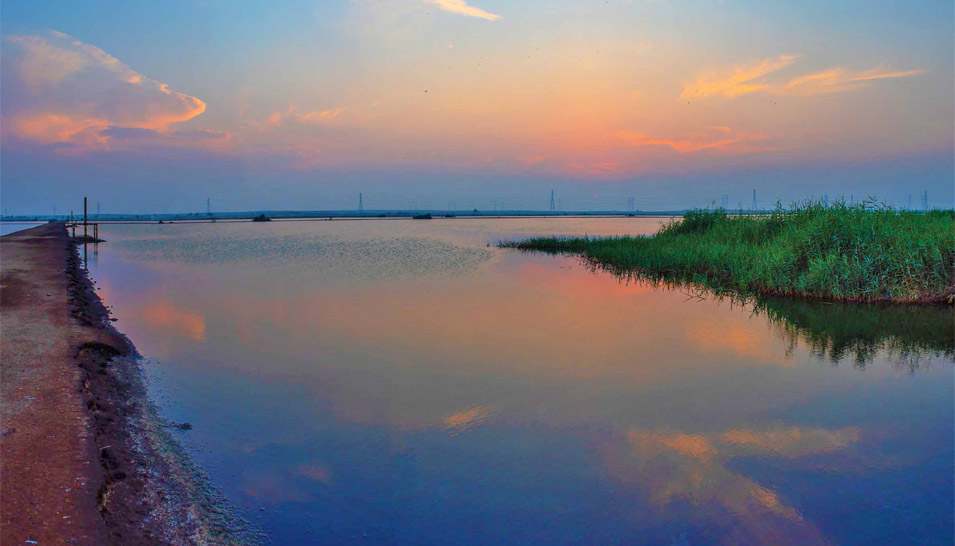 Berri — Carefully trickling water upon the ivory sands of the ad-Dahna desert has magically created an ecosystem more valuable than gold.

Since its inauguration in 1977, eastern Saudi Arabia’s Berri Gas Plant has funneled storm water running off its facilities into a carefully crafted artificial wetland that is situated next to the site’s operating infrastructure.

From a steady inflow of life-giving water, a tranquil marshland has spread, where in and around its shorelines, creatures thrive, nest, feed, and raise their young.

Berri is one of 18 sanctuaries of biodiversity within Saudi Aramco’s operating areas, and Northern Area Gas Operations general manager Jumaan G. Al Zahrani explains the company recognizes it is vital to preserve the Kingdom’s biodiversity.

“Each biodiversity area demonstrates the entrenched coexistence of environmental protection, oil and gas operations, and profitability,” said Al Zahrani. “Berri’s surrounding sanctuary of biodiversity is a testament toward the company’s commitment to reliable mitigation management.

“For more than four decades, Berri has shown that conservation and industry can coexist harmoniously.” 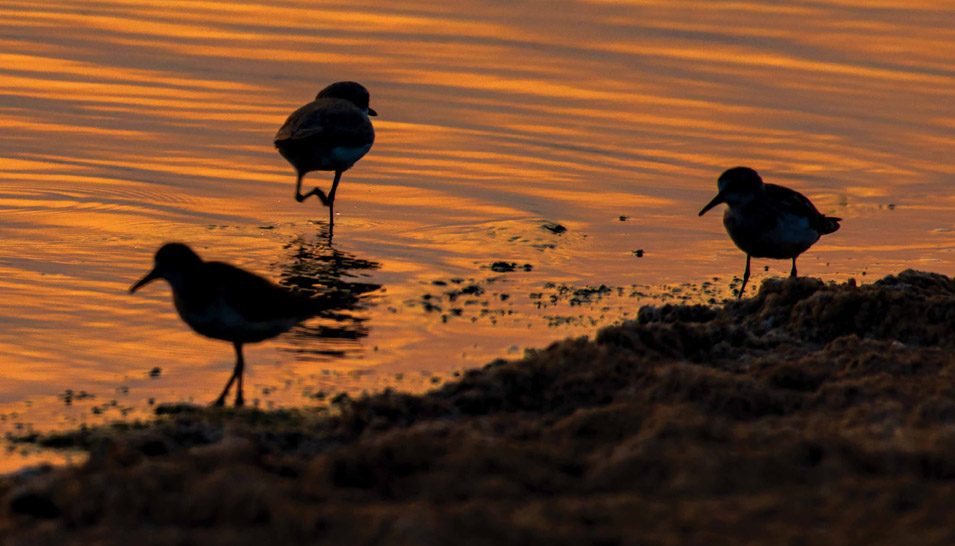 Against a golden sunset at Berri Gas Plant, a group of plovers quickly forage for a last bite before darkness falls over the site’s wastewater marshland, and settle down to overnight within the cordgrass (spartina anglica) that has grown for years around the shores. Various plover species migrate thousands of kilometers through Saudi Arabia each year on their way to breeding grounds across Europe. (Photo: Habeeb Al Hadad/MPD)

The proliferation of birds, insects, reptiles, and mammals choosing to inhabit the five square kilometers of land adjacent to Berri’s operating facilities serves as notice of the site’s excellent mitigation management. The site’s ongoing environmental management efforts were recognized with the receipt of the 2019 President’s Environmental Excellence Award.

“Our team of more than 700 Berri workers keeps their distance from the pristine and sensitive area, just checking it from time to time to ensure the animals and plants are not exposed to unwanted intrusions,” said Al Harthi. 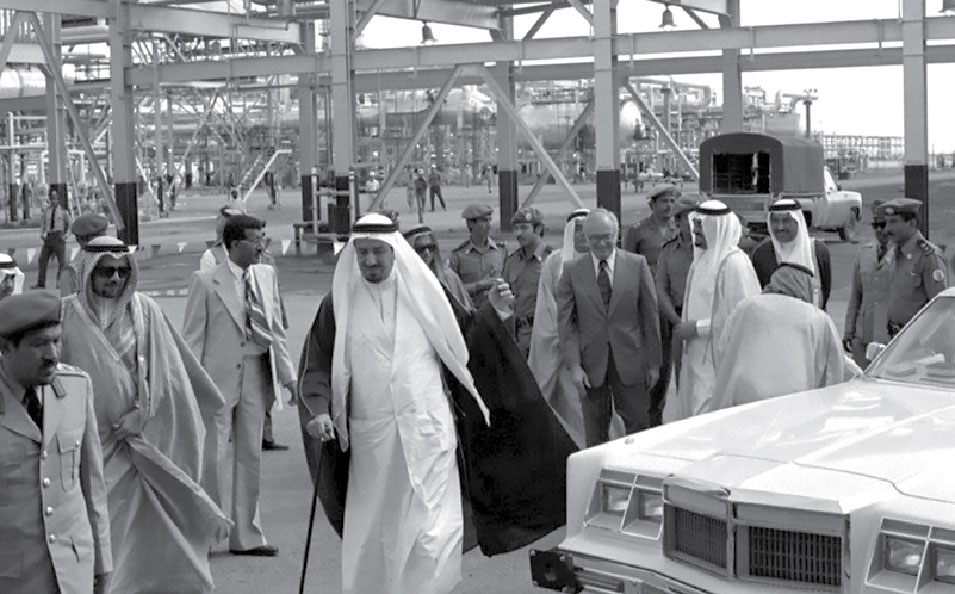 King Khalid ibn ‘Abd Al-‘Aziz Al Sa’ud inaugurated the Berri Gas Plant in 1977 — the first facility constructed for the Master Gas System, which represented a giant leap in Saudi Arabia’s industrial development to harness the power of gas into the Kingdom’s local energy mix, allowing crude oil to be reserved for higher value uses. King Khalid and Saudi Aramco remain linked together regarding sustainability in the Kingdom to this day, as the company recently received the King Khalid Award for its Yanbu’ Refinery and its efforts to innovatively pursue sustainability.

Once it completes a comprehensive biodiversity survey later this year, Berri is looking to grow its biodiversity.

“The environment provides us with air to breathe, water to drink, and good soil to grow food,” Mutrafi said. “We all suffer if the environment is not protected.”

Berri Gas Plant is a prosperous desert home to many creatures such as hedgehogs and lizards.

The ISO 14000 family of standards provides practical tools for all kinds of companies looking to manage their environmental responsibilities, assessing a facility’s implementation of environmental management, supporting documentation, and on-site execution. 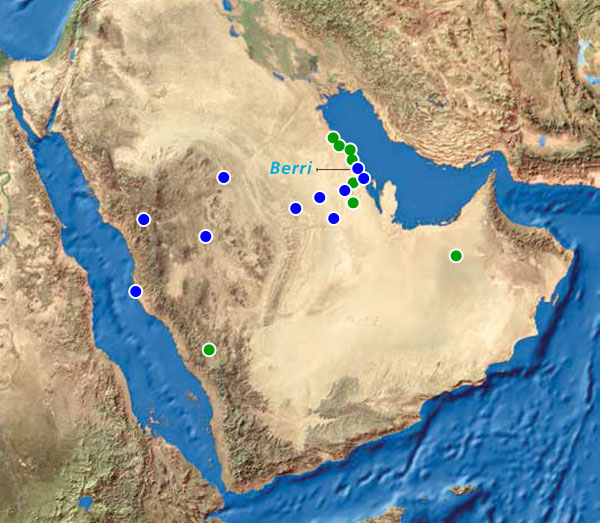 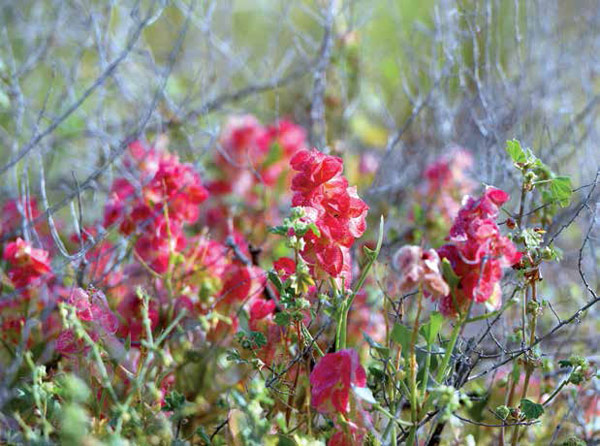 When monsoonal rains saturate the desert, seasonal plants transform Berri Gas Plant into a colorful carpet of flowers stretch to the Arabian peninsula, such as the bladderdock — an attractive annual herb native whose leaves are edible.

“Berri’s products, activities, and services meet legal requirements and customer expectations. However, we decided to challenge ourselves by measuring our environmental management program against the ISO 14001 certification requirements,” said Al Ghamdi. 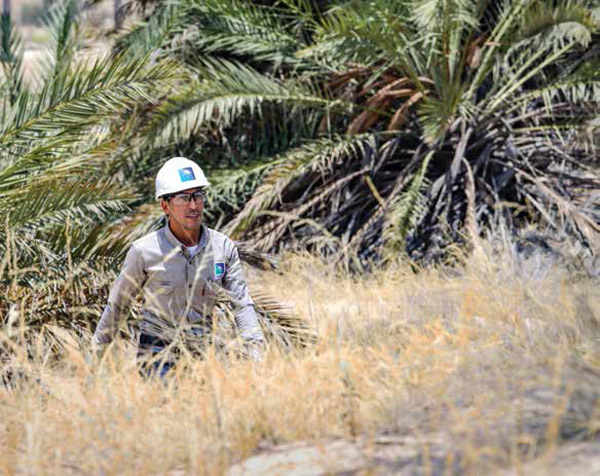 Starting with a gap analysis, the certification process then involved an initial assessment, assessment, followed by a main and finally a surveillance audit. 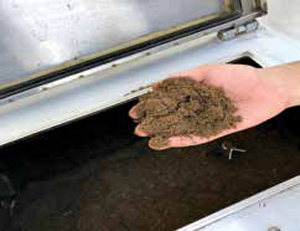 Food and garden waste at Berri Gas Plant is tossed into a steel-encased compost machine, where it is converted into high-quality organic fertilizer in approximately 24 hours.

A three-month trial has seen organic waste converted into high-quality organic fertilizer for use in landscaping, and as an additive to enrich soil.

Berri Gas Plant tested depositing leftover food and garden cuttings into an industrial composter instead of having them end up in a municipal landfill.

Specialized natural microorganisms quickly and safely break down the waste into fertilizer for use in landscaping. It can also be used as an enriching soil additive, helping reduce landfill use and associated carbon emissions.

Converting organic waste proved to be valuable, calculating out to save the operation $94,185.25 each year in related disposal costs, and the site is looking to purchase a permanent composter.

“The stainless steel composting machine uses only 350 kilowatt hours/ month, and it is designed to expedite composting while minimizing odor,” said environmental coordinator Homoud N. Mutrafi, who adds that composting can be practiced virtually anywhere in nature, at homes, and in the garden.