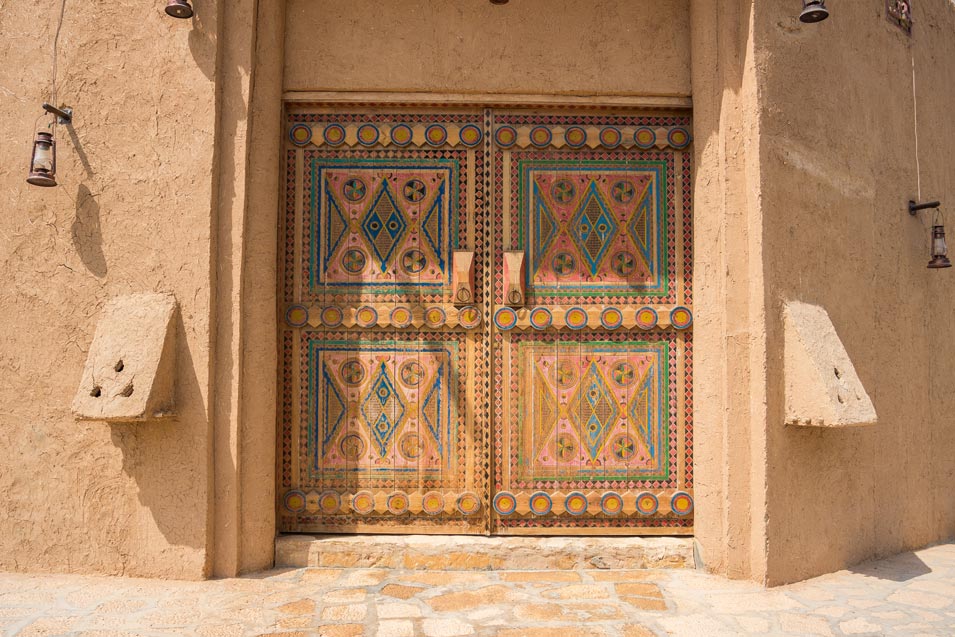 Aramco ExPats are all too familiar with the scenario. After describing the wonders of Saudi Arabia to a friend with gypsy feet who’s eager to experience these magical places for him- or herself, the realization sets in about how difficult it is for a curious would-be tourist—one who is neither an Aramcon, nor a member of an Aramcon’s family, nor a Muslim pilgrim, nor a businessperson with business to do in the Kingdom, nor a diplomat—to obtain a Saudi visa. Happily, such problems are now hardly-missed relics from the past. AXP is delighted to report to our readers that, in late September, the Saudi government began issuing tourist visas for the first time.

“Opening Saudi Arabia to international tourists is a historic moment for our country,” Ahmad al-Khateeb, chairman of the Saudi Commission for Tourism and National Heritage said in a statement. “Visitors will be surprised by the treasures we have to share—five UNESCO World Heritage Sites, a vibrant local culture and breathtaking natural beauty.”

“To those thinking of visiting Saudi Arabia, you won’t find a warmer welcome anywhere in the world,” he added. “And you won’t find a people prouder to share the riches of their land with you.”

And Aramcons certainly won’t be surprised by the warmth of the Saudi people. It is one of the fondest memories of the Kingdom they carry with them when they return home.

To expedite the application process, an online visa portal—visa.visitsaudi.com—has been opened for use by prospective visitors. Tourists will be charged SAR 440 (roughly $120 USD) plus VAT for a one-year, multiple-entry visa with a 90-day limit on each individual visit. Both e-visas and visas issued upon arrival are offered. Travelers can also apply for a tourist visa at Saudi embassies and consulates. 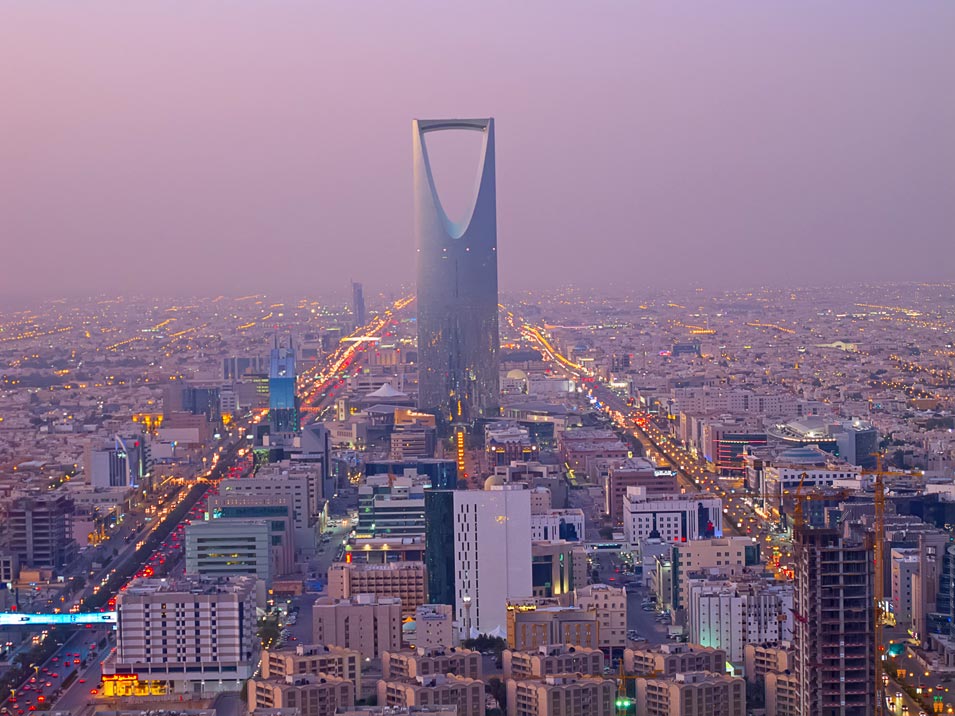 AXP is pleased to report that, according to Google Analytics and our subscription list, our readers include people from every country listed. If your country is on that list, you might consider calling up interested friends and let them know that now is the time to act. This is a great opportunity for all of you to serve as goodwill ambassadors on behalf of the Kingdom and its people.

Beginning already and continuing over the coming years, the Saudi government will be overseeing the investment of tens of billions of dollars into the country’s tourism sector, with funds from its own treasury bolstered by significant foreign and domestic investment. This is all a part of a concerted effort to expand the foundations of the Saudi economy beyond oil and oil-related industries. Today, tourism contributes 3 percent toward the Kingdom’s GDP; they aim to raise that figure to 10 percent by 2030, creating in the process a million new jobs, improving infrastructure, and developing, maintaining, and upgrading cultural, historical, and entertainment sites. They mean to address the expected need for 500,000 new hotel rooms over the next decade.

Over the centuries, a succession of Arabian powers has welcomed hundreds of millions of Muslim pilgrims on their way to the holy cities of Mecca and Medina. Added to that, in recent times, Saudi Arabia has greeted countless citizens of its Persian Gulf neighbors as tourists. Beginning now, the welcome mat is out for citizen tourists from dozens of new countries. 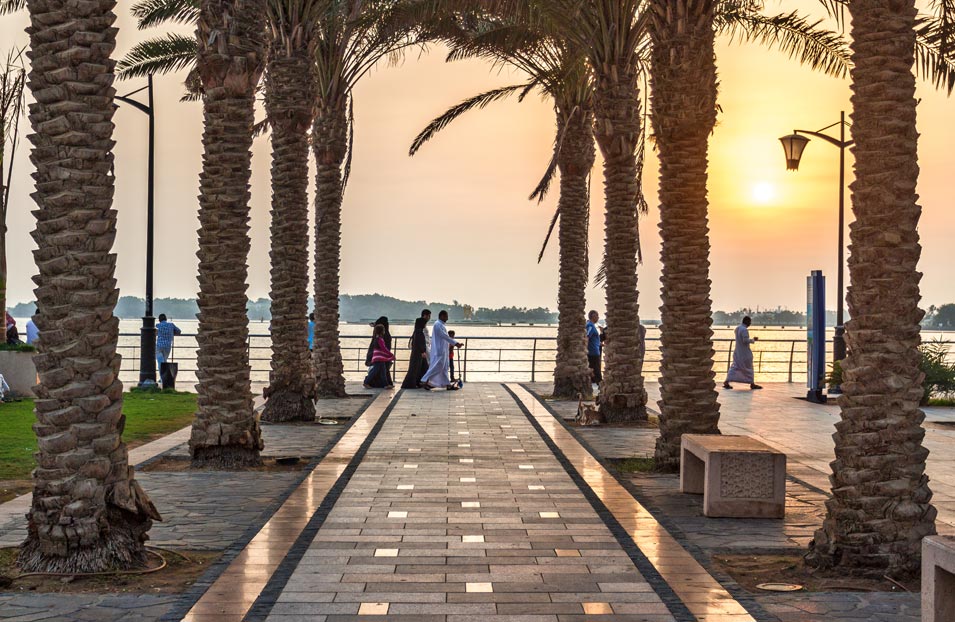 In a significant change from previous practices, women visitors will not be required to wear an abaya. However, be advised, “Women should cover shoulders and knees in public,” a Saudi spokeswoman said recently. “Both men and women are asked to dress modestly in public, avoiding tight-fitting clothing or clothes with profane language or images.”

Historic destinations expected to attract tourists include the Kingdom’s five UNESCO World Heritage sites: Madâin Sâlih; the Turaif District in ad-Dir’iyah; historic Jeddah; the Rock Art of the Ha’il Region; and Al-Hasa Oasis (all of which were featured in AXP’s “The Seven Wonders of Arabia” series.

New destinations expected to lure tourists as well include the futuristic city of Neom, currently under construction, and a new resort city on the Red Sea coast.

High on the list of natural attractions is the Rub’ Al-Khali (Empty Quarter) region. With its wondrous wealth of undersea treasures, the Red Sea will no doubt be a favored destination.

A series of events attractive to foreign tourists have been launched, including a Formula E car race and a professional golf tournament. Last December, a concert featuring Andrea Bocelli was staged at the ancient Nabataean rock city of Madâin Sâlih in the al-Ula region. More events like these are planned in the future.

Tourism is one of the centerpieces of Crown Prince Mohammed bin Salman’s Vision 2030 reform program. By 2030, the Kingdom hopes to be attracting 100 million visitors annually from neighboring states and from elsewhere in the world.

The next time someone expresses an interest in visiting Saudi Arabia, you can encourage them to pursue their dream fully confident they’ll be able to secure the necessary visa. And when they arrive there, you can be fully confident as well that the Saudi people will welcome them with a friendly marhabaan the same way you’ve been greeted yourself so many times before.