Jiddah is a city that hosts great contrasts: on the one hand, it is a large, modern metropolis, and on the other, it is has always existed.

Some say the city houses the tomb of Eve, from which the name of the city is said to be derived: جدة “Jaddah,” meaning “grandmother.” On one side there are modern buildings and malls; on the other side the old city, Al Balad, with its ancient buildings and souqs. It is a wonderful combination that makes this coastal city lying on the Red Sea different from all other cities in the country.

There is no detail that can be overlooked if you want to enjoy this complicated combination. On the roads, there are modern open-air sculptures and works of art, usually on traffic roundabouts, designed by international artists and installed on the orders of former mayor Mohamed Said Farsi, who wanted the city to look like a cultural masterpiece. 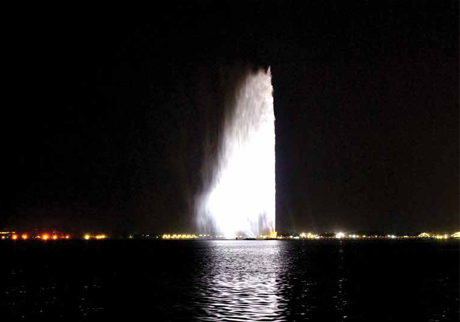 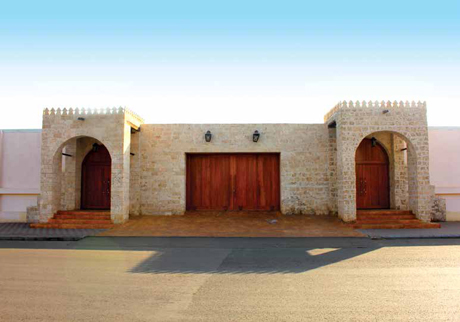 On the promenade by the water, you can park your car and enjoy a long walk. The whole setting invites you to savor every step while being lulled by the sea breeze. The promenade is interspersed by beautiful white walled mosques that overlook the sea. One in particular, Al Rahma mosque, is a turquoise- domed structure built out across the water and anchored to the shore by a low walled walkway. Known as the “floating mosque,” at high tide it appears to hover over the swell.

At sunset, the King Fahd’s Fountain lights up. At 312 meters high, it is the tallest fountain in the world. Three large pumps work to supply the 625 liters of water per second it uses, pumped out at an incredible average speed of 375 kilometers per hour. Another modern record that Jiddah can boast is its flagpole in King Abdullah Square. Standing at 171 meters, it is the tallest flagpole in the world — since its installation in 2014. 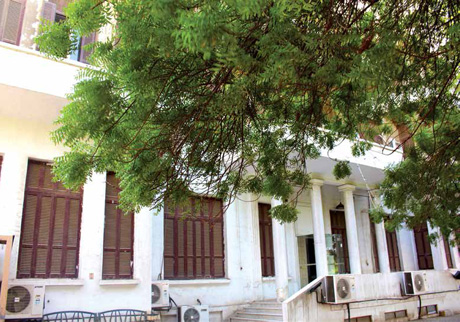 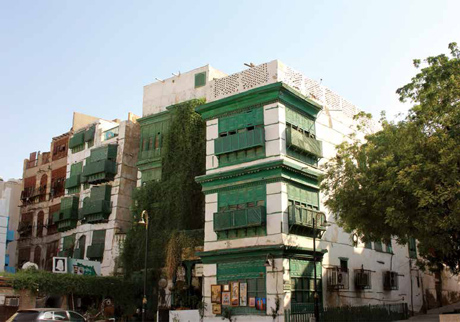 The modernity of Jiddah can also be savored by going to the private beaches, where you can enjoy snorkeling and scuba diving to see the rich coral reefs, or enjoy a simple boat trip. From Obhur Creek, north of the city, you can rent boats with a crew to guide you around this luxurious residential area.

Then, there is the old town, Al Balad. In 2014, UNESCO added the area to its list of World Heritage Sites, citing the neighborhood as “an outstanding reflection of the Red Sea architectural tradition.” Here there are intricately designed white buildings, several stories high, built using coral and boasting elaborate hand-carved wooden shutters and colorful rawasheen balconies, known as mashrabiyyahs. Some are painted bright green or blue, others are naturally brown. The houses were built between the 16th and early 20th centuries, during which time Jiddah grew from a small fishing settlement to a fortified walled city, largely thanks to its position on the Indian Ocean trade route and as the gateway to Makkah. 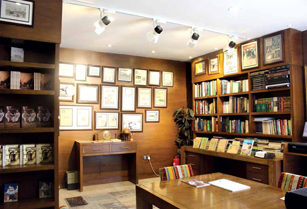 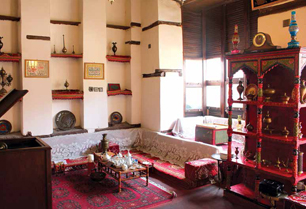 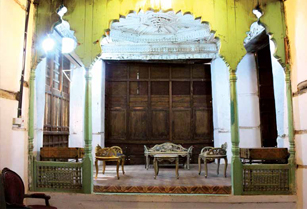 All across Al Balad, the houses have been built closely together. The shadow of one building falls on the next, shading them from the sun. Inside, rooms are spread out on several stories. In the old days, the ground floors were kept for offices and commerce with living quarters upstairs. Most families would also rent out rooms to pilgrims on their way to Makkah.

Meandering in the narrow alleyways you feel you are in one of the Kingdom’s most evocative quarters, with merchants’ residences leading to old souqs and traditional bakeries. Behind the buildings peeks the high minaret of the Al-Shafi’i Mosque, the oldest in the city and one of its most important Islamic sites.

Many buildings have been lost, and preservation comes with its own set of obstacles, especially with the tight spaces between dwellings. Al Balad has 600 protected buildings. Many houses have been sensitively restored in recent years. Empty spaces have become quirky cafés or art galleries and woodwork workshops.

From the small patio downstairs to the open rooftop area, Naseef House has been entirely renovated. It was built at the end of the 1800s, when it housed a wealthy merchant family where they received important visitors to Jiddah. From 1925, King Abdulaziz Ibn Saud used the house as a royal residence. The ceilings are high and reception rooms grandiose, and in the middle of the house a wide wooden staircase runs all the way up. The stairs were built for horses or camels to bring food to the kitchen on the top floor.

Jiddah’s motto is “Jiddah Ghair,” meaning “Jiddah is different.” It certainly is different and well worth a visit.