My Path to Learn the Arabic Language

“One language sets you in a corridor for life. Two languages open every door along the way.” ~ Franck Smith

During COVID-19 while going through lockdown, I decided to learn the Arabic language. Arabic is one of the official languages of the United Nations along with Chinese, English, French, Russian and Spanish. In alphabetical order, Arabic comes first out of the six languages.

While working with Saudi Aramco for 33 years, I desired to learn the Arabic Language, but the busy schedule of work and family did not allow me to fulfill it. Despite the hurdles, I joined a night school run by the Saudi Education Ministry for adults, open to expatriates. Following is the certificate issued on the successful completion of Primary school in Arabic. 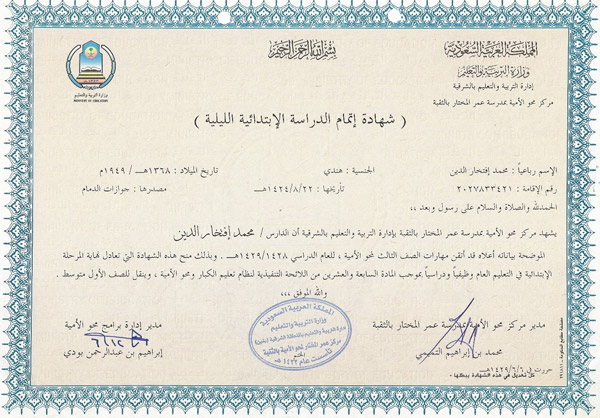 “Knowledge of languages is the doorway to wisdom.” ~ Roger Bacon

After retirement, based on the above quote, I gathered my energies and enrolled in a “One Year Certificate Course in Arabic Language” offered by the “National Council for Promotion of Urdu Language” by the Government of India and successfully completed it in the year 2014.

Following is the certificate received with an “O” grade for "outstanding": 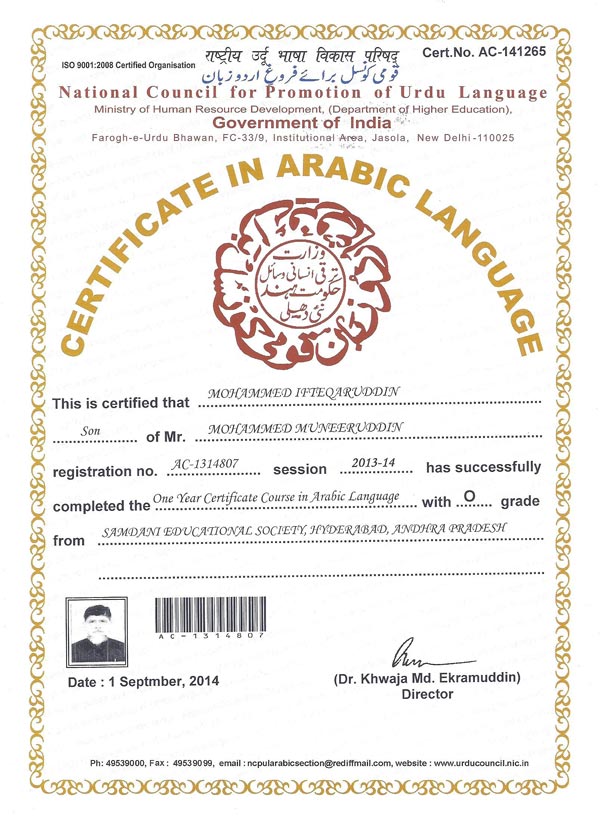 “He who knows no foreign languages knows nothing of his own.” ~ Johann Wolfgang Von Goethe

To bring perfection and improvement in the Arabic Language, after the certificate course, I sat for the “Diploma in Arabic” exam, when the lockdown was relaxed, I successfully completed it in January 2021.

Following is the Provisional Certificate issued by Jamia Nizamia, a century-old institute in my city Hyderabad, India. 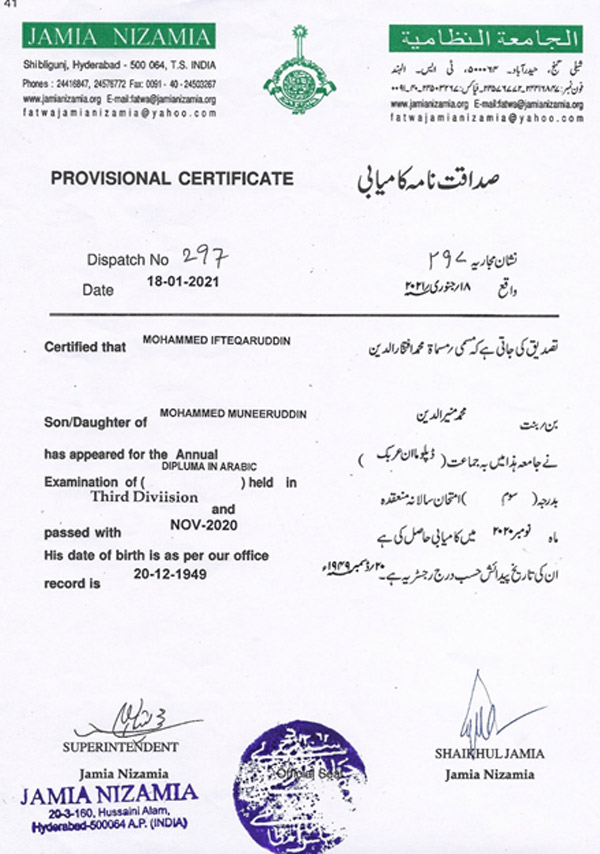 The story of learning the Arabic language started way before the above narrative. When I entered college life that is the Pre-University Course (PUC), I have chosen Arabic as my second language in the year 1966 which helped me a lot when I joined Saudi Aramco. Whenever I have visited the local market for shopping, knowing the basics of Arabic was always an advantage for me.

“A different language is a different vision of life.” ~ Federico Fellini 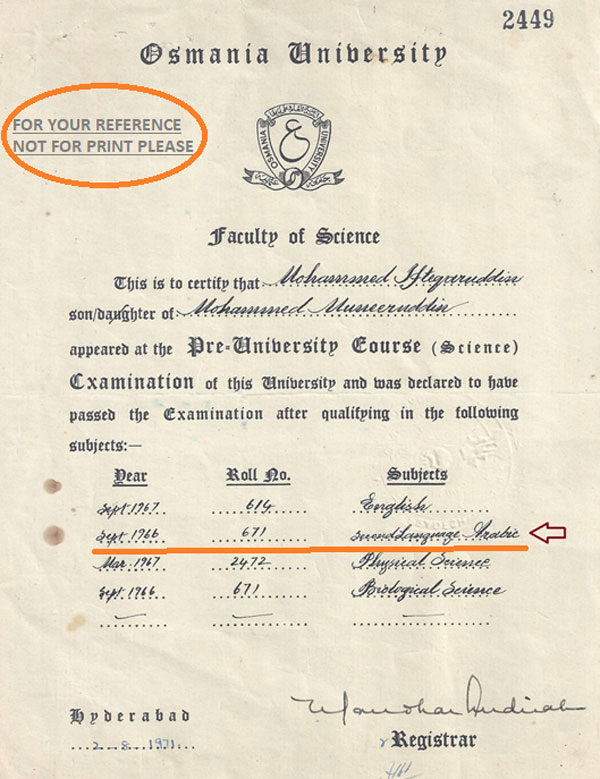 “The art of communication is the language of leadership.” - James Humes

The outcome of the above exercise is to communicate with old Saudi colleagues in Arabic, verbal as well as written, and teach my grandchildren the Arabic language so that in this global village they can speak and understand the Arab world from a different perspective.

For the global readers of this article, for your information, through the internet there are several online free Arabic language courses available, these courses are beneficial as it sharpens the skills, improves memory power, and engages us in a healthy exercise. 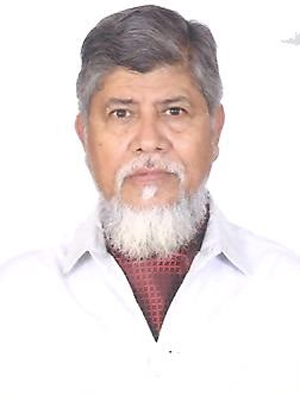