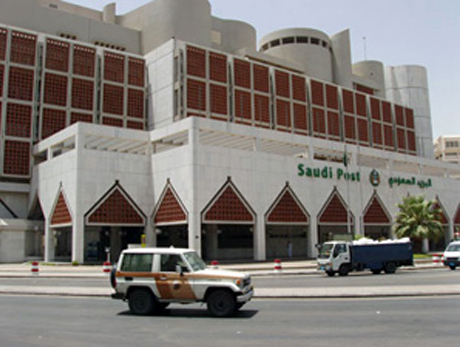 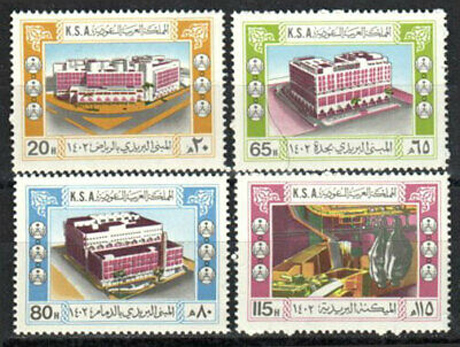 When we go to a post office, it is usually to mail a letter, buy stamps or maybe pick up a package that has arrived. Few of us give it further thought. Particularly nowadays, when we can easily communicate with our families and friends in remote corners of the world by mobile phone, WhatsApp, Skype, or Zoom. How many people mail cards or letters anymore? Even Christmas greetings are via email for the most part. But, in Saudi Arabia 30 years ago, the post office was a big deal - and not the domain of women…or so I was led to believe!

Riyadh’s main Saudi post office is in the heart of downtown, opposite the Ministry of Finance on the way to Batha. Through his position, my husband had access to the US APO mail service which meant that our mail and packages came through Germany on US planes and could be picked up at US facilities in Riyadh. US government employees and embassy personnel have this service available to them as part of their employment overseas.

But, when I wanted to mail a letter, it was simply unheard of that a woman would go to the Saudi post office. It was not the done thing. Simply out of the question. Who knows, the Muttawah (Religious Police) might come along and arrest you, take you to prison and it could take your husband up to 24 hours to locate you! And why were you in the post office in the first place? Clearly the simple task of mailing a letter could rapidly escalate into a diplomatic incident!

Occasionally, however, I needed to mail a letter to my mother in Ireland. It would take a month to arrive through the US APO mail system, probably because it went to the APO Station at the Military base in Germany and then maybe onwards to North Carolina before heading back across the Atlantic once more to arrive in Ireland. Who knows? It is still a mystery to me how the APO system works.

But if my mother’s letter was mailed from the Saudi post office, it went direct to Ireland within 5 to 7 days. Obviously, this was the preferred postal mode. This meant my husband would have to go to the main Saudi post office during his lunch hour. He worked from 7:30am to 2:30pm 5 days a week and he never took a lunch break. But at the lunch hour, the lines in the post office were very long and often he had to stand in line up to 45 minutes waiting to be served.

On one such occasion, when it finally was his turn at the counter, he asked the Saudi postal worker how much a letter to Ireland would cost. The amount quoted seemed slightly higher than expected, and when my husband questioned it, the Saudi immediately said, “Mafi mushikala (no problem), I give you discount!” There was much joviality, laughter and hand gestures and sure enough, there was discount given for mailing the letter to Ireland. These were the days we all remember so fondly when bargaining was part of our daily lives. But truth be told, my husband disliked going to the post office because of the time it took from his work, as nobody else took time off for a lunch break. But, as all good husbands do, he had to keep his wife and his mother-in-law happy.

Then one day, in my 9th year living in the Kingdom, I was in the back of the car coming from somewhere with my driver and there were roadworks ahead. I was in a hurry probably trying to get some place before prayer call and I said to the driver, “take a left and we will wind our way around on the back streets, rather than sitting in this.” As we avoided the congested traffic weaving in and out of the back streets, suddenly there was a flag and a line of men standing outside an establishment that for some reason I thought was a prison. I asked the driver what was going on. He told me it was a post office. Immediately, I told him to stop. Out, I hopped before he realized what I was doing and I headed for the entrance as I had been carrying a letter around for a couple of days that I needed to have my husband mail.

Full steam ahead I strode, up the steps with the mission at hand I intended to accomplish. It was like the parting of the Red Sea as the men looked at me in complete astonishment, speechless as they silently stepped back almost into the shadows to let me pass. Once inside this small neighborhood facility, I found 8 – 10 lines of men all standing awaiting their turn at the grilled windows where Saudi officials carried out their postal duties. Suddenly, one of the Saudi postal workers saw me, smiled and immediately beckoned to me to come forward to his counter. All the men stood back to let me move to the front of the line, and at the same time many of these men in line were urging me on. Greeted with Marhaba, the Arabic greeting for Welcome, he proceeded to assist with the mailing of the letter with glee on his face as his co-workers looked on, also in astonishment. It was a Eureka moment, which I will never forget. I was on cloud 9 for the rest of the day. Nobody told me to get out, that I shouldn’t be there. Now, I find myself asking the question, why was it that we all thought I could not go into the post office as a woman? Was it our perception as expat women, that women did not go into what was perceived to be the domain of men? Were we too long in the Kingdom and had just assumed this was the norm, in spite of what our husbands and everyone was telling us that women do not go to the post office? Was it that the Saudi officials were being kind, yet knowing a woman should not be there but they were not going to tell me? Well, I was not going to let this be my one and only trip to the post office.

Never was the old saying “it’s easier to get forgiveness than permission” more true. Nobody ever told me that I could not be there among all the men present and the sad part of all this is if only I could have found this post office early on when I could have mailed my own letters. From then on, and to the great relief of my husband, I now went to the neighborhood post office when I needed to and mailed my letters. I never encountered another woman there, but that really wasn’t my fault now was it?