Michelin-starred Menu at The Globe in Riyadh 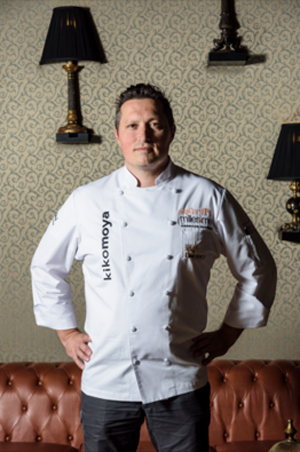 Chef Kiko Moya is the owner of two Michelin stars

Al-Faisaliah Hotel, Riyadh is adding a new level of decadence to the property by introducing a special menu courtesy of Michelin two-star chef Kiko Moya.

Between Jan. 22-26, diners are in for a treat at The Globe restaurant, Al-Faisaliah Hotel, as Moya jets into town to launch an exclusive pop-up dining experience. Moya, the chef of L’Escaletta, located in Alicante, Spain, is the recipient of two Michelin stars. The celebrated Spanish chef will be hosting two cameo dinners at the Saudi capital’s hotel during this period.

Moya’s father Paco Moya was the co-founder and previous chef in the same restaurant, which is today famed for being one of the best restaurants in Valencia. Moya first joined his family in the kitchen at the age of 14, before stints at El Bulli and El Celler de Can Roca. His menu at Al-Faisaliah Hotel will offer gourmet travelers and Riyadh residents dishes that are “full of delicacy, skill and, above all, traditional Spanish flavors.”

“Diners at The Globe will now get the opportunity to sample fine Spanish fare without having to hop on an airplane. Located in the spectacular golden sphere that tops Al-Faisaliah Tower, this dramatic three-story dome restaurant offers a unique perspective of the Kingdom’s first city and serves delicious modern European cuisine which can be enjoyed with beautiful panoramic views of the city all coming together to create an unmatched, fine dining experience,” a press release said.

This dining experience promises to be a once-in-a-life-time opportunity for Riyadh residents and visitors alike. Bookings are now open, with prices starting at SR675 ($180) + 5 percent VAT.