In the early 1960s, Aramco was working to get its second offshore field, Manifa, to begin production by January 1964. 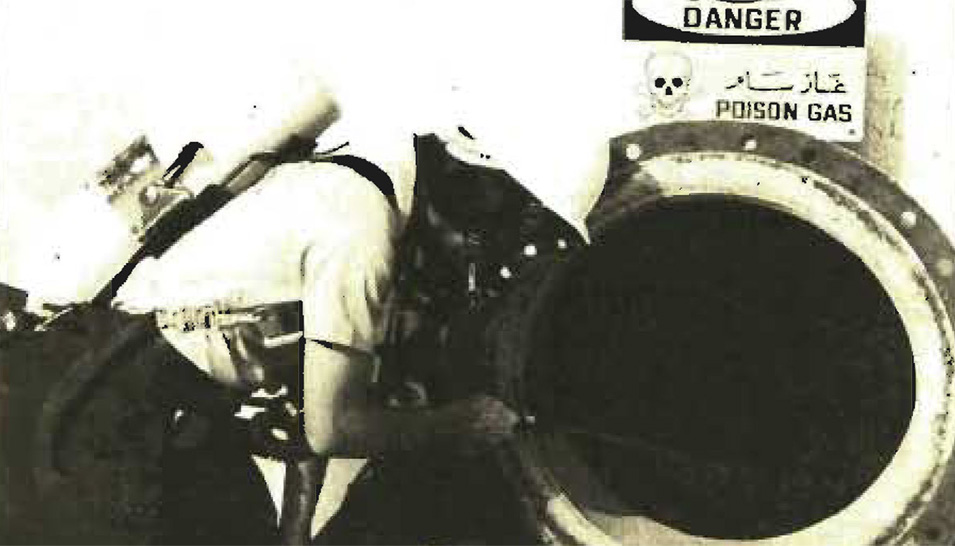 Protected by a Scott Air Pak, Khalil al-Ghamdi checks the oxygen in a storage vessel.

Here are some interesting headlines over the past 70 years. 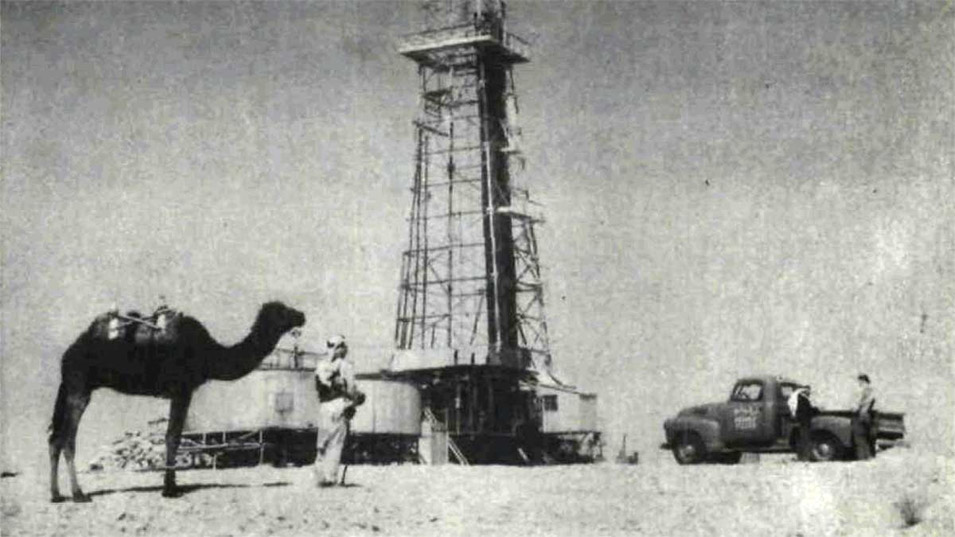 In a report of operations for 1951 to the royal Saudi government, the Aramco chairman said developments last year "continued to advance Saudi Arabia in importance in the international petroleum trade.”

Davies said a new catalytic polymerization plant at the Ras Tanura refinery is expected to be completed in 1953 “to improve gasoline quality and yields.”

Manifa to Start Producing in 1964

Onshore plant equipment will be established on the south shore of Manifa Bay, approximately 70 kilometers south by road from the present Safaniyah camp, and 150 km along the coast northwest of Ras Tanura.

Present forecasts of requirements for Khursaniyah-type crude are 140,000 barrels per calendar day (bpcd) for 1963 and 180,000 bpcd for 1964. The existing capacity of Khursaniyah production facilities is 125,000 bpcd and reservoir engineers do not recommend an increase due to possible excessive pressure decline.

VAC-ALL, shown here in action, was added to the fleet through the joint efforts of the Transportation Department and the Maintenance organization.

VAC-ALL has a net payload volume of 16 cubic yards, equivalent to the load of three dump trucks. It will be used year-round in a variety of industrial applications — for sand removal under and around cross-country pipelines, the cleaning of catch basins, sludge pits and sewer traps, for sweeping, and for removal of sludge from oil storage tanks in preparation for inspection or repair.

This year, more than 200 employees have been trained in a series of courses offered regularly through area fire departments. “Standardizing the program in all Aramco areas to allow for close coordination between certified breathing apparatus trainers and registrants has been a top priority,” said Mohammed al-Otaibi, Central Area fire marshal.

Located on the al-Khobar Road, the Aramco breathing apparatus center at the Fire Training Grounds offers several different courses of instruction. A basic two-hour course covers the correct use of breathing devices and an eight-hour course teaches after-use maintenance. Demonstrations, film presentations and models illustrating the interior components of the devices provide an overall knowledge of breathing apparatus functions. The “Smokehouse,” a five-story training facility can be transformed to simulate onshore and offshore work conditions. 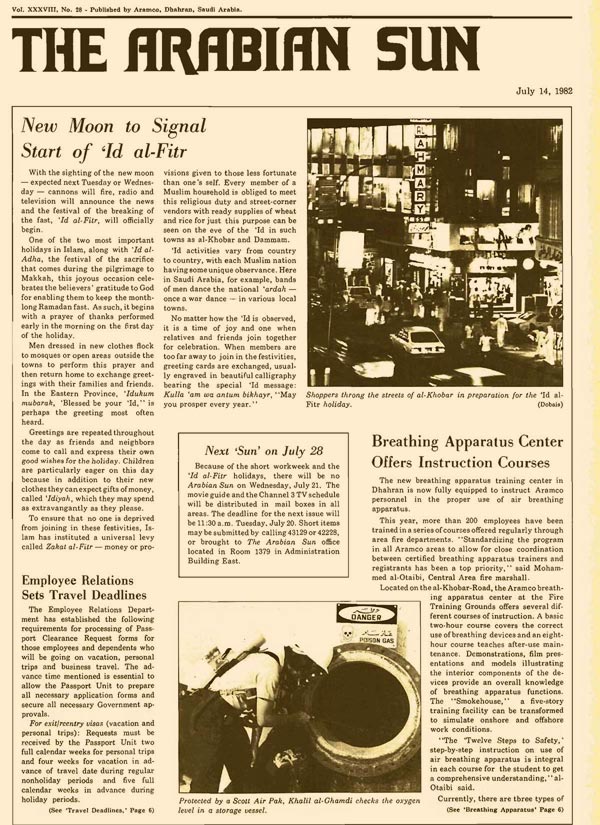 Above, a 203-ton desalter vessel dwarfs men and machines as it is lifted onto its foundations during the Haradh Increment II project.

The achievement, after 10 months into construction of the sprawling Eastern Province facility, included the collective efforts of the Saudi Aramco project team and more than seven contractors.

The project’s safety record belies its aggressive timeline: The project’s gas-oil separation plant, oil pipelines, and other facilities are scheduled to be up and running the first quarter of 2003.

The project is unrelated to the Haradh Gas Project under construction in the same area. 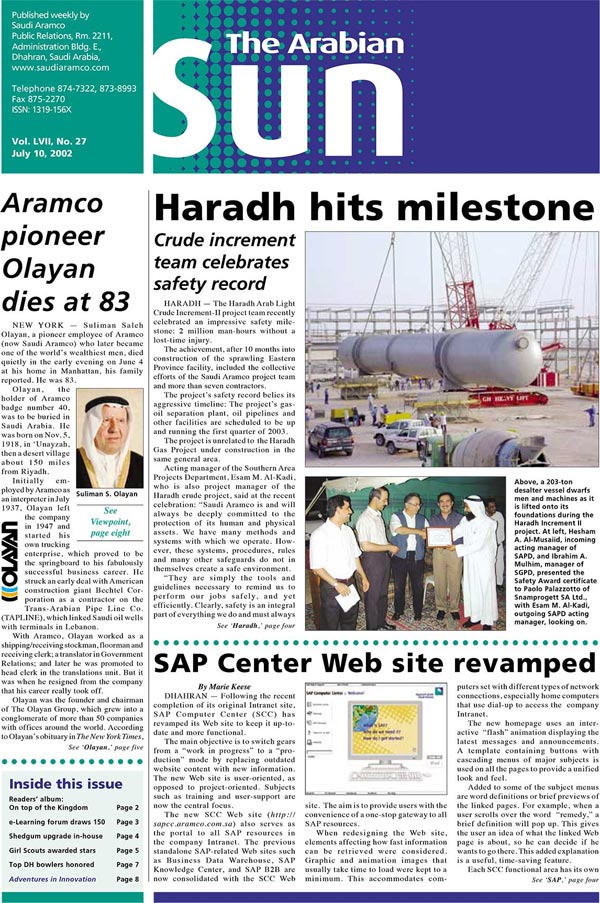