Meet the Saudi Photographer Behind Hajj 2019’s Most Iconic Picture 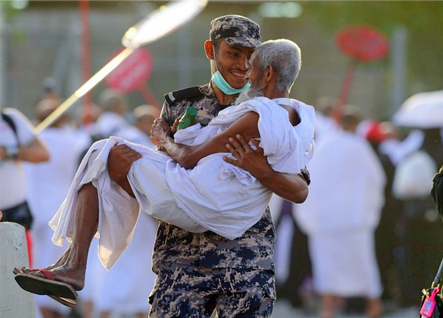 A frail, elderly pilgrim found himself in the safe hands of a Saudi soldier after he spotted him in Mina struggling to complete Hajj rites. (Saud Almosihij / @O03oK) 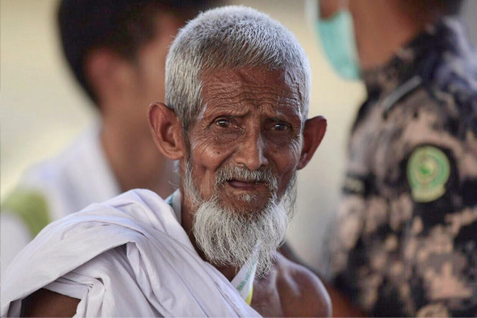 JEDDAH: Photographers capture tens of thousands of images during the annual Hajj pilgrimage, but few are shared widely on social media — and even fewer occupy the coveted spot on the front page of Arab News.

Saudi photographer Saud Almusihij was looking for just such an image on Sunday, as he was keen to enter the Best Hajj Photo competition.

Scanning the throng of pilgrims, he spotted a police officer approaching an elderly man clearly suffering in the heat, with pain in his feet.

“The policeman spoke to the old man, poured water on his head to cool him down, then picked him up and carried him for almost 3 kilometers,” Almusihij told Arab News.

“He had to stop several times to catch his breath, but he kept going until he got the old man to where he wanted to be in Arafat.” 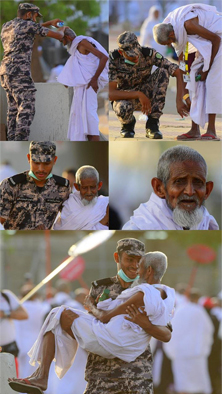 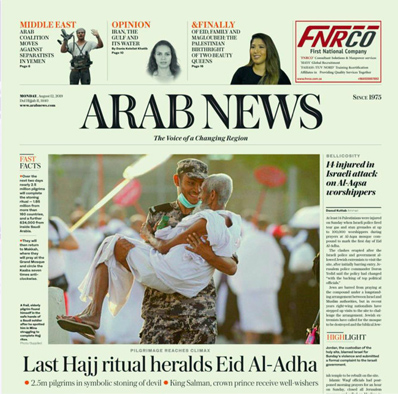 Arab News front page on Monday the 12th of August 2019

To ensure that his photos were natural and unposed, Almusihij made himself inconspicuous for 30 minutes as he watched the act of charity and kindness unfold. One of his images so perfectly captured the spirit of Hajj that Arab News editors selected it for our front page in Monday’s edition, and other media outlets also published it.

“The huge circulation of the photo has inspired me to work more at Hajj, and hopefully I will be participating in as many Hajj seasons as possible,” Almusihij said.