Layakath Could Stand So Still: Vignette from 'Life in the Camel Lane' 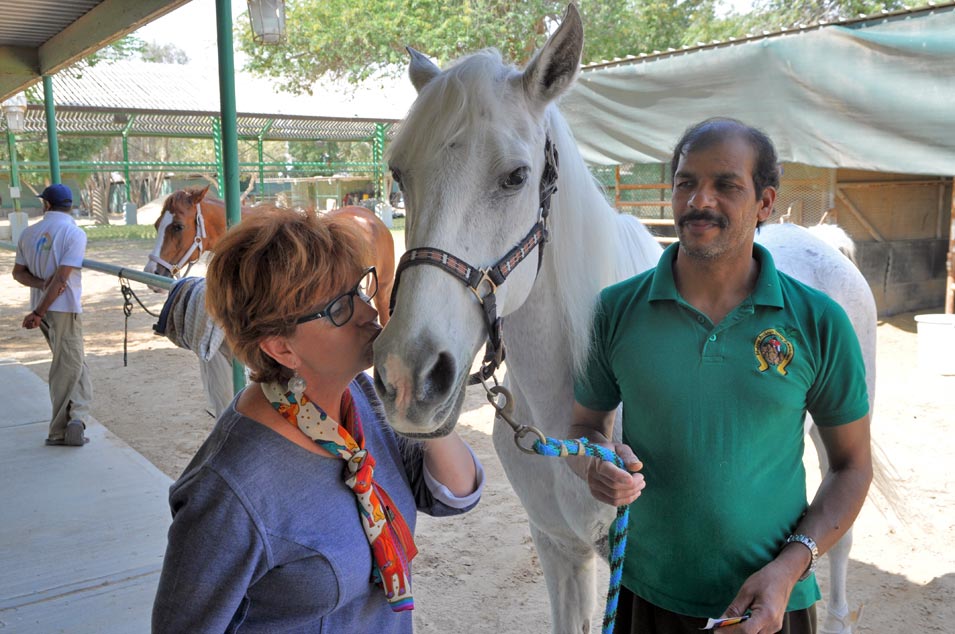 A palpable sensation of peace and power emanated from him. A sarong was usually wrapped about around his waist and with rough keffiyeh fabric wrapping his ears like a package.

Calm, steady stillness poured out of him in every direction while he simply held Autumn Breeze’s halter. He was clearly communicating and managing not only his own energy but that of the 1,800- pound, four-legged beast. Breezy’s head was often still, her eyes quiet, almost closed and barely blinking and her curled eyelashes floating like lotus lilies on a pond.

Shifting from hoof to hoof, she would rest her hindquarters and hold strong, waiting for a signal, be it mental or physical, that it was time to move forward. This sleepy pair of statues seemed like one. Several times per week, this was the sight that greeted us at the Dhahran Hobby Farm, where our horse was stabled.

The company horse farm housed about a hundred horses and was staffed by a team of Indian, Nepalese, Bangladeshi and Filipino fellows who lived, ate, slept and worked with this herd of gorgeous animals. The horses were owned by both native Saudis and ExPats. Owning and caring for a horse in Arabia was one of our exercises in liminal living.

For our daughter’s eleventh birthday in 2003, we purchased a beautiful mare called Wilma from a stable in Bahrain, where she had arrived from Australia. Lynsey promptly named her Autumn Breeze. Owning an Australian quarter horse in Arabia seemed like a dream come true. I had never owned horses before; however, I had learned to ride as a child and enjoyed spending time around them. The horses were a calm, stable influence during somewhat turbulent times in Arabia. They lived in the present and required us to be right there with them. Although we arrived in Arabia with ideas of what we might achieve as a result of parking ourselves in the camel lane, we had never discussed owning a horse. The addition was a spontaneous decision that brought added responsibilities, an entrée into an entirely different world—the world of “horsey people”—and great joy in seeing our daughter grow up with plenty of fun. Owning our horse was a gift that changed our daily routines and expanded our circles. We were constantly interacting and working closely with the grooms who managed the care, feeding, walking and well-being of our animal. 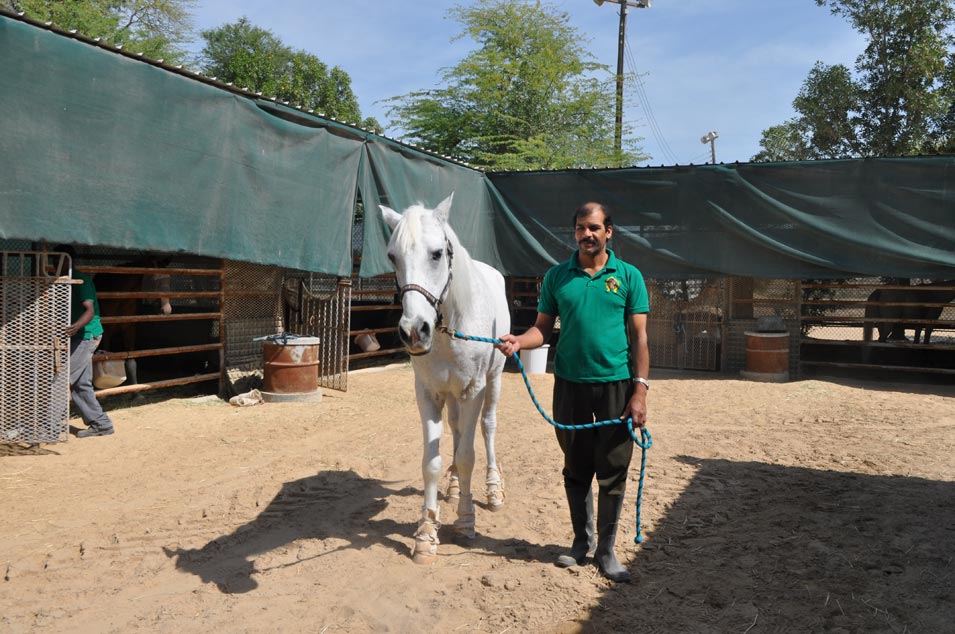 Our groom Layakath was Nepalese. His family lived close to the Indian-Nepal border. A devout Muslim, he was quiet, steady and one of the most substantial human beings I have ever met. Watching him attending to the duties of caring for the five horses he was responsible for was like observing effortless elegance in action. He seemed to juggle his responsibilities and life with quintessential Eastern ease. To me, he seemed to be chopping wood and carrying water, as the Buddhists recommend.

I arrived in Arabia as one person, but I certainly departed as another. The care and keeping of our horse was just one cross-cultural adventure in partnering with others who were different, neither more nor less, right or wrong, just different. I feel like I was changed at depth by the day-to-day interaction with Layakath.

The Oxford dictionary describes a paradigm as a worldview, usually subconscious, that affects all of our thinking. Whether I knew it or not, my paradigms were always working and always on display to the world in the form of my imagination, memories, perceptions and intuition. Being grateful for the accident of birth in Scotland as a female instead of in Nepal as a male was one of them. I had not necessarily earned my comfortable life, but I could surely learn from observing Layakath’s life and the sacrifice of living.