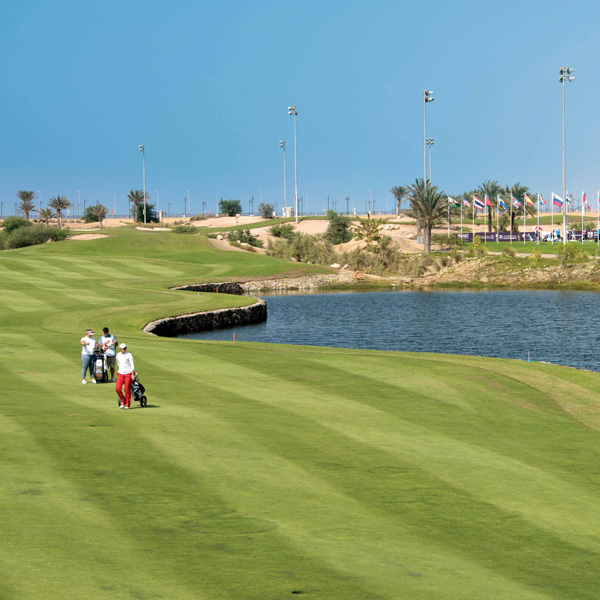 Jiddah — On Nov. 15, Danish golfer Emily Kristine Pedersen was crowned as the winner of the first Aramco Ladies International Golf Tournament. The tournament, held at the Royal Greens Golf and Country Club in Jiddah, was the first ladies’ golf tournament held within the borders of Saudi Arabia. The event was the Kingdom’s latest effort to promote sports events in general, and women’s sporting events in particular.

The four-day event, held on Nov. 12-15, was presented by the Public Investment Fund, and hosted by the Saudi Golf Federation, with Aramco as a title partner for the event. By supporting the tournament, Aramco aligns itself with the Kingdom’s Saudi Vision 2030, and its ambitious goals of promoting culture and entertainment for the Saudi public, diversifying the economy, and encouraging participation in healthy lifestyles. The Aramco Ladies International also highlights the major strides the Kingdom has made in providing new opportunities to women, including the participation of women in sports.

The tournament is a Ladies European Tour (LET) sanctioned event, gathering more than 100 LET professional players, with many leading female international players competing for the first time in Saudi Arabia. Participants in the four-day, 72-hole tournament were competing, not only for a record $1 million prize fund, but also the prestige of being the first winner of this inaugural tournament.

In alignment with the Kingdom’s efforts to enable equal opportunities for women, title partner Aramco worked to create an experience to showcase the full potential of women within the Kingdom. The sponsorship also reflects Aramco’s commitment to women’s empowerment and inclusion in sports and the workplace. Aramco intends to continue supporting the growth of Saudi Golf within the region, and inspiring the next generation of women participants in the sport.

A Memorandum of Understanding (MoU) was signed between Aramco and the Saudi Golf Federation on Nov. 11.

The competition was broadcasted domestically and internationally to over 340 million homes across more than 55 countries.

The tournament follows a series of initiatives in Saudi Arabia to promote women’s participation in various sports. As such, the Aramco Ladies International Golf Tournament is both a historical milestone and further proof of the Kingdom’s commitment to accelerate the advancement of women in sports, in the workforce, and in society.