Kokals Bid Farewell to the Kingdom After Almost Three Decades

Longtime Aramcon says biggest achievement has been coaching and mentoring hundreds of young professionals and researchers. 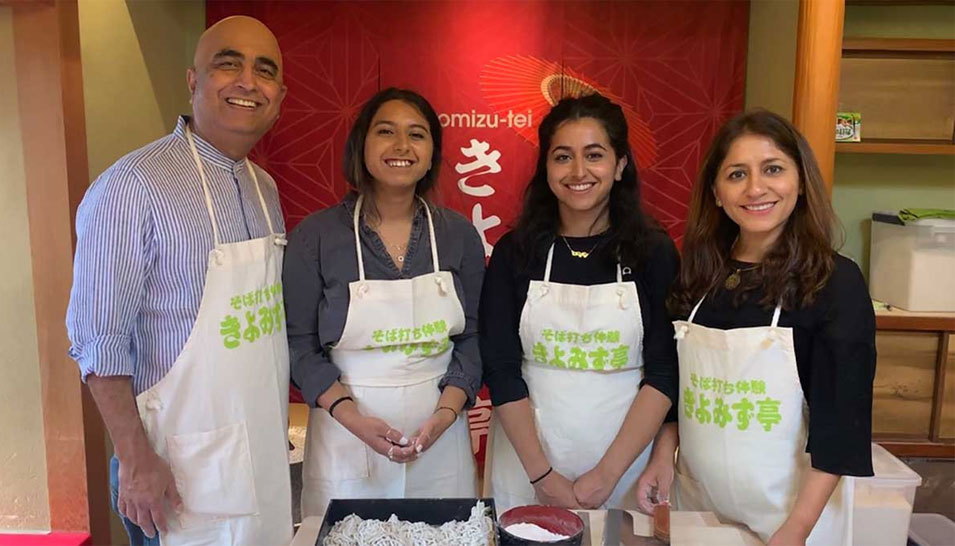 Sunil and Sapna Kokal are retiring after almost three decades at Saudi Aramco. They arrived from the extreme cold in Calgary, Canada, to the extreme heat of Saudi Arabia in 1993.

Kokal’s journey and career in the company has paralleled the establishment of research and development (R&D) culture in the company.

Starting with a small organization in what was then known as the Saudi Aramco Labs Department, with 100 researchers located in Building 137 and its annex, Kokal served in a number of research positions as the company’s research needs grew. The Labs Department became the Labs R&D Center in 1995 and then the R&D Center in 2000. When the company created two separate research departments in 2007 — the R&D Center for downstream research and the Exploration and Petroleum Engineering Center – Advanced Research Center (EXPEC ARC) for upstream research — Kokal migrated to EXPEC ARC. The latter department had two targets: (a) increase discovery (the resource pie), and (b) increase recovery (get more from the pie). Today the combined strength of both EXPEC ARC and R&D folks is over a 1,000.

At EXPEC ARC, Kokal was appointed the Focus Area Champion of Enhanced Oil Recovery (EOR). Kokal and his team built labs from scratch and conducted research studies to generate data. One of the top projects during this time was a pilot for CO2 injection and EOR. Kokal led the effort for conducting simulation studies, designing the pilot, drilling of wells, first water injection, and then CO2 injection. That project has been a great success and a flagship for the company’s sustainability efforts.

His biggest achievement has been coaching and mentoring hundreds of young professionals and researchers. He was the founding chair of the Researcher Development Program at EXPEC ARC.

Sunil reflected on his journey and says, “Success definitely means a purpose and legacy: A purpose to do your best, a purpose to excel, a purpose to help and establish, and leave a legacy.”

“Success also means when your kids and your mentees do better than you.”

Looking at the company’s recently constructed EXPEC ARC building, and the young professionals moving into leadership roles, he says, “We are in the golden era of research and innovation in Saudi Aramco.”

Sapna Kokal, for her part, left her position in Saudi Aramco Expatriate School’s (SAES) administration after almost 15 years of service. Her roles both at the Dhahran Hills School and in SAES’s central office are the highlight of her life in Saudi Arabia. Sapna kept her plate full as a mother and involved community member, serving as a Girl Scout leader and organizer for multicultural events in Dhahran. Lately, she has taken her long-standing passion for food to the next level, creating a regular food blog and contributing many recipes to Aramco Life.

The Kokals will be going to Toronto, Canada, to spend time with their kids. Their email addresses are sunil.kokal@gmail.com and sapna.kokal@gmail.com. They would love to hear from their Aramco family in the coming years.