"It is our people that have shown the world the true character of our company, even during the most difficult times."

Dhahran — When you are in the leadership game, resting on your laurels is not an option. Such is the case for Aramco’s Upstream research arm, the EXPEC Advanced Research Center (EXPEC ARC), which keeps marching forward even during these unprecedented times.

On October 15, 2020, Aramco was recognized at the World Oil Awards Ceremony, held virtually with more than 900 attendees, tripling the typical number. Two awards were received under the categories of Best Water Management Technology and Best Exploration Technology for the groundbreaking research to develop a Low Carbon Footprint and Zero Liquid Discharge, and the Surface Consistent Full Waveform Inversion Technologies, respectively. A worthwhile note is made of the fact that Saudi Aramco is the only major oil and gas operating company among the winners.

At this event, Aramco received 13 nominations, of which 11 were for EXPEC ARC and its affiliated research centers around the globe, propelling the company’s numbers to the highest in its history at this event. One nomination came from the Houston Research Center, and another one from the Moscow Research Center. EXPEC ARC nominees spans 10 different categories ranging from an individual level such as the impressive “Innovative Thinker Award” category, to new innovative ideas as in the “New Horizons Idea Award” category, all the way to the impact of the technology as in the “Best Well Intervention Award” and “Best Water Management Technology Award” categories. An additional noteworthy nomination is in the “Best Outreach Program Award” received by the youngest member of EXPEC ARC Global Research Centers, namely, the Moscow Research Center, which is just 1 year old.

The company looks at these awards as one of the means that encourage EXPEC ARC researchers to propel forward creating technologies that address field challenges and contribute to the bottom-line. As with every endeavor, people are the main asset that help the organization reach higher and higher. “It is our people that have shown the world the true character of our company, even during the most difficult times,” said Nasi r K. Al Naimi , acting Business Line Head, Upstream. 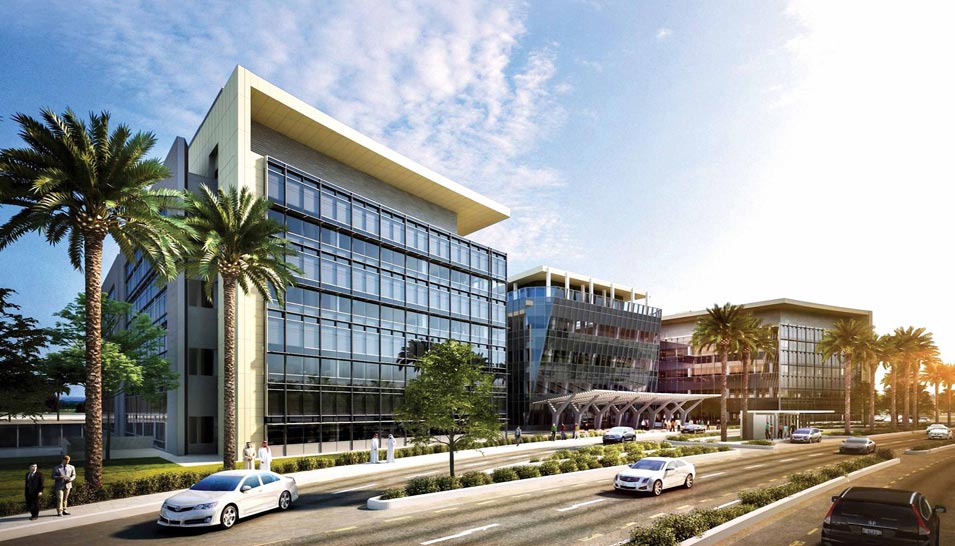 The company is excited to see that its investment in Upstream R&D is already paying dividends in the form of recognitions from industry peers. AbdulHameed A. Al-Rushaid, acting vice president of Petroleum Engineering and Development (PE&D), said, “Contributions from R&D to our Upstream operations is a critical element of PE&D’s strategy of value creation. The practical benefits we reap from our investment in R&D is evidence that we are on the right path to maintain our Upstream leadership position.”

It is not merely the number of the nominations or the multiplicity in some of the categories that is pronouncedly impressive; it is also the breadth of coverage of these award nominations. Saudi Aramco’s EXPEC ARC is nominated in categories that span the major domains of the entire Upstream value chain. “Saudi Aramco’s leadership position is being affirmed solidly every day. This is a loud statement on both the caliber of our people and the support of the company,” said Ashraf M. Al-Tahini, manager of EXPEC ARC.

EXPEC ARC finds itself excited and humbled by the growing number of such international recognitions from the esteemed World Oil Awards organization. This is a good place to be as it provides us with assurance that we are on the right path and the motivation to proceed forward. The awards and nominations in multiple categories of the 2020 World Oil Awards reflect the ongoing dynamic march toward creating new technologies. The Upstream R&D community is abuzz about these recognitions.

For decades, companies operating in the energy industry domains have competed to win one of the reputable World Oil Awards. These awards are coveted because they recognize leaders in the energy sector for innovation and highlight major changes introduced by the honored innovators. Winners of these awards are typically viewed to have contributed changes that have a lasting impact on the industry.

One significant aspect of this remarkable recognition is that i t proves that Saudi Aramco has moved from being a technology consumer to a major technology creator. Collectively, Saudi Aramco came ahead of all other companies and technology providers nominated for this event. In fact, Saudi Aramco’s nominees account for 16% of all selected awardees.

These nominations and awards reflect Saudi Aramco’s commitment to research and development ensuring future generations the economic benefits of a sustainable energy supply. It also highlights the prominence of Saudi Aramco’s Upstream R&D as recognized by the industry.