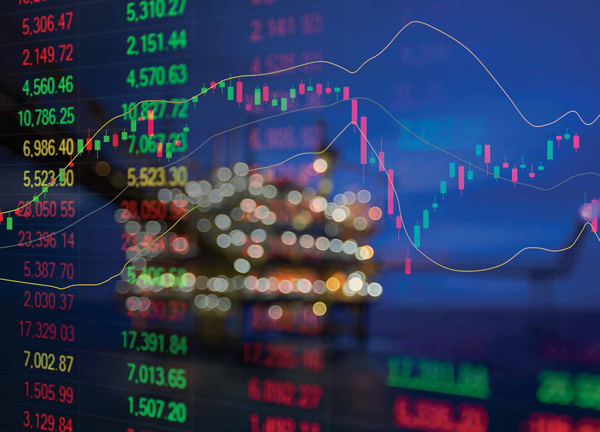 In its recently released annual World Energy Investment report, the International Energy Agency claims that the COVID-19 pandemic is causing the biggest fall in global energy investment in history. However, commentators and top-tier publications have noted that oil has begun a slow but relatively steady recovery from its historic crash.

In a new monthly column, we take a look at what global energy leaders are saying in regard to the current state of the global energy market.

The International Energy Agency (IEA) recently released its annual World Energy Investment report, which claims that the COVID-19 pandemic is causing the biggest fall in global energy investment in history. The organization believes this will deeply impact energy security and slow the planned transition to clean energy.

Analysts and publications are increasingly focused on the future of oil demand and speculating on pricing as oil begins a slow recovery from its historic crash, following decreased demand due to the pandemic.

“Does the pandemic crisis deepen or weaken our commitment to the ambition we set out in February?” asked BP CEO Bernard Looney. “For me and for the (BP) board, it deepens it, and it can accelerate our transformation.

“Being consistent with the Paris goals is not just about emissions; it’s about a company’s overall contribution to getting the world to net zero,” Looney said, as quoted in the Evening Standard, reiterating the company’s climate goals during its first virtual annual general meeting. “That includes activities such as advocating for net-zero, and includes engaging with trade associations to make sure our views on climate change are clear.”

Faith Birol, IEA executive director, noted in CNBC, that the plunge in global energy investment is deeply troubling for a number of reasons. “It means lost jobs and economic opportunities today, as well as lost energy supply that we might well need tomorrow once the economy recovers,” Birol said. “The slowdown in spending on key clean energy technologies also risks undermining the much-needed transition to more resilient and sustainable energy systems.”

a slow but steady recovery

Commentators and top-tier publications have noted that oil has begun a slow but relatively steady recovery from its historic crash, which was caused by decreased demand and altered lifestyles to combat COVID-19.

OPEC producers have expressed confidence that the market is stabilizing as demand shows tentative signs of picking up as some economies ease lockdowns. This helped oil surge about 80% in May. The IEA sees oil consumption eventually rebounding past pre-virus levels due to the combination of economic recovery and lower oil prices, even as some argue that the virus will shift patterns of consumption.

“Global supply is still heading lower while demand is rising,” Bjarne Schieldrop, chief commodities analyst at SEB AB, said in World Oil. “This all lays the groundwork for higher prices down the road.”

Meanwhile, John Kilduf, founding partner of Again Capital, as quoted by Bloomberg, noted that the global market is starting to tighten. “You’ve got constrained supplies in the face of a bit of a rebound, at least in demand, and that is a recipe for higher prices,” he said.