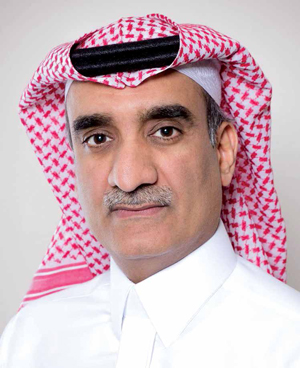 Dhahran — Fahad M. Al-AbdulKareem has been appointed as the executive director of Industrial Services effective November 2020.

Al-AbdulKareem started his career with Saudi Aramco through the College Development Program (CDPNE) in September 1986, and graduated in 1992 as a Mechanical Engineer from King Fahd University of Petroleum and Minerals. Upon graduation, he worked at the Northern Area Oil Producing Fields where he contributed to the commissioning and startup of Marjan and Zuluf Fields, and was assigned in several leadership positions in the Safaniyah Area. In 2004, Al-AbdulKareem was assigned as the assistant to the Northern Area Producing vice president.

In 2014, Al-AbdulKareem moved to International Operations and was appointed as the Aramco Oversees Company president. In 2017, and upon the completion of his international assignment, he was assigned as the acting executive head of the Office of the Chairman.

In 2019, Al-AbdulKareem was assigned as the Southern Area Oil Operations general manager, where he managed oil production from the fields of Ghawar, Abqaiq, Khurais, and Shaybah. Al-AbdulKareem has completed a number of leadership programs, including the IMD Program for Executive Development and the Oxford Energy Seminar.