Creating a Buzz in the Kingdom

With a little help, an al-Baha beekeeper pursues his dream. 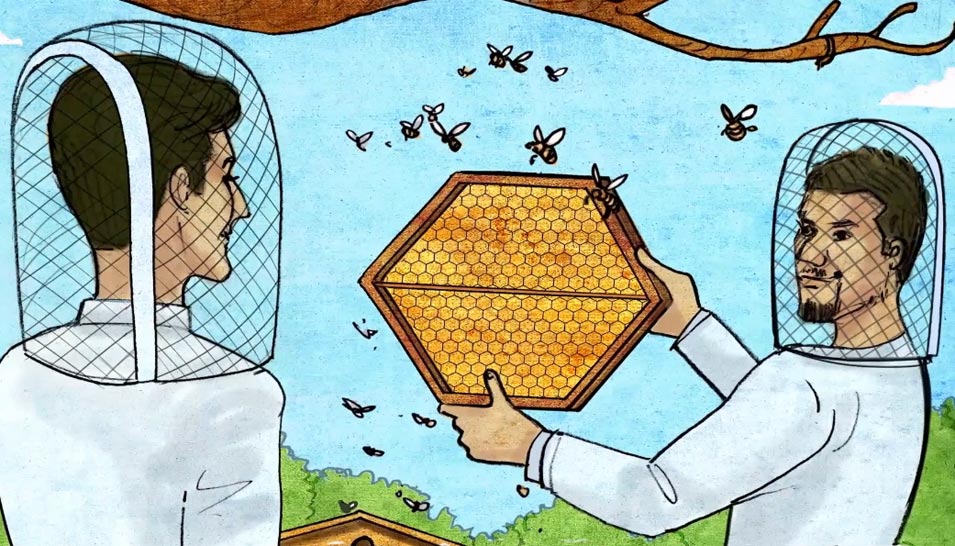 Finding a purpose in life that speaks to one’s heart and soul can sometimes prove difficult. It can take time to find something that ignites your passion.

This was certainly the case for Wael growing up in Al-Baha, a city in the southwestern part of Saudi Arabia. As a child, he daydreamed about his perfect future, but what that was exactly remained unclear.

“Growing up, I felt that people around me knew very well what they wanted to do in life,” says Wael, “it comforted me to know that I, too, will grow into my own role and place.”

But finding purpose isn’t easy for everyone. Wael soon realized that it might take some time to achieve that sense of belonging he’d always dreamed of.

In the meantime, Wael took a job in an office to support his family. His daily routine was unfulfilling, and only increased his lack of direction and purpose. “I started to wonder if finding my perfect place in the world was possible at all,” he says.

Sometimes we find what we’re looking for in the most unexpected places. 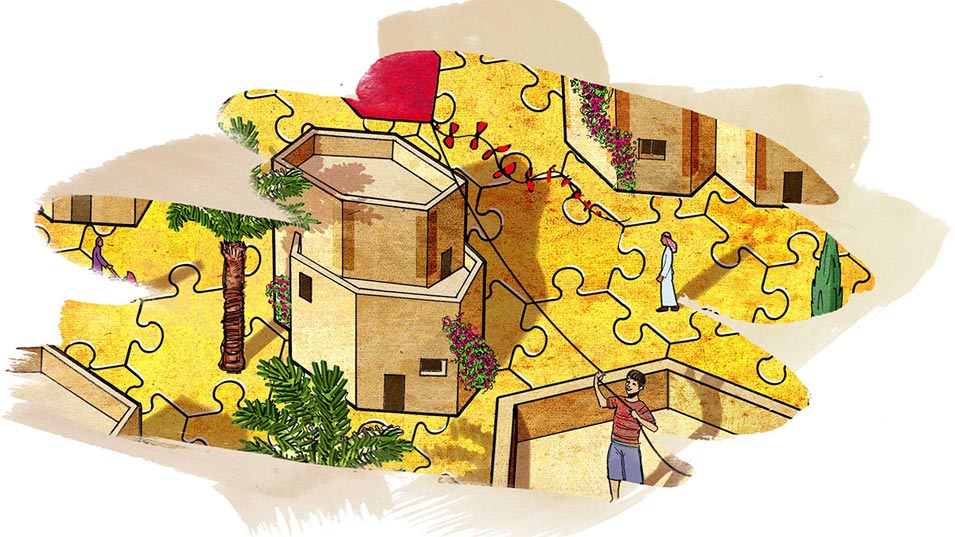 Wael felt that everyone around him knew their role and place in life.

The Buzz of Inspiration

Just a few months into his new job, a colleague showed Wael a beehive he had built with his father. Suddenly, Wael felt inspiration strike. He loved the intricate details in the structure of the hive, and how the bees perfectly fit into this buzzing and industrious insect community.

“I was amazed by the way the bees worked together,” says Wael, “every bee seemed to have its own role, purpose, and place.”

Noticing his interest, his colleague told him all about Aramco’s program offering training and advice to both established and aspiring local beekeepers, and providing them with the tools and equipment they need to start, and tend, a colony and a business of their own.

“I was excited to hear about the program; it was a chance for me to learn something I was interested in and could build into something bigger,” he says.

Buzzing with possibility, Wael decided to take a leap of faith and join Aramco’s beekeeping initiative. 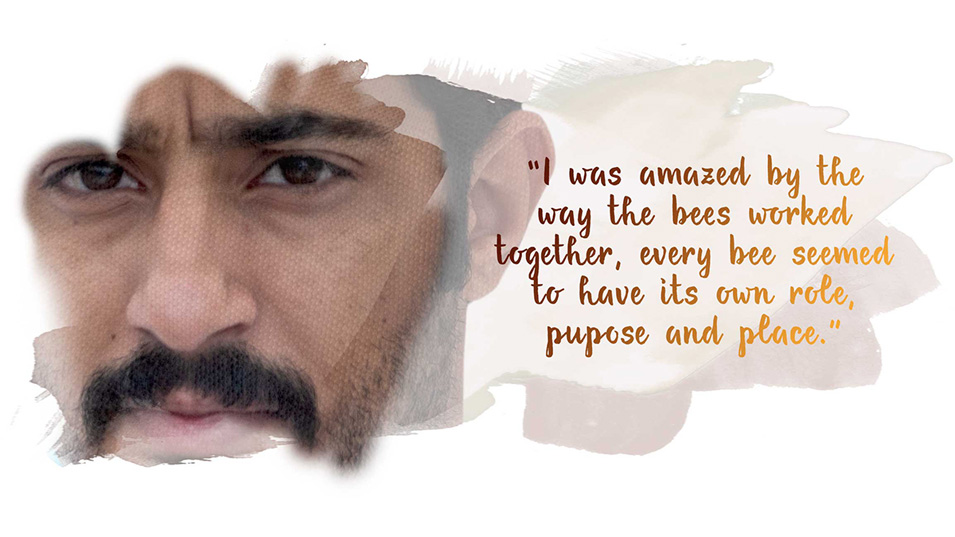 Learning the art and science of beekeeping

Today, Wael is now sure of his purpose and his path.

“I was lucky enough to find out about this program that supports prospective beekeepers,” says Wael. “With the help of some wonderful people I learnt so much about beekeeping. I had people I could talk to so that I could really learn the art and science of keeping bees.”

“And with the gift of hives, I realized that beekeeping could give me a future for myself and my family.”

Honey has been popular in the Arabian Peninsula for thousands of years. Ancient writings record both the delicious flavor of the local honey and its worth as a valuable commodity. It is known as a healthy food with a number of beneficial properties. And it has become a mainstay of sweet treats made in the region.

Beekeeping is a growing industry in Saudi Arabia, and Al-Baha — a city in the southwest of the country — has long been a center for honey production.

Aramco collaborated with the Beekeepers Cooperative Association in Al-Baha to set up a regional training center, providing people on low incomes with the skills they need to become beekeepers. And those, like Wael, who take part in the course are then supplied with free beehives, and all the necessary beekeeping tools and equipment they’ll need to turn theory into practice. 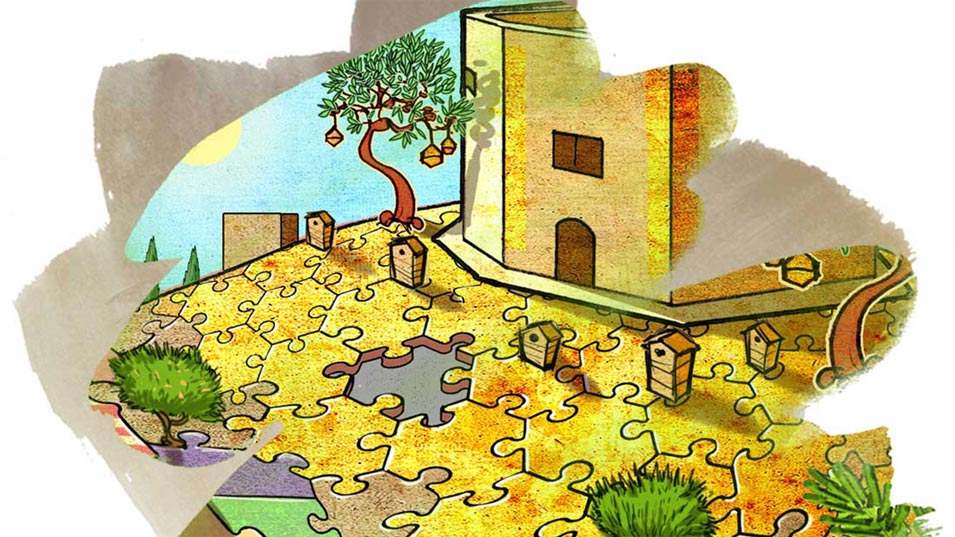 The Beekeepers Cooperative Association in Al-Baha.

With his first hive built and established, Wael set about launching his business. At first it was just Wael’s relatives buying his honey, but soon word spread to the wider community.

“The whole community loves honey,” says Wael, “especially with traditional food. This has been my main motivation to continue in this business.”

The next step was to widen his market.

“The time I spent with the Association defined my approach to all aspects of beekeeping. With a branding and printing company, I designed my own labels. I use Snapchat to market my honey products by taking followers to the hives, showing them the process, and the final product. And I’ve used WhatsApp for sales.”

A Hive of Activity

Seven years on from his first training program, Wael, now 27 and father to a three-year-old son, is facing the future with confidence.

His collection of hives now numbers 150, and he’s weathered and learned from minor set-backs such as a bad season and an attack of bee-killing wasps that reduced his stock.

“I am now back on the road to building my stock up again, introducing native queen bees to new hives, and using the knowledge I gained in the modern beekeeping program to rehabilitate my stock.”

“It is hard to believe that my passion has been transformed into a business. Now I can’t imagine doing anything else.

“For me, it has been not only a successful business journey, but also a really satisfying emotional journey and I hope to pass this on to my own son.” 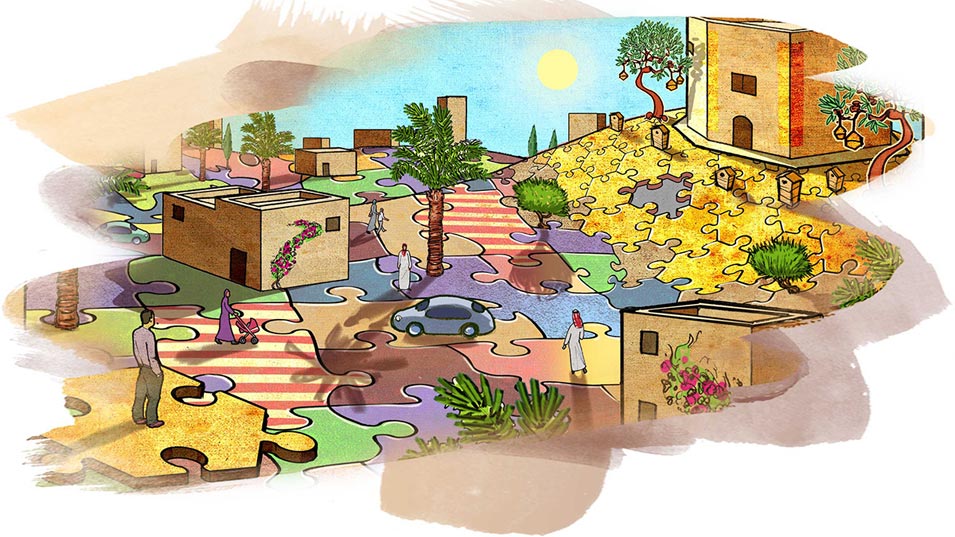 Wael faces the future with confidence as he continues on his successful journey.