Coast to Coast - A Trip to the Red Sea: Vignette from 'Tales from the Desert: An Arabian Memoir' 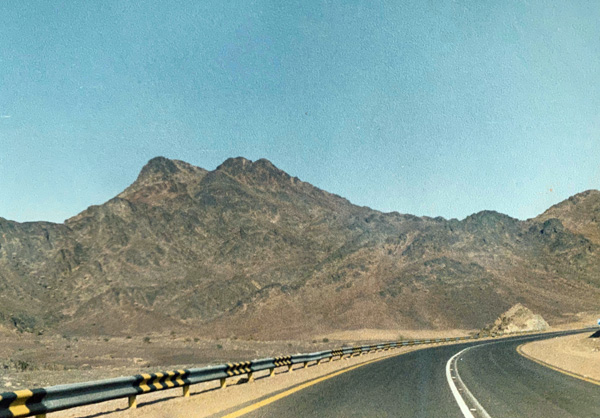 Pulling onto hard-packed sand we moved far enough away from the road to avoid any nocturnal traffic collisions and parked in the shelter of some rocky outcrops. Camp beds were erected and a small gas stove was lit to prepare an evening delicacy of baked beans and beef sausages. We lined up the camp beds very close to the car to afford some protection should the wind get up during the night and also to allow us to seek the protection of the vehicle should we be bothered by wild dogs. 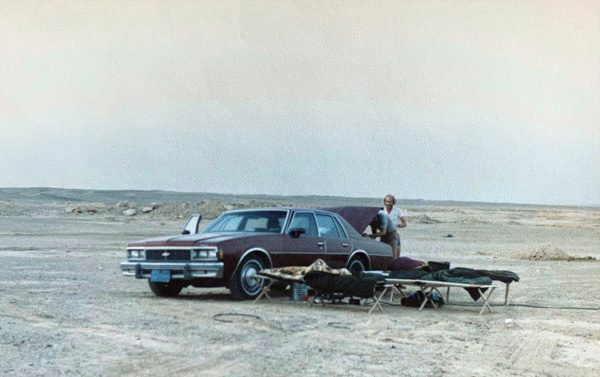 Until you have experienced night in the desert with a cloudless sky and no moon, far away from city lights, it is difficult to describe the infinite array of stars visible above. As we lay on our camp beds in the silent desert, shooting stars and the occasional satellite were the only things that moved among the heavenly host twinkling above our heads. Had it not been my weariness after spending eight hours on the road, I’m sure I would not have slept, so wonderful was the sight. 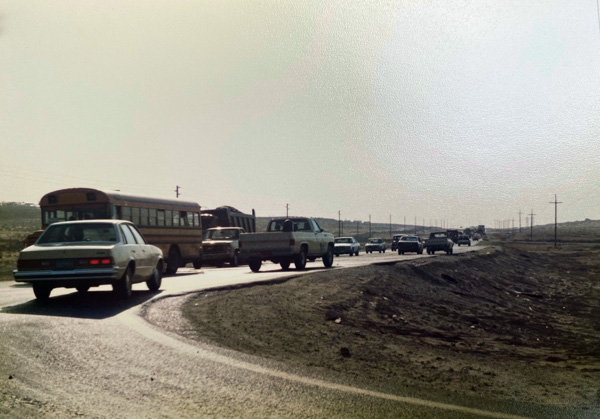 Dawn comes swiftly in those latitudes and the sun was already above the horizon when we awoke at six. Mugs of coffee and bowls of cereal were quickly consumed before we began the second day of our trip, by the end of which we hoped to be close to the Red Sea. It would turn out to be a long and eventful day.