~Written in memory of Clifford Peterson, an online birding friend of mine who worked for Aramco back in the mid-1980s and birded much of the Kingdom.

I was deeply saddened at news today of the death of Cliff Peterson back in April due to complications from advanced Parkinson’s Disease. I never met Cliff in person, but he became an important online friend during my first year in Saudi—the loneliest year when I was away from my family and often out left exploring by myself. His wife, Sharon, messaged me on Facebook through his account and informed me of his passing. She invited me to message her through her account if I wished and there I read a touching post at his passing in which she wrote:

“One of his goals was to make a difference in someone's life every day; and he was usually successful. His brilliance, positive attitude, and wicked sense of humor defied PD for a very long time!” 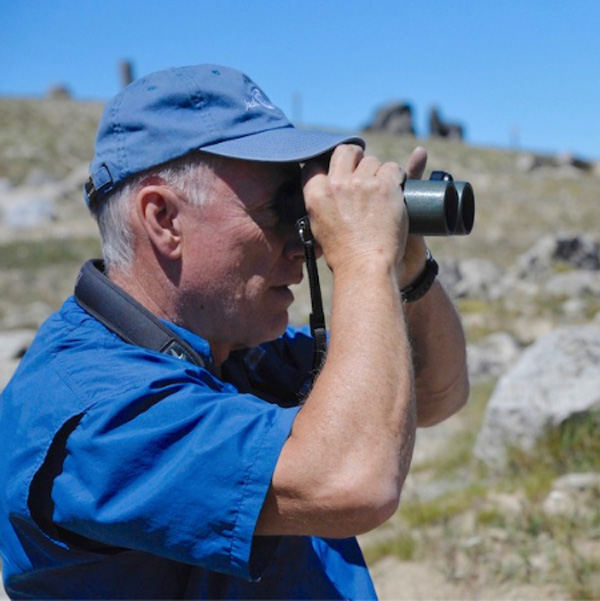 Cliff had been a nature lover and birdwatcher for most of his life.

I wish I had the opportunity to meet Cliff in person and get to know him better, but my sense of him through our correspondence was exactly as Sharon described on Facebook. Some of his later messages were so lucid and poetic in their depth of feeling and thought that he honored me with a glimpse into his soul, a gift I will cherish. The one which stands out for me the most was the last I received from him, not long after Michelle and I returned from our trip to Ethiopia. Cliff had been commenting on many of my photos of the birds we encountered and sharing reminiscences on his experiences and impressions from his visits to Africa. He wrote:

“Africa: the vastness of the vistas—a complex composition, a superfluidity rare on other continents though all elsewhere have equal access to the mundane, identical elements: land and light.

Africa prevails whose resident humanity unseen, assumed or inferred by the brief existence of a distant mist or smoke—‘I am pretty sure it was there a minute ago. You didn’t see it?’— lives a Freedom that visitors may taste—certainly not those on safari whose discerning ways, manners and neo-colonialist assumptions will trap them in high-end lodges with staff whose only duty is to slip the bed-warming iron between the sheets then disappear discreetly moments before the well-healed staggers around the last corner before their room. Mental Note: Damn, now there is something to talk about at Breakfast! They remain oblivious their safari transport—in fact everything is scheduled around Western habits rather than optimum times for game—sunrise and sunset—when the rarely seen, two leopard sleeping in the same tree, or the rarest, Greater Kudu, may be found.

The best Africa with view unimpeded and uncluttered by Western notions of progress and superiority is without pollution, ill-conceived and unsustainable development rationalized for reasons anathema to the truths: conceit, arrogance and hyper acquisitiveness and other excesses of the West. The happiest, most gracious and interesting I always found were well away from the recommended route. Vista is both huge and human scale, and if allowed deeply humbling.”

The last sentence took my breath away as he was responding directly to some of the heavier and disparate feelings and impressions I took away from our trip, a large measure of which was a sense of the sublime—beautiful, awesome, and troubling all at once—and how immeasurably inconsequential I was in the midst of it all. 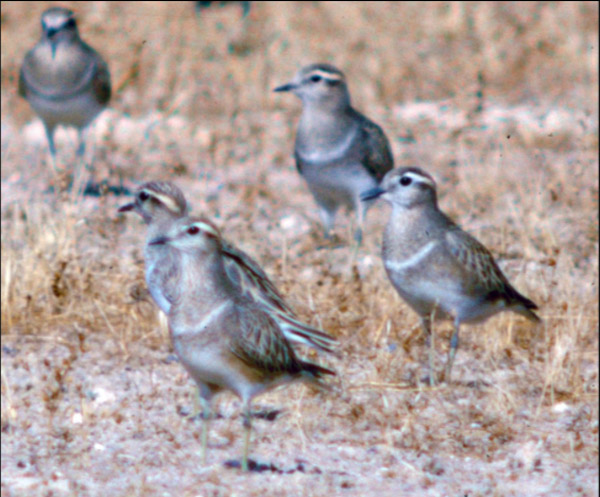 Cliff reported an astonishing 400 Eurasian Dotterel on the Dibdibah Plain in the north of the Eastern Province near the Kuwaiti border back in December 1983.

Of course, Cliff and I became acquainted through a shared love of Saudi birds. He was quite an active birder in the Kingdom during the early 1980s and during his time here he covered quite a lot of ground and wracked up an impressive list of sightings, some of which have been rarely, if ever, encountered since. As the eBird reviewer for Saudi, I had the occasion to contact Cliff just as he was digitizing his photographs and entering them, along with his records from his time here, into eBird, flooding my review queue with tons of mouthwatering sightings, including Red-breasted Merganser, Eurasian Dotterel, Bearded Vulture, and my nemesis bird, Arabian Dunn’s Lark, of which he saw a flock of 60 strong at Jebel Hamra in the Eastern Province as well as in a few other locations. Given Cliff’s made up a large percentage of the scant eBird records from Saudi, he became my go-to guy for advice on the best places to visit and how best to bird there. In the process, he regaled me with tales from his adventures in the Kingdom, which were often quite funny. My favorite involved an encounter with an old Aseeri forager down near Abha. 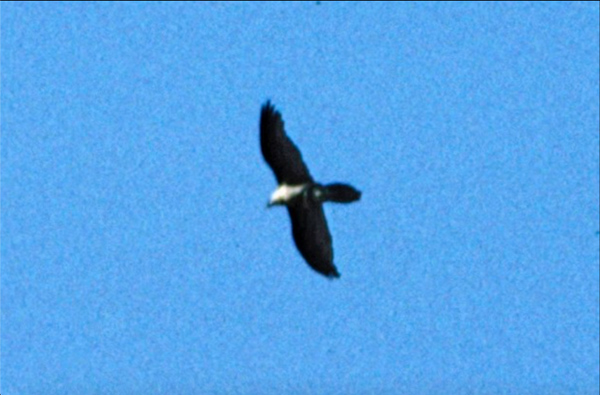 Cliff was one of the few Western birders to have seen Bearded Vulture (aka Lammergeier) in Saudi Arabia.

“The site is perched at the edge of the escarpment and we camped there. We named it Camp Lammergeir but then could have used Camp Lammergeir and Ruppell’s [Vulture]. But this would have been just too much bragging. The following year we returned and just after sunset, this bearded, gray old Saudi is walking straight up the escarpment—you know how steep this is—and was not even breathing hard! He explained that he had gone way down to collect honeycomb and, out of a bag, produced a huge piece of comb still with bees clinging. I don't think that he intended to take it home and make lemony Hot Toddies for his three wives. He did offer to sell the comb to us since, among the men, it would result in zib kabeer. Saudi ExtenZe one might say. But I digress...”

After his last message, it took me a shameful six months to reply and when I finally did, thanking him for sharing his recollections and asking after him and his family in the midst of the pandemic, it turned out to be ten days after he passed. I deeply regret not having gotten back sooner and having had a further chance to get to know the man, learn from him, be inspired by him, and, perhaps, through our friendship offer whatever comfort I could in his final months. I hope to honor him by his example and by spreading his love of birds, if allowed, to those open to the beauty and sublime wonder of this world we share. In memory of Cliff, please join me in making a donation to the Gulf Coast Bird Observatory (GCBO) down in Lake Jackson, Texas, where Cliff volunteered during his visits to the state or to Eden Reforestation Projects’ efforts in Kenya, a country that left as indelible an impression on Cliff as he did on all those who knew him. 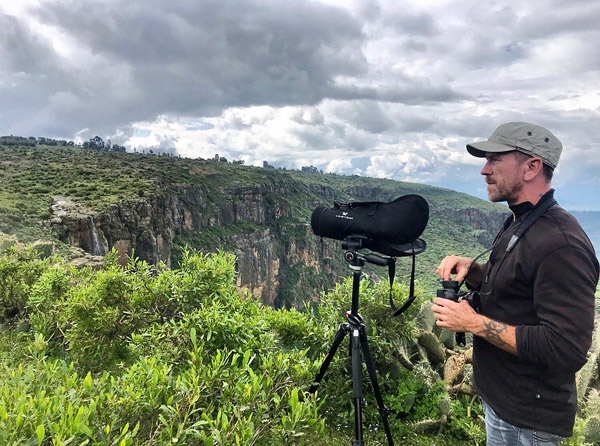