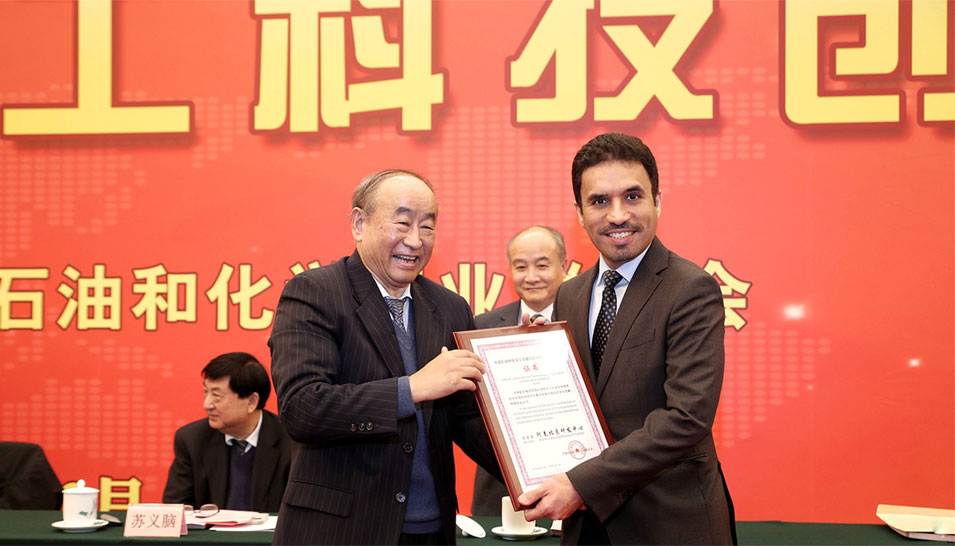 The award recognizes the promotion of cooperative research in the fields of petroleum and chemical industries with China’s universities and research institutions.

BRC director Abdulaziz M. Al Muhaidib received the award on behalf of Aramco Asia during a ceremony held at the Great Hall of the People in Beijing, China.

“We are proud of this achievement, which demonstrates our commitment to working with partners in China to develop high impact technologies that reduce cost and create significant environmental advantages,” said Aramco Asia president Anwar A. Al Hejazi.

The BRC, established in 2015, is part of Saudi Aramco’s global network of research centers and offices working on developing solutions to address challenges in the oil and gas industry.

“This award demonstrates the quality of our research collaborations, as well as the capability of our scientists and researchers,” said Al Muhaidib.

Working with partners on energy solutions
Furthermore, the BRC has completed multiple research projects with leading universities and industry partners, in addition to hosting numerous graduate students for summer internships. Earlier this year, the following researchers were recognized for research and technical excellence, including: