Bahrain by Dhow: Vignette from 'Tales from the Desert: An Arabian Memoir' 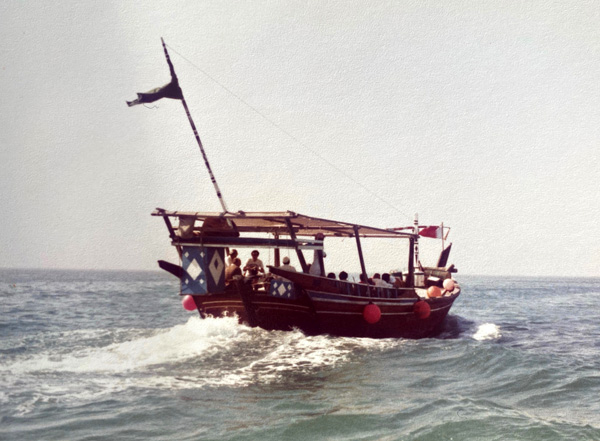 The company had a very active employees association called the Aramco Employees Association (AEA) which organised many activities and trips. Self-directed groups under the auspices of this organisation were given funding by the company and allowed the use of various company facilities. These groups were many and varied with activities ranging from traditional sports, to handicrafts, art and drama, even including the unlikely ‘Arabian Hoedowners'.

There were organised trips to local places of interest within the Eastern Province such as Qatif and Hofuf. One such trip being organised not too long after my arrival caught my eye. This was a very reasonably priced dhow trip to the neighbouring island and country of Bahrain. Today it is linked by a fifteen mile long causeway which, back then was still in the early stages of construction. Bahrain at that time was only accessible by air or sea. It was said that the short ten minute flight from Dhahran was one of the most expensive international flights in the world weighing in at a hefty fifty dollars per mile. 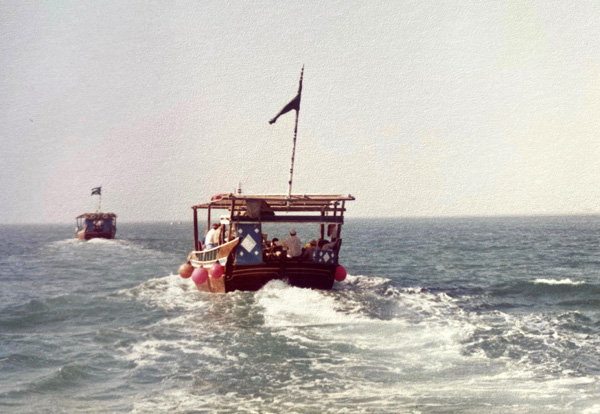 The trip appealed to the romantic in me and I thought it might be something of an adventure. Travelling by dhow and spending the weekend in the more liberal environment of Bahrain sounded like fun. A few friends and I, passports in hand complete with exit re-entry visas, boarded the company bus which took us the short five-mile journey to the small dhow port at Al Khobar.

The trip proved popular and two dhows had been chartered for the journey which would take more than three hours in the ancient vessels equipped with equally ancient motors. The sea between Saudi Arabia and Bahrain is very shallow, averaging only twenty feet with just one or two deeper channels here and there. As the motors chugged away, the low-lying Bahraini coast eventually came into view. The captain swung the dhow on a more northerly course to take us in the direction of the capital, Manama. 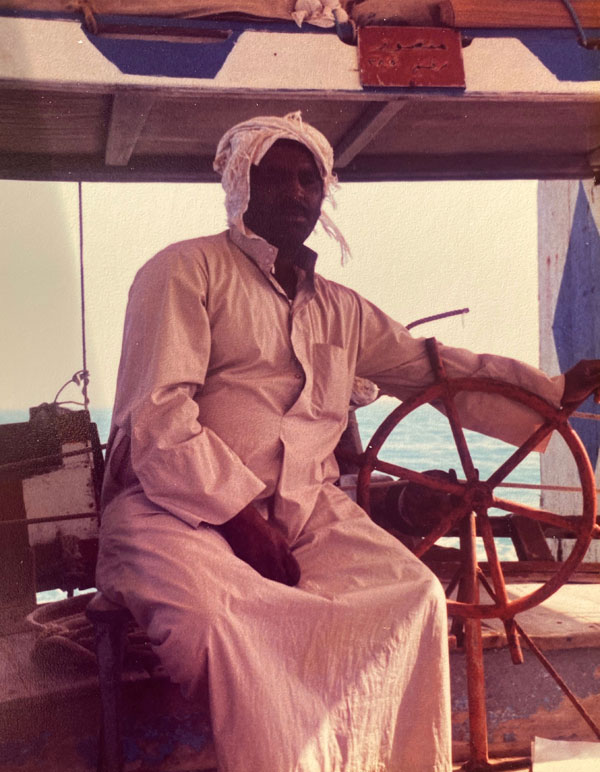 Large hotels and office buildings were clustered around the port area and the noise of car horns and hum of traffic indicated that this was indeed a bustling city. A bus awaited us at the quayside and we were given a tour of the island for a few hours. Bahrain is the only island state in the whole of Arabia and, measuring a mere fifteen miles by ten, it is the smallest of all the Gulf states. It, therefore, didn’t take too long to see the highlights. 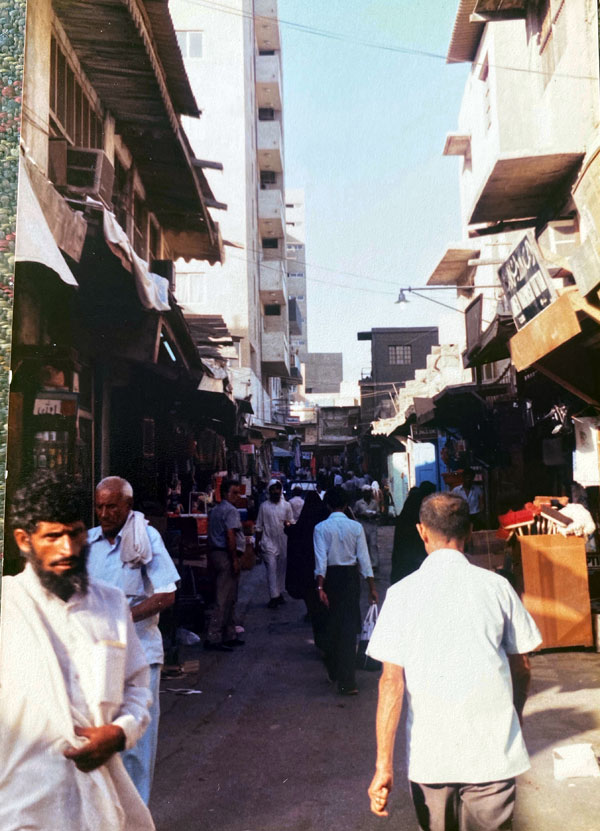 The tour included the old spice market in Manama, the Amiri palaces at Riffa in the centre of the island and Riffa Fort, an eighteenth-century stronghold of the Al Khalifa ruling family. At that time, the small island nation was styled as the ‘State of Bahrain’ and was ruled over by the diminutive Sheikh Isa bin Salman Al Khalifa. This would later change after his death to the Kingdom of Bahrain ruled by his eldest son King Hamad, but more of that later.

Sheikh Isa had a summer palace down by the beach on the southwest coast of the island. Members of the public were allowed to use these beaches and this is where we were to spend the night. I slept on the sand with a case of beer for my pillow…….it was certainly a cheap and cheerful expedition.