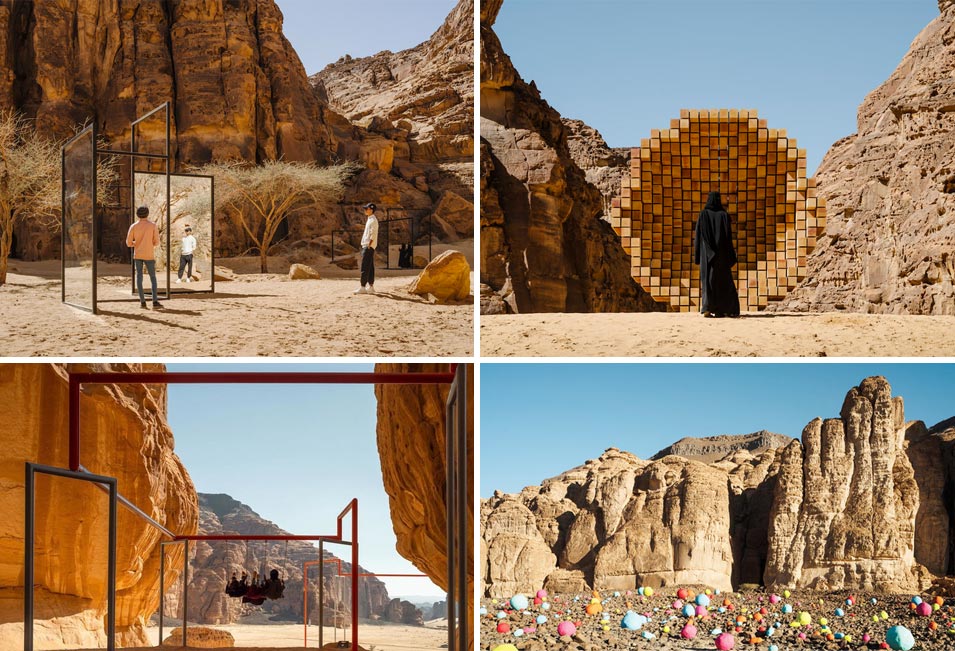 For some years now, the contemporary arts scene in Saudi Arabia has been mushrooming. While Jeddah remains the Kingdom’s art capital, Al Ula has captured much of the spotlight following the recent Desert X installations by 15 Saudi and international artists. Al Ula is truly an amazing space for art, and the artists involved cannot help but take inspiration from the stark beauty of the surrounding plains and sandstone cliffs. 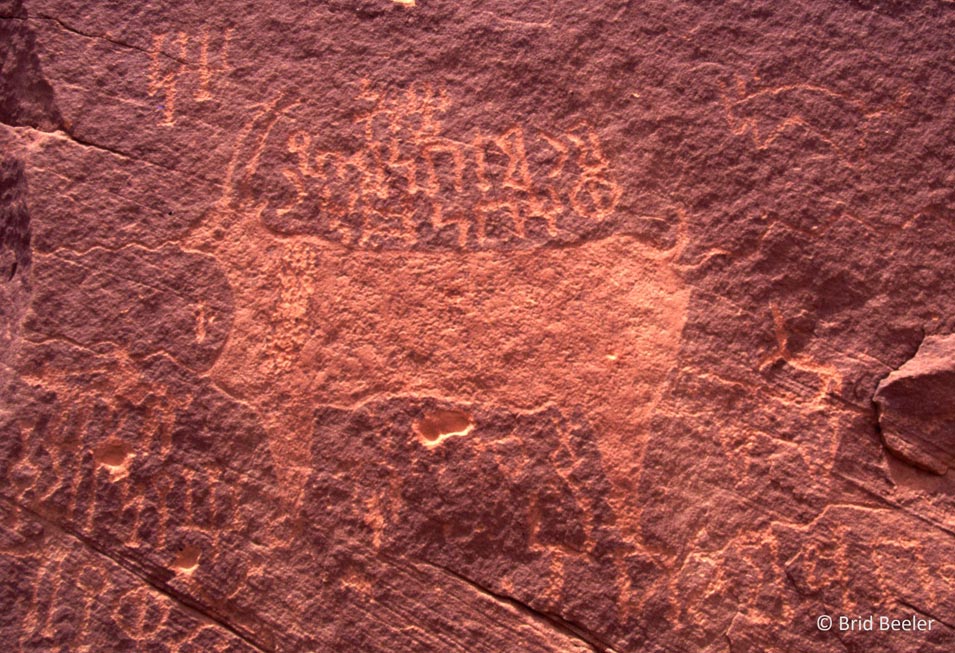 Some of the earliest art we know, rock art, can be found not far from Al Ula, at Ar-Ruzeiqiah and Al Sinya, as well as at other UNESCO-recognized sites in the Kingdom. When viewing these ancient images, you cannot help but wonder who were the people who lived here and what compelled them to express themselves artistically? What tools did they use? How has their art managed to survive the ravages of desert winds and sun? Many questions remain unanswered as the archaeologists delve into the past, but we do know that Saudi Arabia has some of the oldest rock art in all of the Middle East and Southwest Asia, with some sites dating back 10, 000 years.

Fast forwarding to the present day, the region has become a great place for the emerging artist. In recent years, both the Louvre and Guggenheim opened their doors in the UAE, and Doha has dozens of contemporary galleries. Lebanon, Bahrain, and Oman also have burgeoning art scenes.

This wasn’t always the case. The Village and Falcon Fine Arts were the only art galleries and framing shops in the Olaya/Suleymania area of downtown Riyadh in the 1980s and 1990s. I remember attending an exhibition of Kamal Mustafa sponsored by the French Embassy at The Village in 1997, where we bought two of his paintings which I still love as much as the day they were purchased. Exhibitions happened only occasionally back then, and were usually held behind closed doors at embassies, and by private invitation only. Expatriate artists for the most part worked independently and usually once a year on compounds there would be an exhibit of art for sale along with other crafts. 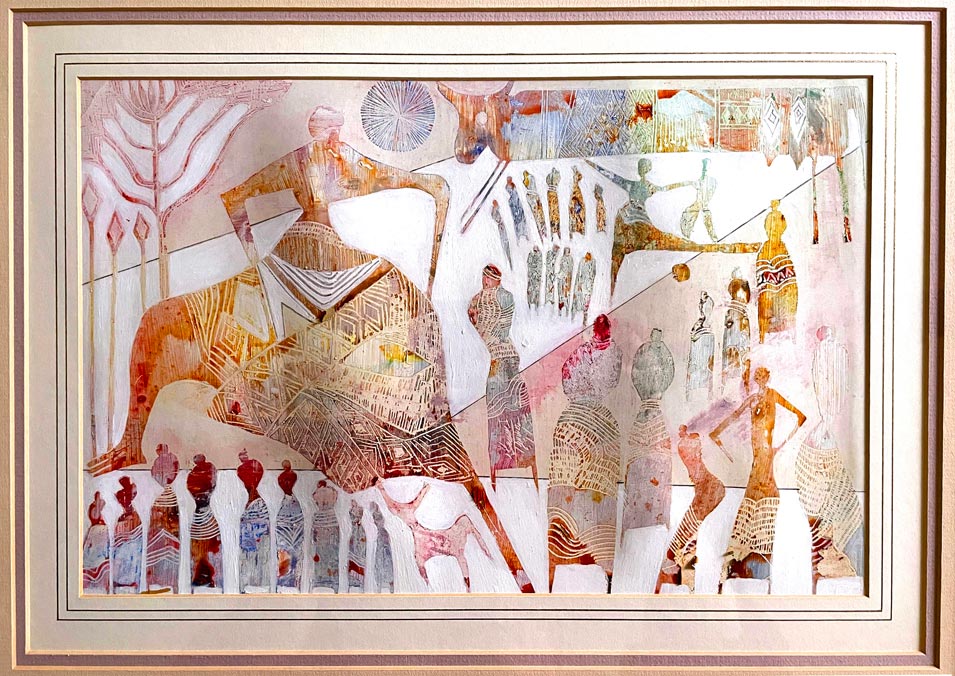 Today, we see interesting artists working throughout the region, and it is particularly refreshing to see so many female artists making their mark. In Bahrain, Leena Al Ayoobi is a self-taught artist depicting the vibrancy of Arabic culture by featuring women in colorful bright dress with manga-style facial features. Her work portrays the diversity and individuality of Arab women, away from common stereotypes.

In Oman, artist, author, and educator Fakhriya Al Yahyai is working to document the Omani fine arts movement, focusing on cultural heritage through the fabrics and various motifs of Omani women’s dress. Through her writing and artwork, she is shining a light on Omani identity, individuality, and the importance of color.

The young Lebanese artist Raphaelle Macaron has taken the stage by storm with her colorful pop art style illustrations that has been commissioned by the New York Times, the Washington Post, the New Yorker, and the Gucci fashion house. To my eye, her work is strongly reminiscent of Andy Warhol’s iconic image of Marilyn Monroe, which recently sold for $195 million at Christy’s New York.

Saudi artist, Mawadah Muhtasib, refers to her text-based art as calligraffiti, a combination of calligraphy and graffiti. Instead of writing from right to left as Arabic is traditionally written, she writes from left to right, emphasizing the aesthetic of the characters rather than the words themselves. She says, “art has always been an important treasure in Saudi Arabia, whether in traditional architecture, handicrafts, or artworks. It has existed and will continue to thrive.”

It has certainly continued to thrive among the Saudi women artists of the Asir, a region in the mountains along the backbone of the Kingdom. In the Asir, long before the art scene emerged in recent years, women always created art on the walls of their homes, covering them in the traditional architectural or geometric shapes and design known as Al Qatt. Today, one such artist, Afaf bin Dajem Al Qahtani, creates Al-Qatt murals on canvas which are exhibited around the world. 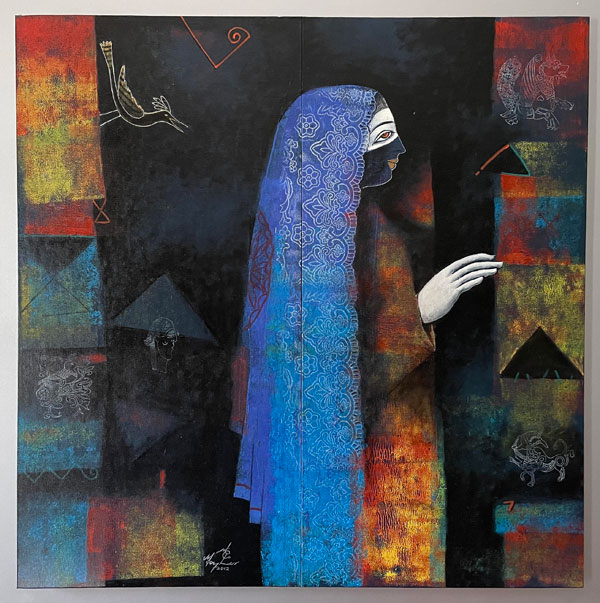 Of course, not all regional artists are women. Another regional artist deserving attention is Mazhar Nizar from Yemen, the land of the Queen of Sheba. Sheba was the powerful ruler of the Sabaean kingdom and is the central subject of Mazhar’s work, which he has exhibited worldwide. The influence of Sabaeans stretched far and wide. In fact, the Nabateans of Al Ula became rich on the taxes they collected from the camel caravans as they traveled north from the Sabaean kingdom across the deserts of Arabia transporting frankincense and myrrh, gold and salt and silks and spices from the east. Mazhar’s work also often features the hoopoe bird (Hudhud in Arabic), a whimsical nod to the story mentioned in both the Bible and Quran about how a hoopoe carried a message from King Solomon to Sheba on the occasion of their meeting.

These artists and their many peers are fueling what can only be called an ‘art explosion’ in Saudi Arabia and the Gulf and I look forward with interest to seeing what comes next. It’s certainly been an interesting journey so far.