The Pacific Northwest is known for its beautiful coastal scenery, snow-capped mountain peaks, moderate climate and endless miles of greenway trails that beckon nature explorers from all corners of the globe. Recently, a group of Aramco annuitants and friends whose love of outdoor exploration has kept them gathering often over the years chose the Pacific Northwest as the place to meet. As they may not be tackling the trails as vigorously as they once did, member Trudi Kaldschmidt recently shared with AXP that the group may now be more accurately deemed the 'hikers'.

On this particular trip, the 'hikers' included Bill and Jeanie Ives, Bill Klingman, Valerie and Jim Perry, Arati and Janak Desai, Trudi and Gunter Kaldschmidt with friends Don and Linda Ray as well as Joan and Bobby Judge.

Trudi explained that the origin of the 'hikers' can be traced back to Anneliese and Dave Tedeschi, who, like so many, formed lasting friendships during their time in Dhahran in the '70s, '80s and ’90s. While in Arabia, Anneliese organized and led many outings including several ski, DOG and Arabian history trips. After retirement, Anneliese and Dave continued their enjoyment of exploring the great outdoors and organized several more adventures with these same friends. 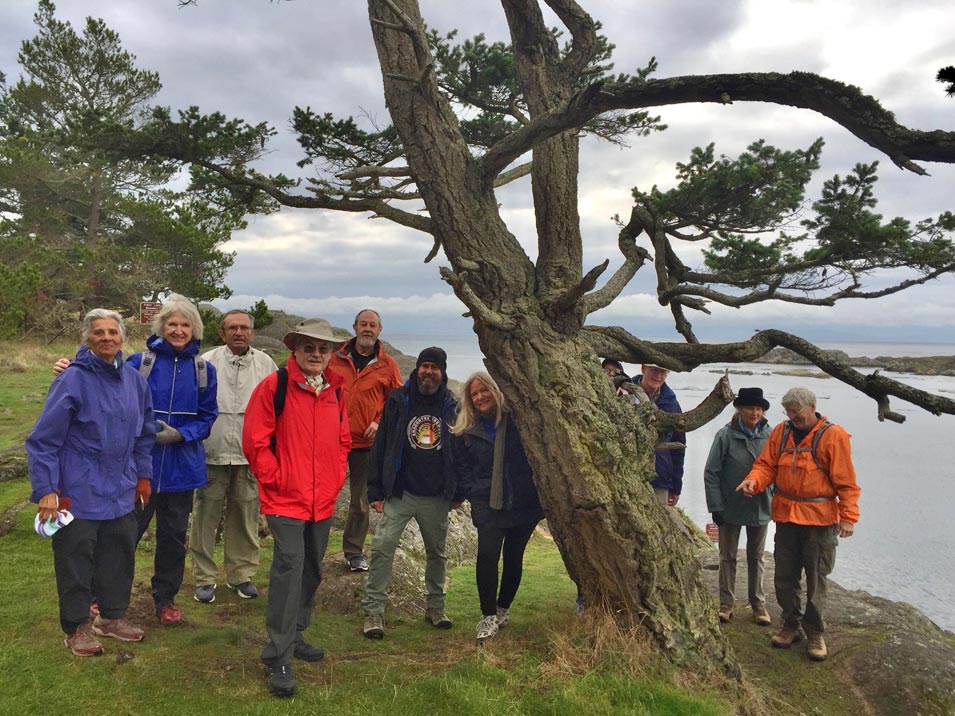 Trudi recalls of this adventurous group, "Some members were serious hikers (when younger and not yet “bionic"), climbing among other peaks, Mt. Whitney, and in Yosemite Park."

Today, 'hikers' meet regularly - where and how often determined by who comes up with the next great suggestion. Some of their trips have included biking in Holland and Croatia; cruising to Norway and Alaska; hiking and socializing in Arizona, the Pacific Northwest, California and Florida; and an adventure tour of Costa Rica.

"All these excursions included hikes of varying duration, in memory of our mentor Anneliese," says Trudi.

Sadly, Anneliese passed away in 2015 but her band of trail-wise friends continues to carry the torch in her honor.