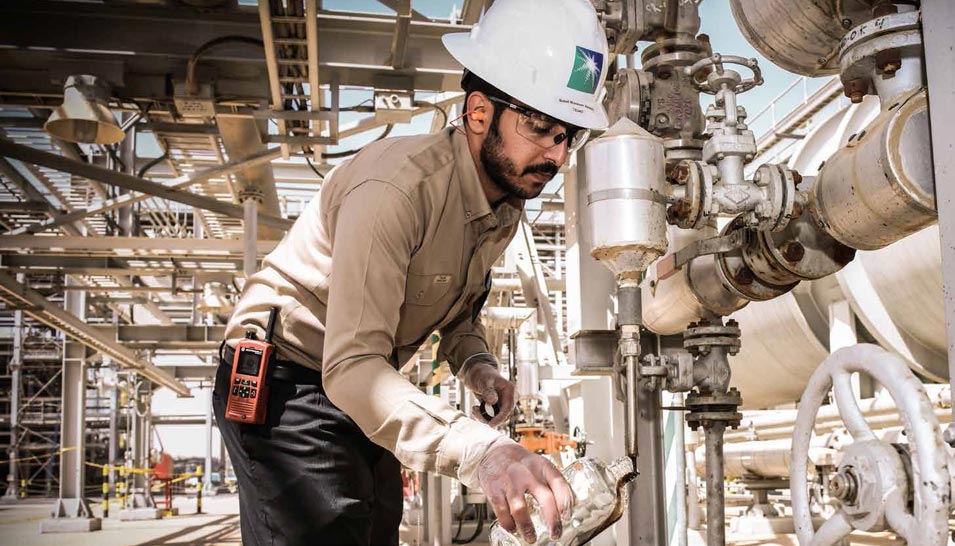 No two samples of crude oil are identical.

Unlocking crude oil’s composition secrets is critical information for our customers. It is also fundamental work toward maintaining Aramco’s oil and gas production value chain. Just like each sand grain is different, each crude oil type has its own exclusive chemical and molecular characteristics.

Furthermore — similar to how desert winds move and shape sand dunes — oil and gas reservoirs impulsively alter the composition of their fluids. The process of unlocking oil’s tempestuous mysteries is known as a “crude oil assay.” 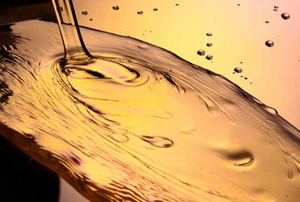 For decades, Aramco’s science labs have cut precisely into the deep secrets of Arabian oils. About every six weeks, from any one of Aramco’s reservoirs, 15 liters of oil arrives at the Aramco Research and Development Center in the company’s Dhahran headquarters.

Within the center’s walls, Advanced Technical Services Division (ATSD) scientists test the lustrous liquid’s tantalizing characteristics. Testing commences inside the second-floor distillation lab, where the crude is poured into a fractional distiller — akin to a miniature processing and refining facility.

Techniques such as gravity, heat, and cooling see the distiller meticulously separate the dynamic oil into various hydrocarbon products, known as fractions. Included in up to 13 cut fractions is gasoline, diesel, kerosene, and bitumen.

Whether it was 1969 at the Ras Tanura Oil Laboratory or at the current day Research and Development Center in Dhahran, Aramco’s science labs have cut precisely into the deep secrets of Arabian oils. Fifteen liters of oil arrives about every six weeks at the Aramco Research and Development Center for inspection ensuring our customers receive products of the highest quality.

Marketing Arabian Oils To The World

Turn the handles on the long corridor of doors adjacent to the distillation lab, and behind each door is an imposing purpose-built testing lab to test each fraction. Every lab treats its fraction to extensive methodical analysis of its exclusive molecular, physical, and chemical characteristics. Collectively, the results build Aramco’s comprehensive crude assay — the all-important intricate chemical analysis relied upon for marketing crude oil.

“At Aramco, we need to ensure the product ordered by the customer will meet their needs,” said Musharah. “Using the wrong feedstock in a particular refinery can cause production, quality, and environmental problems.”

From any one of Aramco’s reservoirs, 15 liters of oil arrives about every six weeks at the Aramco Research and Development Center at the Dhahran headquarters.

In addition to customer marketing, crude oil testing maintains the integrity of production and processing points. Under production, hydrocarbons are fickle — one day they may be sweet, and the next day sour with sulfur. Or, they may emulsify, and block the flow in a pipeline.

“A crude oil batch can cause production and processing issues, and our scientists use their expertise to solve these chemistry issues,” said Saeed H. Shahrani, supervisor of the Process Support Unit within ATSD.

With most of Aramco’s gas used for domestic power generation, and its less complex nature, most gas testing is undertaken on-site. 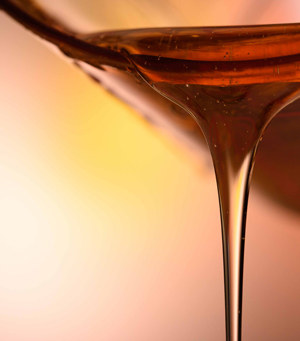 All Arabian grades, including the wide range of blends produced from them, are highly compatible with most refineries globally.

The largest determinant of crude oil market value is gravity.

Higher gravity — a lighter hydrocarbon liquid — is worth more as it enables production of a greater percentage of high-margin products.

The “lights” are the star products, with Arabian Super Light, Arabian Extra Light and Arabian Light accounting for approximately 69% of the total Aramco crude oil production in 2020.