Aramco Chairman: Saudi-U.S. Relations at ‘Dawn of A New Era’

“We’re moving from a relationship based on oil to a partnership based on the supply of clean energy in all its forms.” 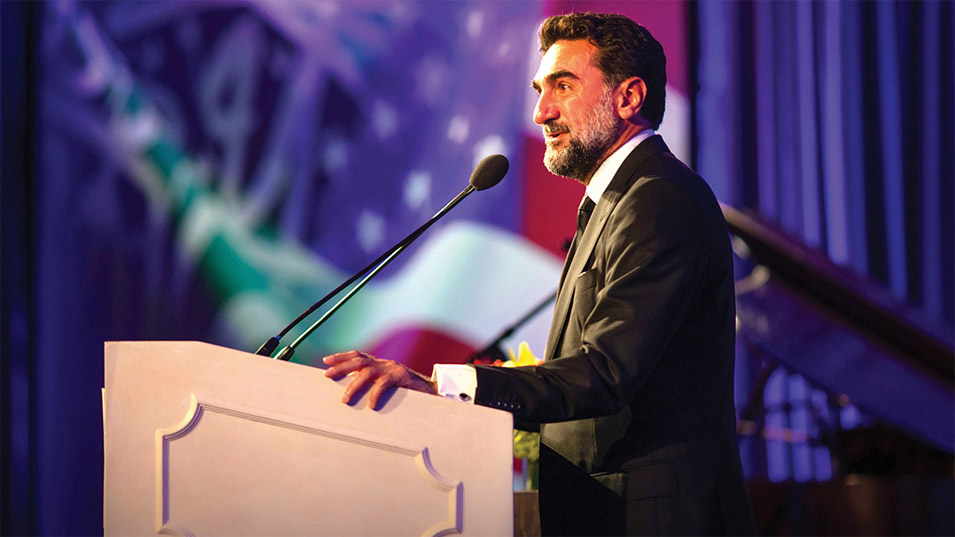 In a keynote address, HE Chairman Yasir O. Al-Rumayyan congratulated the 75th anniversary of the Middle East Institute (MEI) at a gala dinner held on Oct. 21 at the Ritz Carlton in Washington, D.C. In his address, Al-Rumayyan highlighted the long history and bright future of the Saudi-U.S. partnership and gave insights into how Aramco plans to work with U.S. partnership on delivering the Kingdom’s commitments toward an energy transition.

Founded in 1946, the MEI is a Washington-based non-partisan think tank providing expert policy analysis, and a hub for engaging with Middle Eastern art and culture. The MEI’s mission is to increase knowledge of the Middle East among citizens of the U.S. and to promote a better understanding between the people of these two areas. 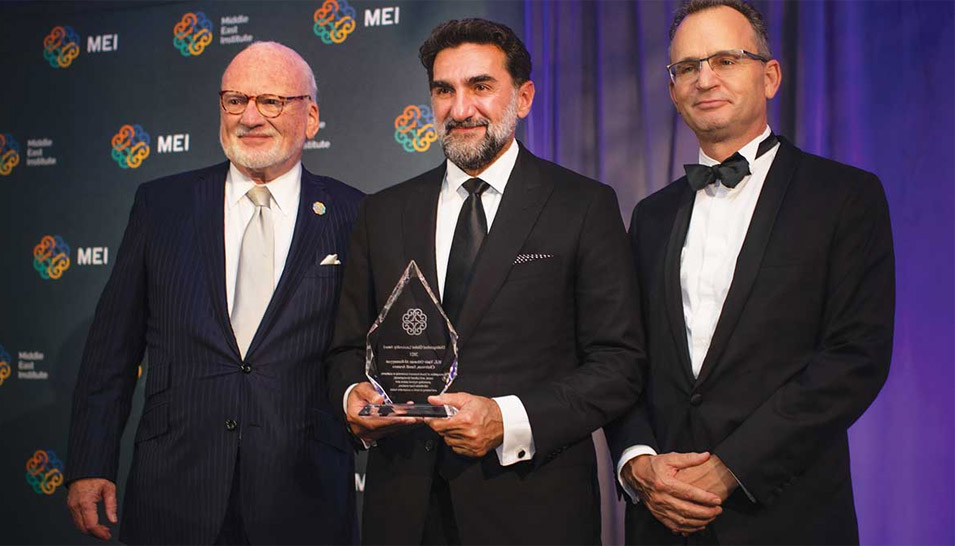 During his participation in the Middle East Institute gala dinner, HE Chairman Yasir O. Al-Rumayyan received the Distinguished Global Leadership Award for 2021. The award recognized Aramco’s more than eight decades of leadership in economic, social, and cultural development and its promotion of regional peace, as well as its contributions to Middle East-U.S. relations, in building a sustainable future. The award also recognized Aramco for its foundation support of local communities, empowerment of women, championing of the arts and education through cross-cultural dialogue and exchange, and its response to global challenges, such as the COVID-19 pandemic.

In his address, Al-Rumayyan focused on the rich legacy of the Saudi-U.S. partnership.

“For me, it’s more than just a partnership,” Al-Rumayyan said. “It’s a friendship, founded on trust and mutual respect. It is a partnership based on common interests and shared goals. A common interest in stable global energy markets. A shared sense of responsibility for a peaceful and profitable world beyond our borders.”

Al-Rumayyan said that the Saudi-U.S. partnership marked its beginnings to May 29, 1933, the date of the historic concession agreement between King Abdulaziz Al Saud and Standard Oil of California, one of the charter members of the company that became Saudi Aramco.

This concession agreement ushered in a period of prosperity and development that improved the lives of Saudi citizens, and that made Aramco the world’s most valuable oil company, Al-Rumayyan added.

In his role as Governor of the Public Investment Fund, the Kingdom’s sovereign wealth fund, Al-Rumayyan said the time has come to grow and diversify Saudi Arabia’s private sector beyond oil and gas, to produce more goods and services at home, to attract more people into the Kingdom, including investors, entrepreneurs, creators, pilgrims, and tourists.

Al-Rumayyan also said that while Aramco continues to delivery energy to global customers, and thanks to its network of research laboratories in the U.S. and other countries, it is fast becoming a technology leader. In addition, Aramco remains committed to its long heritage as the lowest carbon intensity producer of energy in the industry, as the Kingdom prepares for a “low emissions future.”

In addition to continual improvement of our industrial processes to reduce emissions, Aramco is aligned with the Kingdom’s Vision 2030 goals, supporting the Kingdom’s Saudi Green Initiative, which will boost investment in renewable energy projects such as the 1.5-gigawatt Sudair Power Plant, the construction of the world’s largest green hydrogen power plant, and the planting of 10 billion trees in coming decades.

"Our enemy is not carbon, which is one of the building blocks of life on Earth. Our enemy is unchecked carbon emissions."

“To win this fight, we must value all efforts, all options, and all technologies that reduce the flow of greenhouse gases into our atmosphere. So, let us make and win that argument together” Al-Rumayyan said.

Al-Rumayyan concluded his speech, saying that the Saudi-U.S. relationship is “approaching the dawn of a new era.”

“And although we cannot predict the future, there’s one thing I know for sure, whatever happens in the years ahead, the world’s most important energy partnership will be red, white, blue — and green.”