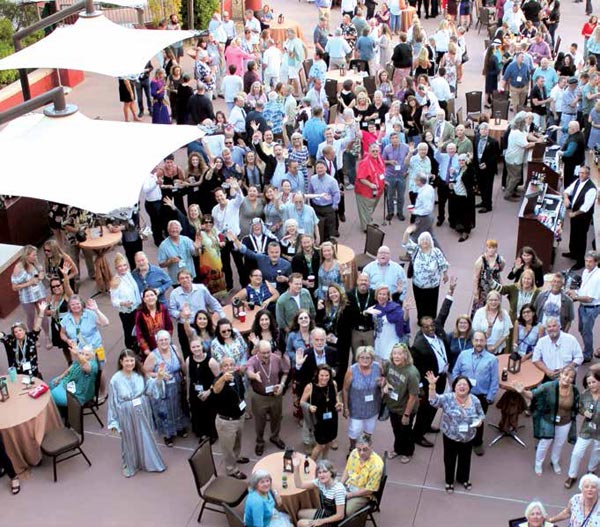 More than 600 Aramco Brats and family members reunited in Phoenix, AZ to reminisce and celebrate. The first Brat reunion was held in 1995 in Chandler, AZ. For the 2019 reunion, attendees from outside the U.S. came from Thailand, Dubai, Bahrain, Malta, Brazil, the Netherlands, the U.K., and Canada. The class with the largest presence — at 40 members — was 1984.

Phoenix — The word “hometown” seemed to be on everyone’s minds at the 17th Biennial Brats Reunion … in a uniquely Aramco way.

“For most of us here, Aramco is our hometown,” said Mike Simms, who graduated from 9th grade in 1978, making him AB78 in the language of Aramco Brats who identify themselves by the community and year they graduated and left Saudi Arabia. Simms served as Aramco Brats Inc. (ABI) president from 2005-2009. His father was principal of the Abqaiq School, and later worked in Personnel, and then in Abqaiq.

“We all went off to boarding schools or high schools … we went in all different directions, so the reunions have become our virtual hometown,” added Marie Dunn, DH77 and ABI president from 2009-2013.

This year, more than 600 Brats and family members arrived for the four-day get-together, which included an opening day social hour, a “suq”-style market of art and artifacts curated by Brats, a class outing based on graduation date, an ABI town hall meeting, and gala dinner.

It was a festive hometown, with hugs and tears exchanged as old friends reconnected. It was also a cross-generational group. The oldest class in attendance was 1957 and the youngest 2012. The friendships themselves extended to new ones with different graduating classes. 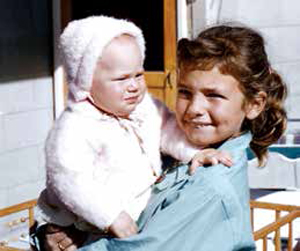 “We all have our close childhood friends, but the reunions have helped everyone develop lasting friendships with Brats of all ages,” said Diana Ryrholm-Geerdes, RT62 and ABI president from 2001-2005. Her sister, Erica Ryrholm, DH72, was born in Saudi Arabia.

“Reunions have continued because it’s a link to who we are,” said Ryrholm-Geerdes. The sisters’ father, Robert W. Ryrholm, was a chemical engineer, served as president for European operations in the Hague, and retired as a vice president of Aramco.

“Who else but another Brat could remember things like watching the sun rise over the jebels, shopping trips to al-Khobar, sunset picnics at Half Moon Bay … and feeling that blast of heat as you stepped off the airplane and knowing you are finally ‘home’,” reunion organizers shared with attendees in their town hall meeting handout.

“People ask me, how was it, living in Saudi Arabia? I say it was fantastic; I wouldn’t trade it for the world. Everyone wants to go back home (to Saudi Arabia), we all feel that tie we have there.”

Ghori’s father Mohammed was a chemist and worked for Aramco for 30 years.

The reunions hold special meaning for Jenn Harbert, AB75, and Wayne Harms, her classmate. Harbert and Harms crossed paths briefly as children in Abqaiq from 1968-1971 — before Harms returned stateside to be raised by family in Pennsylvania — then they met again at the 2005 Brat Reunion in Houston. In 2007, they married just before the Brat Reunion in Asheville, NC.

“We have a shared history that is quite rare,” explained Harbert, who went “home” to Abqaiq during the fourth KSA Expatriate Reunion in March this year, and wrote about the experience in the spring issue of Al-Ayyam Al-Jamilah, Aramco’s magazine for retirees and family members.

It is a shared history with fellow Saudis as well. Harbert’s father learned Arabic while in Saudi Arabia and developed strong friendships. 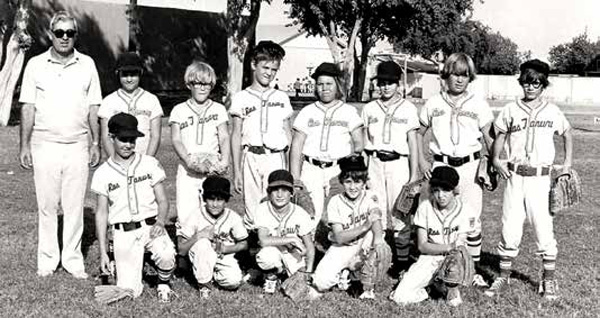 The 1974 Ras Tanura Dolphins baseball team. AB78 alum Mike Simms stands in the back row, next to the coach.

Friendships True To This Day

Ghori remembers well his time playing with his Saudi playmates in the neighborhood where he grew up — friendships that remain true to this day.

Ali Baluchi, who retired as general manager of Community Services in 1990 and has led all four of the KSA reunions for retirees, sent his very best wishes to the Brats on the occasion of their 17th reunion and acknowledged the depth of their connection to Saudi Arabia.

“We see in our association with the Brats an avenue of great opportunities where we can work with them to cement a realistic friendship between the Saudis and the Americans and create long lasting friendship and understanding,” said Baluchi.