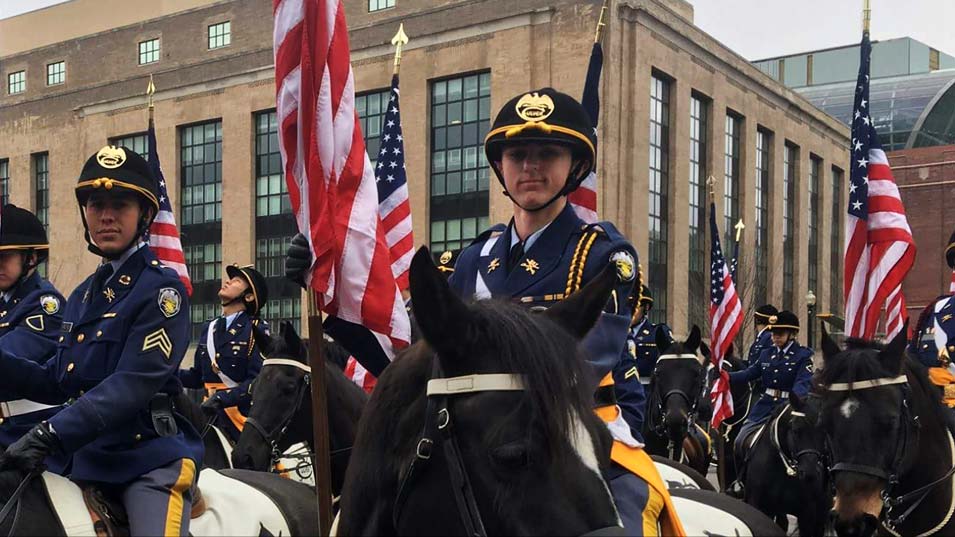 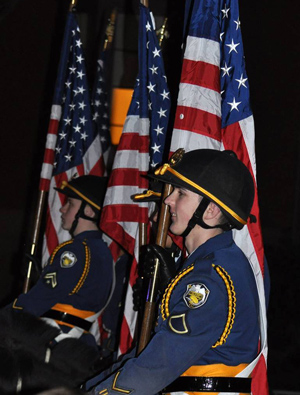 On parade day the boys and girls were out with the horses around 7 in the morning and kept them walked and busy until around 3:30 in the afternoon when they moved towards the parade route. It was almost 5 o'clock when they neared the end of the route near the White House. Kathleen Owen, Chris's mother and former Aramcon, states, "the kids said it was so cool to see the President look directly at them and give them a ‘thumbs up’ of approval!"

Fifty-six boys from Culver Military Academy's Black Horse Troop and 24 Equestriennes of Culver Girls Academy made the trip to Washington, D.C. Also riding for Culver from Troop B were Shaan Nair, Dhahran, and Himanshu Umare from Ras Tanura, Saudi Arabia.

Culver’s student riders represented 17 states and 10 countries. Nearly 90 horses were transported. The trip required 500 lbs. of grain, 300 bales of hay, 160 buckets for food and water, five 18-wheelers to carry the horses and two 18-wheelers to hold the gear and tack. 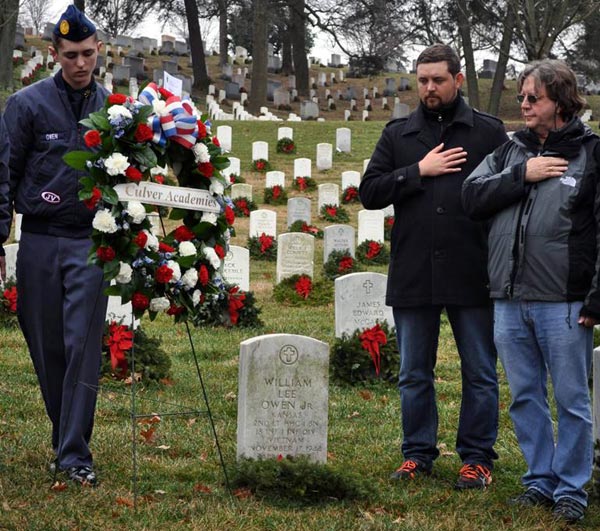 During the visit to Washington, D.C., Culver troops participated in a ceremony at Arlington National Cemetery where they also lay wreaths at the grave sites of former Culver graduates. Chris placed a wreath on his Uncle Bill’s grave. Bill was the oldest of former Aramcons William and Peggy Owen's children, the first to attend Culver Academy. He was tragically killed in Vietnam. Culver students also laid a wreath at the site of a graduate, Alexander Matthews, a WWI veteran who rode in the first Inaugural Parade Culver participated in. 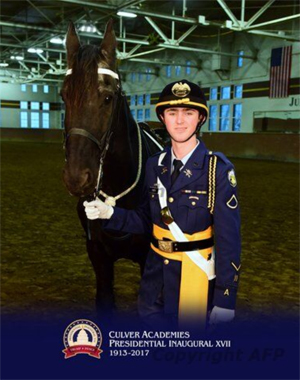 Chris carries on the Owen family tradition of riding in an Inaugural Parade. His uncle, David, an Aramco Brat currently working in Dhahran was also a member of Troop B and rode in Jimmy Carter's Inaugural Parade. Thus Chris carries on the Owen family tradition at Culver; and can proudly claim the achievement of riding in a Presdential Inaugural Parade. Kathleen states, "Chris was on horses as a baby, so it was a natural fit for him to join the Horse Troop when he went off to Culver. Chris attended two years of summer camp at Culver and is currently a sophomore in Troop B. Christopher continues to make the most of his horse experience at Culver, participating in Rough Riding, Western Riding and Polo. He is also part of Culver’s elite Horse Honor Guard – the Lancers."

Chris is the son of Tom and Kathleen Owen, former Aramcons who recently retired in 2015. Tom is a second generation Aramcon. His last position with Saudi Aramco was in Unconventional Resources helping to develop a new unconventional resource supply chain and associated contracts. Kathleen's 25 year career with Saudi Aramco ended in Technical Services where she spearheaded programs targeting first line supervisors and mentoring relationships. Both Tom and Kathleen were active members in their Aramco communities. All three of their children – William (31), Kristina (29) and Chris (16) grew up in Arabia.