Aramco Brat in Action for the 2021 UAE Tour Cycling Race 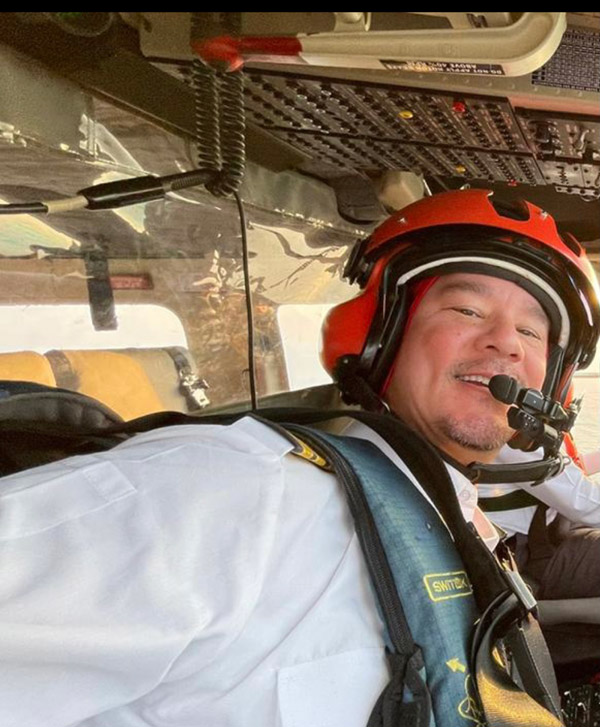 Aramco Brat and pilot, Captain Miki Dykes took part from the skies in the 7-day road cycling UAE Tour stage race held February 21 - 27, 2021 in the United Arab Emirates. The 2021 race was the third edition of the UAE Tour, 'The one and only world tour race in the middle east,' and the first race of the 2021 UCI Cycling World Tour.

Miki is the son of Don and Tomoko Dykes. He was born in Dhahran and lived in Ras Tanura until he left for high school. He went to Mercersburg Academy, PA, and later became a helicopter pilot. He worked for Fox News TV in New York, Washington DC, and Los Angeles then worked for Baptist Health Medflight in Arkansas. He then moved to Abu Dhabi, UAE, and is currently working for Abu Dhabi Aviation where he carries workers to and from offshore oil production areas.

Miki's years as a pilot for live-broadcast filming made him an excellent choice to carry cameramen to video the event. As a result, the UAE Tour, which is much like the infamous Tour de France, was broadcast on YouTube and TV so fans all over the world could watch this event.

Miki enjoys his job very much and especially took pleasure in being able to put his skills to use for the 2021 UAE Tour.