Antarctica: A Voyage to the Bottom of the World 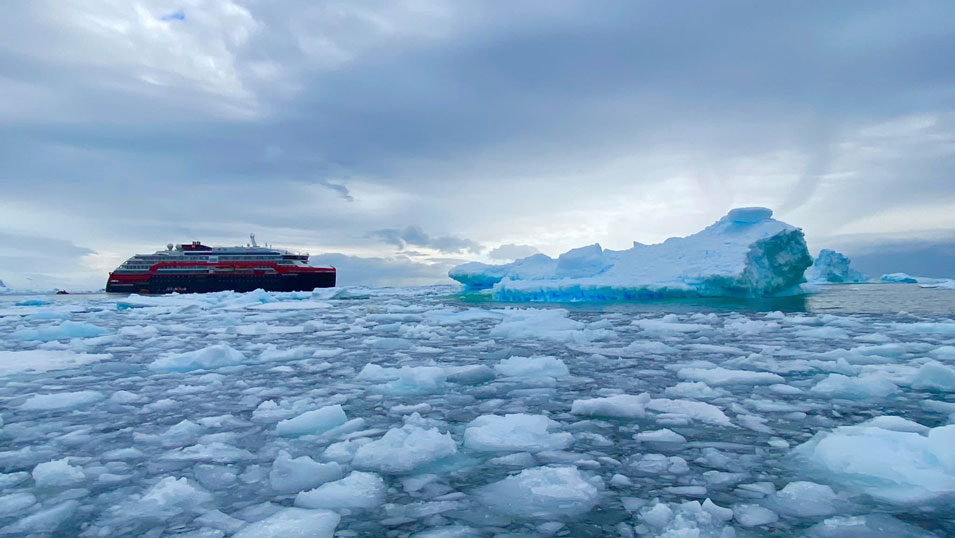 With the northern hemisphere shivering in the wintry February weather, what could be more appealing than to travel eight thousand miles from Europe to shiver in an Antarctic summer? This is what we decided to do in February 2022.

The flight to Punta Arenas in southern Chile where we would join the ship, was broken only by a twenty-four-hour layover in Santiago. When we eventually arrived, the brand new ship which would be our home for the next three weeks, was berthed at the quayside looking resplendent in its distinctive black and red livery. It was the MS Roald Amundsen operated by Norwegian Cruise company Hurtigruten.

This, however, was unlike any other cruise ship we had boarded, it was an expedition ship. Normally accommodating 450 passengers, this number had been reduced to 210 due to Covid 19 restrictions. The ship had hybrid engine technology allowing it to use electric power in the more ecologically sensitive locations. The ship boasted science labs as well as a lecture theatre and was temporary home to a variety of marine biologists, ecologists, geologists and expedition guides from many countries around the world. 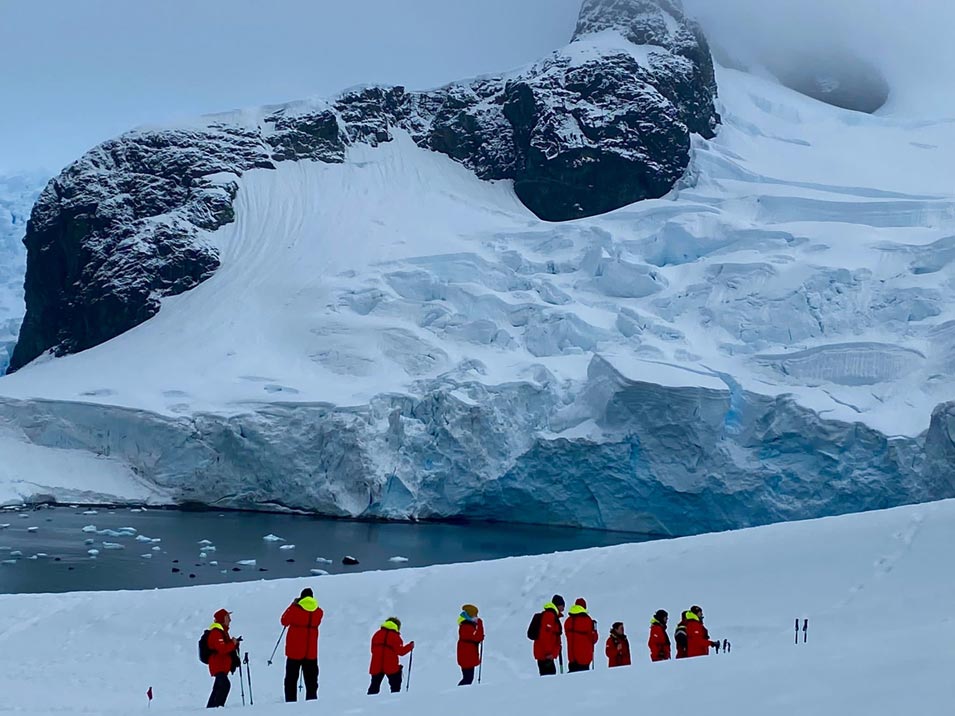 Trekking Across the Snow

The frequent landings on the rock and ice would be via twenty inflatable boats launched from a special boat deck which could be lowered outside the hull just above the waterline. All passengers were provided with thermal over-jackets and knee-length rubber boots to add to our own ski-gear we had been instructed to bring along.

With thoughts of what was to come and the excitement of exploring the ship, we set off in the afternoon, butting out into the choppy waters of the Strait of Magellan as the ship headed south west. The route would initially take us to the Pacific Ocean, before turning in and threading through the narrow Beagle Channel in an easterly direction. Named after the ship used by the naturalist Charles Darwin in the nineteenth century, the channel is flanked by mountains and dozens of glaciers, some of which reach down to the shoreline.

Arriving at the eastern end of the strait after passing Ushuaia on the northern Argentine side, the ship turned south and headed overnight for Cape Horn. We arrived at dawn and although the weather was relatively calm, the swell was still too heavy to land in the inflatables, we instead circumnavigated the cape which is actually an island - Isla Hornos. Late in the afternoon the ship turned due south and headed out for two days across the notoriously tempestuous Drake Passage to Antarctica. 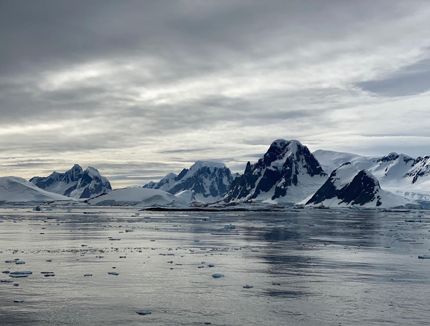 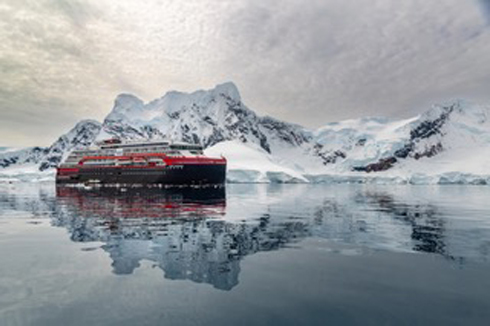 After a mercifully gentle crossing, the first sight of the frozen continent came at dawn two days later. For the next two weeks, the ship would take us down the western side of the Antarctic peninsula weaving in and out of the bays, inlets and multitude of islands in an archipelago stretching away into the far distance. Our voyage would ultimately take us across the Antarctic Circle at 66.30 degrees south. 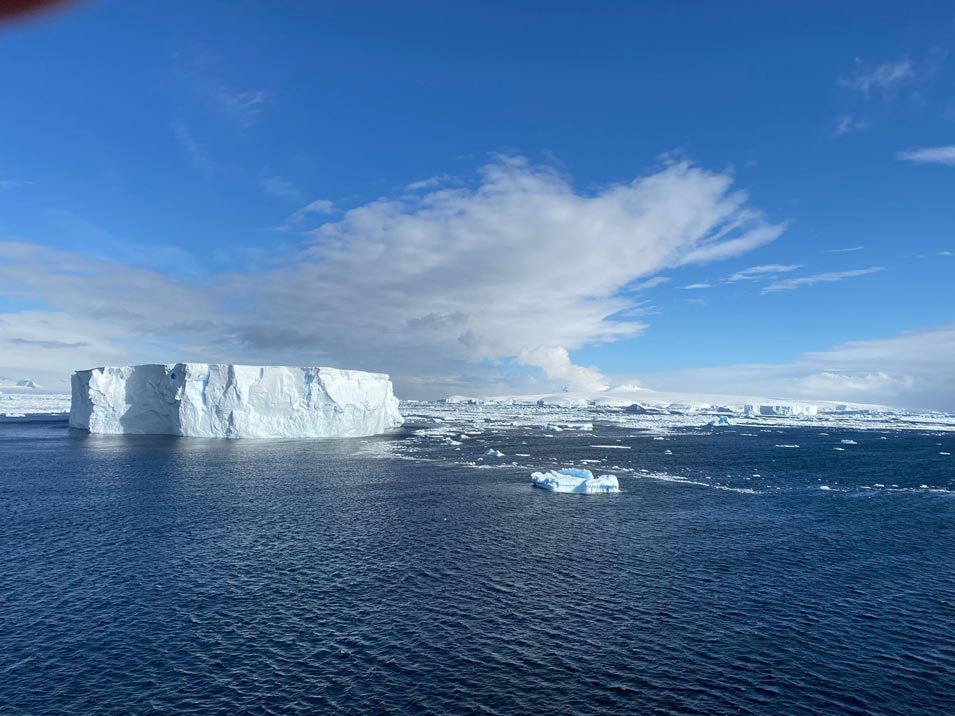 Landing sites included old, derelict whaling stations as well as bays into which icebergs, having calved from glaciers would drift, eternally trapped in the bay due to a combination of tides and wind, barely melting over many years. One of our guides commented that one of these giant icebergs measuring around a quarter of a square mile in area, had probably been bobbing up and down and losing its mass at …..well, a glacial pace, for around 100,000 years!!! 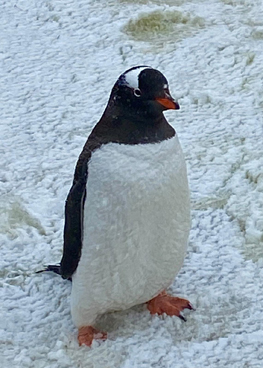 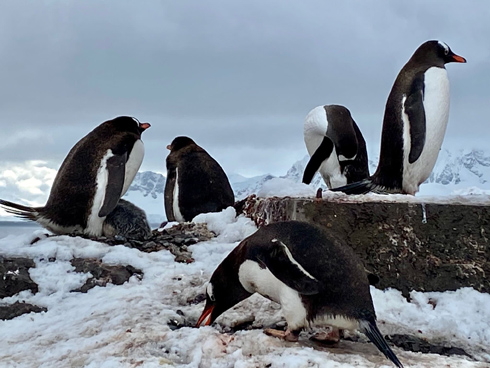 Up Close and Personal with the Penguins

Devoid of any land mammals, Antarctica will nevertheless excite the naturalist with endless opportunities to see bird and marine life. Penguins abound, particularly the Gentoo and Chinstrap species which were completely unperturbed by our close proximity on the many trips ashore. Seals of many species were ever present, either in the water, lazing along the rocky coastline, or resting on icebergs between hunting for fish and penguins. Skuas, albatross, and many types of petrel patrolled the skies above. 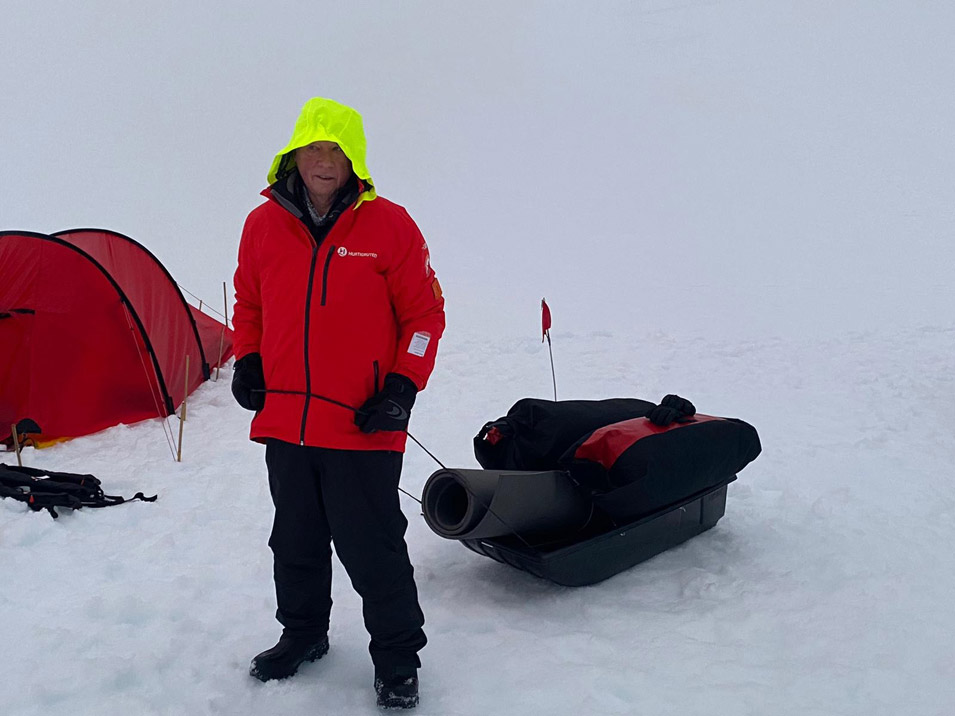 Camping on the Ice

The ship continued south among this spectacular and ever-changing landscape. There was an opportunity to camp overnight on the ice which involved landing ashore in an inflatable with camping gear and then walking with a sled to the campsite before erecting our own tents. Once we had landed, the ship sailed away and disappeared around a headland so that those left ashore could enjoy the complete tranquility of an Antarctic night. Although warm, it was not the most comfortable of nights, the perfect silence broken only by the creaking and groaning of the ice beneath us.

After three weeks of enjoying the most spectacular scenery and wildlife, the ship headed back to south America at the end of a truly remarkable experience.