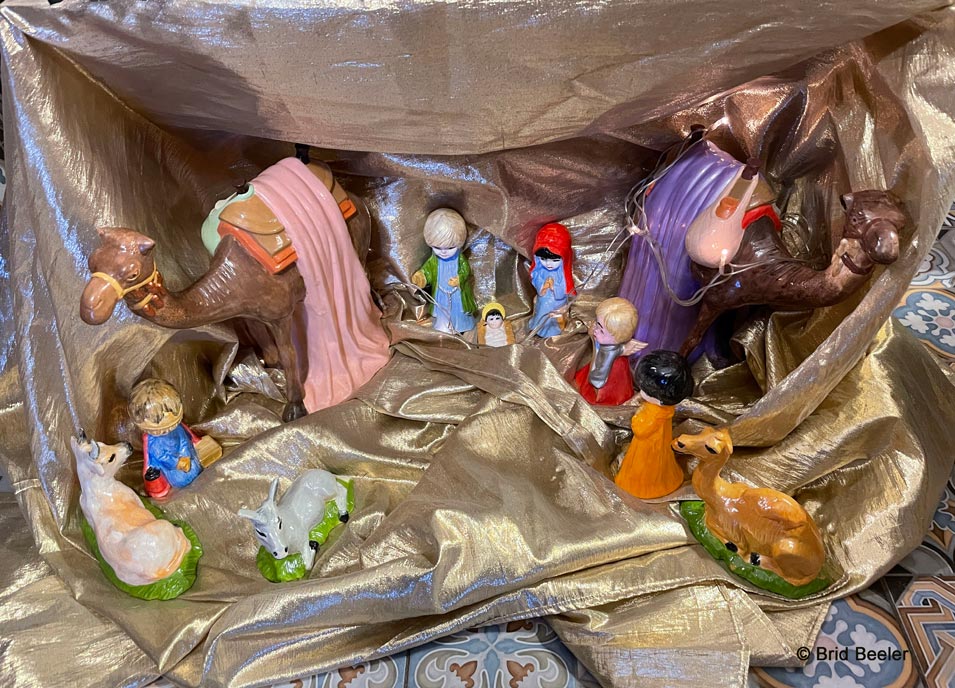 Christmas in the Kingdom has been in the international news recently, with many stories detailing how more and more shops openly sell Christmas trees, lights, tinsel, and the other decorations westerners want to buy for their festive celebrations.

This more relaxed attitude toward Christmas celebrations has been gradually building momentum over the past several years, but when I first arrived in Kingdom in 1989, things were very different. You might find some wrapping paper and a few generic decorations being discretely sold out of the back room of a few shops, but nothing was in shop windows or on open display. Those in the know would quietly share such valuable intelligence with others in the expat community in search of baubles for the holiday.

I never found the absence of holiday paraphernalia in the shops to be a problem. Christmas had become too commercialized back home and I certainly didn’t miss being bombarded with all those reminders about how many shopping days were left until Christmas. Then too, one simply learned to substitute. The beautiful handmade Kashmiri painted papier-mache balls and stars for sale in the souqs throughout the Kingdom made wonderful ornaments for any indoor plant that found itself designated the “Christmas tree” for the festive season. If a suitable plant was not available, acacia limbs or palm leaves could suffice. 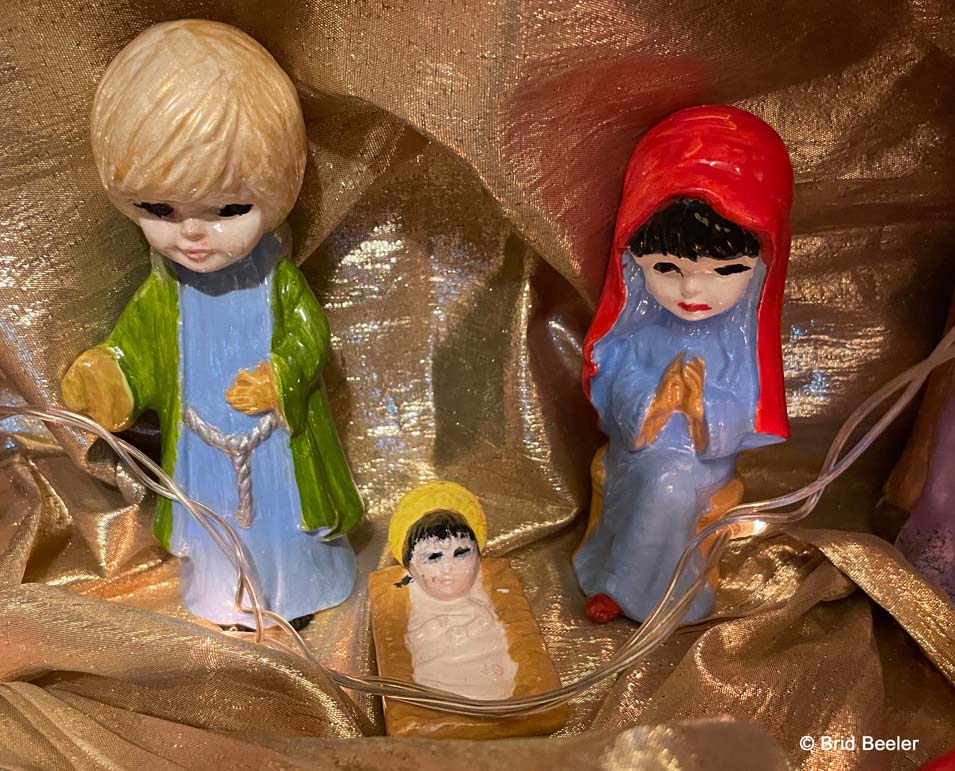 My second year in Kingdom, I unexpectedly received a most precious Christmas gift from a Muslim man from India. He was one of the workers who made up the maintenance, transportation and administrative staff that helped to make our time in Kingdom so much easier.

About a week before Christmas, I heard he was looking for me and so I went to the Administration offices to find him. With a big smile on his face, he said, “I have a present for you,” and then proceeded to give me a Christmas Nativity scene which he had made from clay. I was astounded and very touched by his kindness. The nativity set was simply beautiful…perhaps a little unconventional, but beautiful. He had carefully molded two large camels, a donkey, cow, and baby camel. There also was the infant Jesus, the angel Gabriel, a shepherd with a lamb, and one of the Three Wise men, bearing gifts of, presumably, gold, frankincense, and myrrh.

The colors were something of a surprise. He painted the two large camels draped in purple and pink robes, but most surprising was Our Lady Mary, who was in scarlet red, and Joseph was in Kelly green with blond hair! Joseph reminded me of St. Patrick, who is the Patron Saint of my native Ireland.

While Our Lady and Joseph were painted in unexpected colors, this set has traveled the world with me, crossing oceans in shipping containers many times. Without a doubt, it is one of my most prized and loved possessions, one that is brought out every Christmas. And each Christmas, I think fondly upon that man’s kindness towards me. I have no idea if he ever made another one. But I will always treasure his gift and the gift of kindness towards me at Christmas time in the Kingdom of Saudi Arabia.