Almost 80 Years of Bringing Golf to the Fore 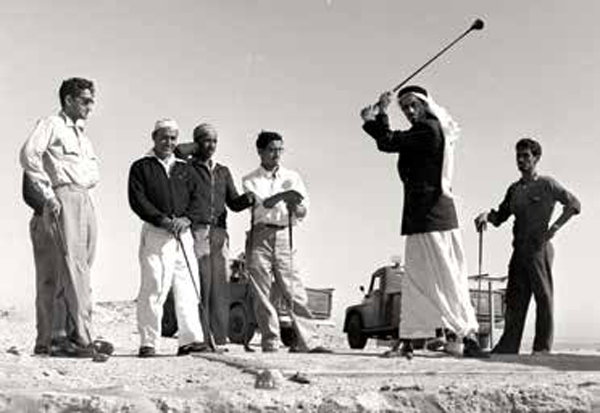 With Saudi Aramco bringing the sport of golf to the Kingdom in the early 1940s, it was fitting for the company to be one of the sponsors of the tournament. Indeed, many of the company pioneers were avid golfers and improvised sand golf courses to play the game. This proud legacy continues today through world-class golf facilities and self-directed groups across Saudi Aramco communities.

Jiddah — Some of the best golf players in the world descended on King Abdullah Economic City this past weekend to compete in the Saudi International tournament, a part of the European Tour.

With Saudi Aramco bringing the sport of golf to the Kingdom in the early 1940s, it was fitting for the company to be one of the tournament sponsors. Indeed, many of the company pioneers were avid golfers and improvised sand golf courses to play the game. This proud legacy continues today through world-class golf facilities and self-directed groups across Saudi Aramco communities.

The tournament, which was organized by Golf Saudi, looks to increase the participation in the sport throughout the Kingdom by partnering with industry leaders to host world-class events. Saudi Aramco’s sponsorship is another example of our commitment toward having a positive impact via promoting sports and a healthy lifestyle. 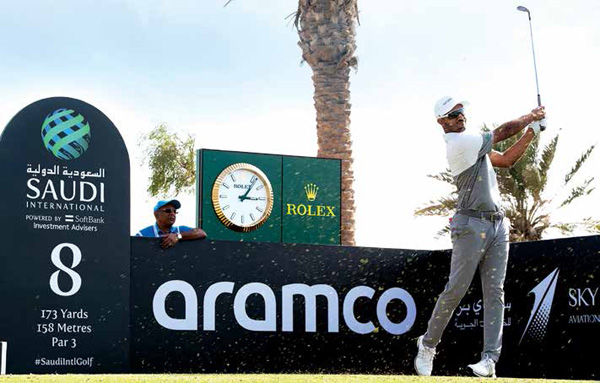 Othman I. Al-Mulla, Saudi Arabia’s first professional golfer and a second generation Aramcon, tees off while competing in the Saudi International golf tournament in King Abdullah Economic City this past week.

The Best of the Best Compete

Approximately 132 players from 29 countries competed on the 7,010-yards Par 70 Royal Greens and Country Club course for the top place in the second edition of the tournament. The competition was fierce, with some of the most accomplished players globally taking part, including Brooks Koepka (ranked No. 1) and Dustin Johnson, who is the defending champion and ranked No. 5, along with eight major champions and 20 Ryder Cup players.

Graeme McDowell held on to capture the title, scoring an even-par 70 on the final day for a 12-under par 268 to keep Johnson, who carded a 270, at bay.

Othman I. Al-Mulla, Saudi Arabia’s first professional golfer and a second generation Aramcon, represented the Kingdom in the tournament after qualifying to compete. Saudi Aramco supports Al-Mulla on his playing tour and in his work in attracting young Saudi to the sport through clinics and coaching.

Al-Mulla said that his performance at this year’s tournament has noticeably improved from Saudi International 2019 — he carded 10 pars over two rounds, and was 10 shots away from the cut. With continued training and practice, Al-Mulla is optimistic about his future prospects.

“Playing at this level is very different for me. But every tournament I play, I learn to be comfortable in this uncomfortable position,” he said.

After the professional golf players finished their rounds, audiences headed to the Entertainment Village to enjoy listing to live music from a Jiddah-based music band, E-sports, food trucks, and a variety of other activities at the venue, which the organizers designed to allow people to experience the delights of playing golf.

A mini golf challenge with 18 holes was just one example of such interactive games. The ultimate goal was to encourage adults and children to play golf and engage more actively in sports and recreation activities that contributed to improving people’s well-being — all in line with the Kingdom’s endeavors to promote a healthy lifestyle. 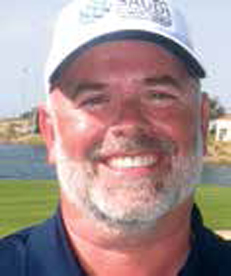 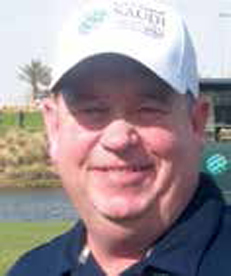 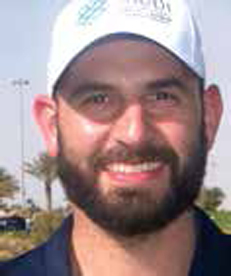 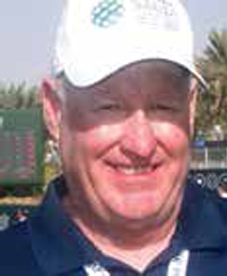 Sharing the Passion of Golf

As part of Saudi Aramco support to the event, the company enabled 35 Aramcons from Dhahran Rolling Hills Golf Club to volunteer at the event. The volunteers provided a variety of services, including score keeping, managing crowds as Marshals, and driving VIPs, groups, and players in golf carts, said Edward R. Devlin of the Personnel Department.

The Saudi Aramco volunteers shared their golf experience and knowledge with 250 young Saudi Marshals, as well as conversing with players and guests about Saudi culture. “We Aramco (volunteers) are able to bring that expertise. We have 29 tournaments per year; we have so much knowledge in our clubs. We just want to transfer that knowledge here to younger Saudis,” Devlin said.

The volunteers said that they enjoyed the experience of volunteering at the tournament:

“It is a unique experience,” said Maher M. Elasmar of Unconventional Resources. “It is following the golfers and hearing them talk and tell stories — being here surrounded by so much history.”

George S. Farley, who works in the Supply Chain Policy and Systems Department, relished the role of being a cart driver.

“People ask me all kind of questions about golf. As you drive them in a cart, you are like a taxi driver. You are explaining everything to him, chit-chatting, giving them the rules of golf, and just the concepts of the sport.”

“I played golf pretty much all my life, and being here in Saudi Arabia is a tremendous opportunity to be part of … the growth of golf,” said Jonathan J. Hancock of the Operational Procurement Department.

Through sponsoring Saudi International, Saudi Aramco is not only demonstrating the support to Golf Saudi to nourish the sport within the Kingdom, it is also championing the spread of the values associated with golf such as sportsmanship, hard work, and respect for others in society. These values are in alignment with both Saudi Aramco and the Kingdom’s values.

Broadcasted live to 600 million homes with approximately 40 million social media impressions, the extensive international media coverage of the tournament helped Saudi Aramco promote its brand globally and locally, casting a spotlight on its role in supporting Saudi Vision 2030. One of the key goals of Vision 2030 is to foster new, promising sectors such as sports to improve the quality of life and create new jobs.

Saudi Aramco targets brand sponsorships to reach defined target audiences and connect to them through shared brand attributes of sports or other activities. Golf fans are a strong fit with the company’s target audience of global energy and financial influencers.