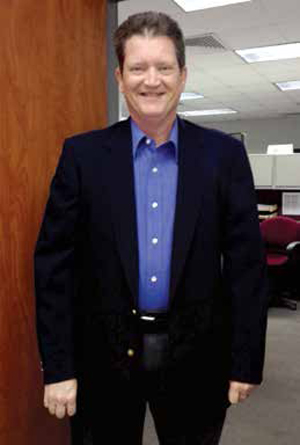 During his years with Saudi Aramco, Richard Cook enjoyed umpiring Little League baseball, and playing softball and golf. His involvement with Little League brought Cook satisfaction and a connection to the broader community.

Richard E. Cook, an adviser with the Contract Administration Division (CAD) with Drilling and Workover, is set to leave the company after almost 17 years of service.

As a contract adviser, Cook played an important role on the CAD team, as the company ramped up its drilling activities to record levels in the Kingdom.

Cook said he enjoyed his nearly two decades of work at Saudi Aramco, and the ability to transfer knowledge from his previous contract adviser work with other major oil companies such as Conoco, Exxon, Marathon, and Enron.

‘So Many Wonderful People’

“The most rewarding aspect of my time spent at Saudi Aramco was the opportunity to meet and work with so many wonderful people throughout my career,” Cook said. “I enjoyed learning something new every day and teaching as much as I can to others.”

Cook spent the entire time here on married bachelor status, with his wife, Carolyn, visiting usually once a year.

In off-hours, Cook enjoyed umpiring Little League baseball, playing softball and golf, while Carolyn took care of the dogs and the house in Katy, Texas. Their daughter Natalie currently works as a writer for Katy Magazine and teaches dance in her spare time in Katy, Texas, while their son Kent works as a film editor and producer in Round Rock, Texas. In addition, the Cooks are blessed to have three grandchildren, Angelina and Alexander in Katy, and Thomas in Round Rock.

Cook’s involvement with Little League baseball brought him satisfaction and a connection to the broader community, and also with a new generation of baseball lovers.

“I really enjoyed umpiring baseball and working with the kids,” Cook said. “They were so eager to learn and fun to work with.”