This article, originally published in 2003, was written by the late Nestor Sander, an early contributor to Aramco ExPats. Read more about Nestor. 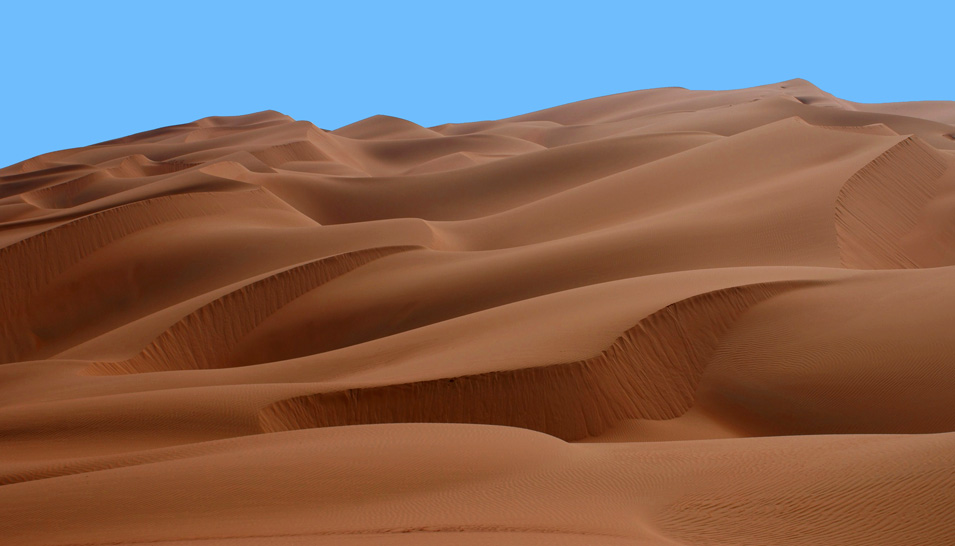 In al Hasa, fifty miles inland from the Persian Gulf, a small drilling rig was helping to prove the existence of the great En Nala anticline, still the largest single complex of oil fields in the world. Sandy was "sitting" that well. A geologist, his job was to record the sequence of rocks and their content of fossils from the chips that drilling mud brought to the surface from the rotary bit several hundred feet down.

He was seated in a canvas camp chair under a beach umbrella, brushing a horde of flies from his eyes and arms. A large oil drum filled with water was at his side, and on a wooden box in front of him was a Spencer low power binocular microscope. The water in the drum came from a pond formed by one torrential downpour about a week before, the first in twelve years in that area, the Arabs said. The presence of the pond made it unnecessary for the water truck to fill up twenty miles away at a just-completed water well.

Sandy took a portion of the chips representing five feet of rock and using a fine-meshed sieve washed them free of mud in the drum. Then he put under the scope a flat, black rubber dish holding the sample still immersed in water. He was familiar with what he saw - a bright blue clay with the two-millimeter-long white ovoids that were the remains of the sixty-million year-old foraminiferan Alveolina. But what was that? Movement in the water! A moment to focus and there it was - something new and unexpected: two tiny shells like a clam, but nearly transparent, holding a translucent shrimp-like animal with jointed legs kicking frantically, and at the tail end a bright red stalk holding a half-dozen minute eggs. It was a copepod, a kind of crustacean lacking a hard exoskeleton. Where had it come from? The answer was obvious - from the pond. But that pond had been in existence for less than two weeks.

So the ancestors of that small being had left their hopes for immortality in the dust for a dozen years before the call of water brought them to life, a life destined to be brief, for in a month the pond was gone. Fifteen years later Sandy visited the Rub' al Khali in an area east of the tract George saw in 1950. From hardpan exposed between gigantic dunes he collected shells of clams and snails that had lived in lakes or rivers. They had not been as provident as the copepods; had not developed a way to wait out the long droughts that ensued when the glaciers retreated northward. Finding the shells was fortuitous, for travel between the high, massive chains of dunes, the "uruq," is difficult and the dunes move. Now, perhaps, the ancient river course or lake bed is covered by a mountain of sand.