Under the Protection of Saudi Aramco’s Biodiversity Program

Saudi Aramco’s working Abha site is an intricate 49 km2 of nature’s perfection, protected and enhanced by the company for more than 20 years. The site represents a significant contribution toward preserving the several hundred native plants and animals living in the Asir Mountains’ exquisite landscape, whose peaks roam across 100,000 km2, and whisper stories of ancient mystery and Arabian history. 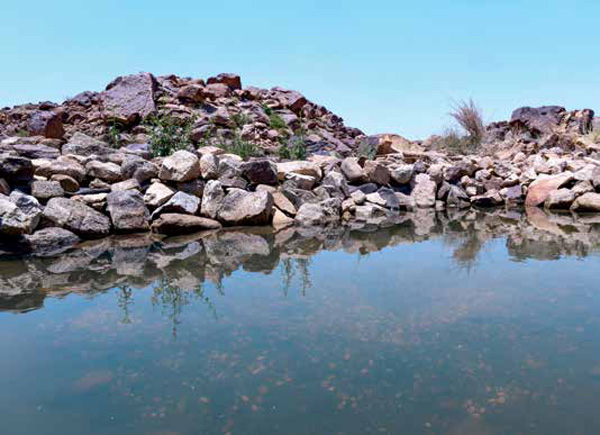 Abha — An area blessed with some of the planet’s most precious biodiversity thrives within the lower slopes of Saudi Arabia’s mighty southwest mountain range.

Saudi Aramco Environmental Protection Department manager Omar S. Abdulhamid says everyone can be a part of protecting the Kingdom’s environment:

Shrouded under a gentle Asir mountain mist, Abha lies within a region listed by Conservation International in 2019 as one of the world’s 36 Endemic Biodiversity Hotspots.

Abdullah M. Al-Ghamdi, manager of the Western Region Distribution Department (WRDD), says the company’s preservation and protection of the landscape and biodiversity at Abha is a significant contribution toward preserving the natural and cultural heritage of the globally important Asir Mountains.

“Saudi Aramco’s Abha site is a nationally significant wilderness area within one of the most biologically important landscapes on Earth — the Asir,” said Al-Ghamdi.

“Unfortunately, the wider Asir region is a vulnerable landscape, and as we go about our operational work at Abha, we ensure the site continues to be kept as natural as possible with the lowest practicable human footprint,” he said. 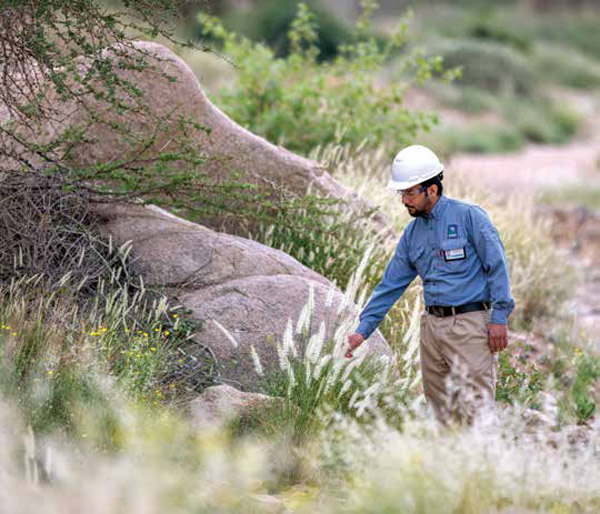 Recently, after careful consideration, the site decided to construct two brimming artificial ponds designed to attract native wildlife, with a third under deliberation. 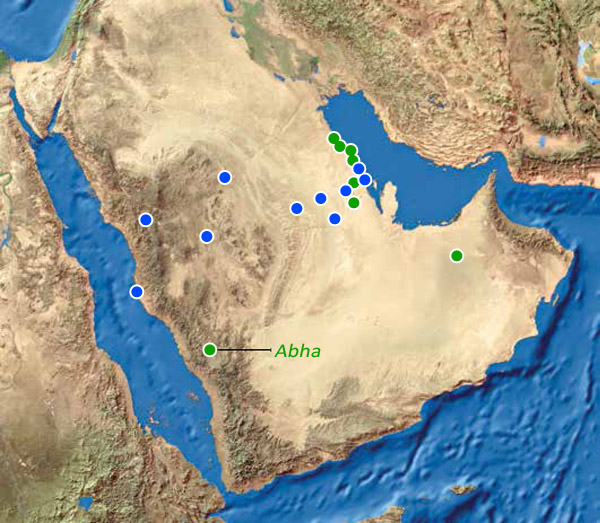 “We always avoid any interference with the site’s biodiversity, so we reflected a lot over whether to build artificial ponds, but decided that enhancing the water supply would add to Abha’s protection,” he said. “The water pond idea was to provide a water source during the winter season so the animals wouldn’t leave the site to search for water and face the risk of hunting.

“We all share in the planet’s water, land, plants, and creatures, and as part of Saudi Vision 2030, Saudi Aramco works to promote environmental sustainability to protect the planet’s natural environment,” Alahmari said.

“The planet needs healthy biodiversity systems or the quality of our lifestyles and health will suffer.”

Saudi Aramco’s engineering procedure (SAEP-359) provides for the identification and notification of areas with high biodiversity or ecosystem value for specific protection and management.

The site’s listing of species includes:

“There is no doubt that further surveying will reveal many more species exist on the site,” said Al-Subhi.

An estimated 120 species of migrating birds are likely to use the site throughout the year.

Subject to scientific studies on the site’s biological carrying capacity, Al-Subhi said the site may consider the careful reintroduction of extinct populations of native animals, such as the endangered Nubian ibex.

Two overpowering factors contribute to the near pristine wilderness found at Abha.

One is that the site is surrounded by a 50 kilometer, 2.5 meter high security fence with barbed wire across the top, isolating the area from human activity, and uncontrolled grazing by domestic animals such as camels, goats, and sheep.

The fence also protects the site from other damaging factors such as hunting, firewood collection, and unregulated offroad driving. 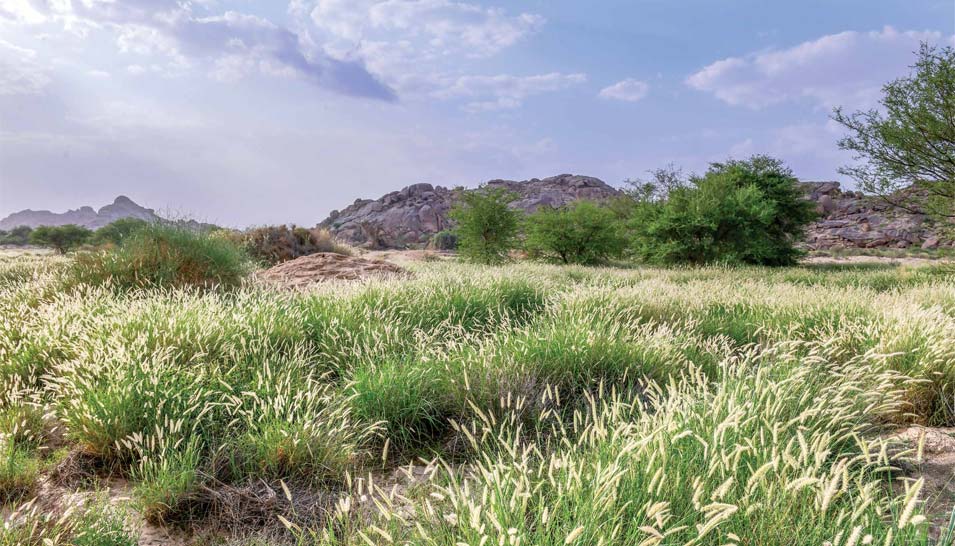 A mild and nurturing climate is the second factor. Cool in the winter with an average winter maximum temperature of 19.5 C, and warmer in the summer with an average maximum of only 28.3 C, combined with regular summer rain, makes for one of the most fertile areas of Saudi Arabia.