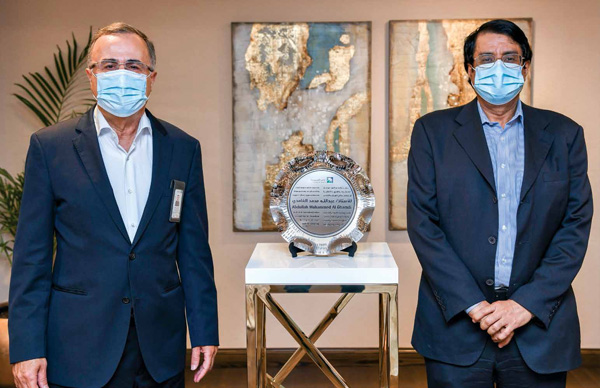 "Over the past 30 years, Aramco and China's bilateral relations have grown far beyond the buying and selling of crude oil, to a diversified investment portfolio, and even joint operations."

Abdullah M. Al-Ghamdi has retired as vice president of Gas Operations after a career spanning 37 years.

Al-Ghamdi was recognized at a ceremony in Aramco’s Dhahran headquarters by corporate management.

The Gas Operations’ administrative area is headquartered in ‘Udhailiyah, and consists of 11 gas processing centers capable of processing a total of 16 billion standard cubic feet per day of raw gas.

Prior to his appointment as the vice president, Al-Ghamdi served as executive director of Gas Operations from 2015, after filling various executive management roles within the company operations organizations.

He started his career with the company in 1983 as a participant in the summer student program for two summers before receiving a degree in electrical engineering in 1984 from King Saud University in Riyadh.

In 1991, he was a foreman in Oil and Gas Operations for the Abqaiq Stabilizer South Plant and North Plant, and later became supervisor of the Inspection and Corrosion Unit for Abqaiq Plants.

He became manager of Riyadh Refinery in 2004 and of Berri Gas Plant in 2005 before becoming manager of Ju’aymah Gas Plant in 2008. In April of 2009, Al-Ghamdi was promoted to a general manager level for Northern Area Gas Operations.

Al-Ghamdi has completed several leaderships training programs, including the executive education programs at the Center for Creative Leadership, the University of Virginia-Darden School of Business, and Oxford University.

Reflecting on his career, he said, “It was a lifetime job, so Aramco means everything to me. Aramco took me as a fresh graduate from college. The company gave me the opportunity to have a very colorful and exciting career, like a tapestry.

“On a personal level I feel it all enabled my acquisition of knowledge and to transfer that into wisdom.

“From my experience over 36 years, I have always witnessed the company going into transformation.” 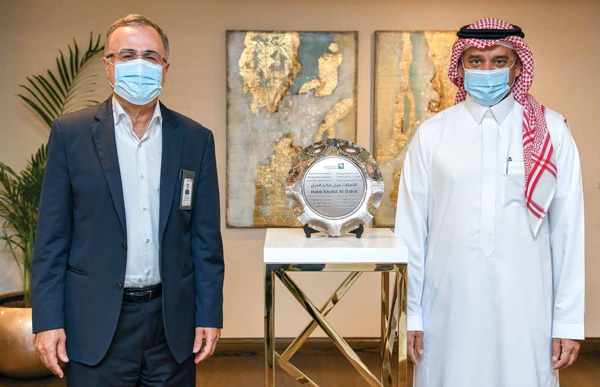 "While I am very proud of all that we have accomplished, I hope that I am best remembered for developing and supporting our next generation of employees and leaders."

Nabil K. Al-Dabal, outgoing vice president of Human Resources (HR), has praised Aramco’s efforts on employee development on his retirement from the company. Al-Dabal was recently honored by corporate management at a ceremony in Aramco’s headquarters in Dhahran.

“At Saudi Aramco, our commitment to leadership and employee development is better than any other company I have ever seen.

“Our company provides our people with opportunities to develop themselves at every step of their career,” he said, “and this is truly the definition of lifelong learning.”

Al-Dabal was appointed vice president of HR in 2020, after previously serving as executive director of the admin area from 2018.

As the head of HR, he was responsible for providing strategic leadership to all workforce planning, staffing, leadership and professional development, compensation and benefits, organization consulting, performance management, diversity and inclusion, retirees’ services, and labor relations to over 67,000 employees from 91 different nationalities.

Prior to this position, Al-Dabal was the general manager of Training & Development from April 2014, where he was responsible for the design and delivery of corporate education, training and development programs for the company’s industrial, administrative and professional workforce.

In his farewell remarks, Al-Dabal noted, “While I am very proud of all that we have accomplished, I hope that I am best remembered for developing and supporting our next generation of employees and leaders.”