A Journey Across the Middle Kingdom 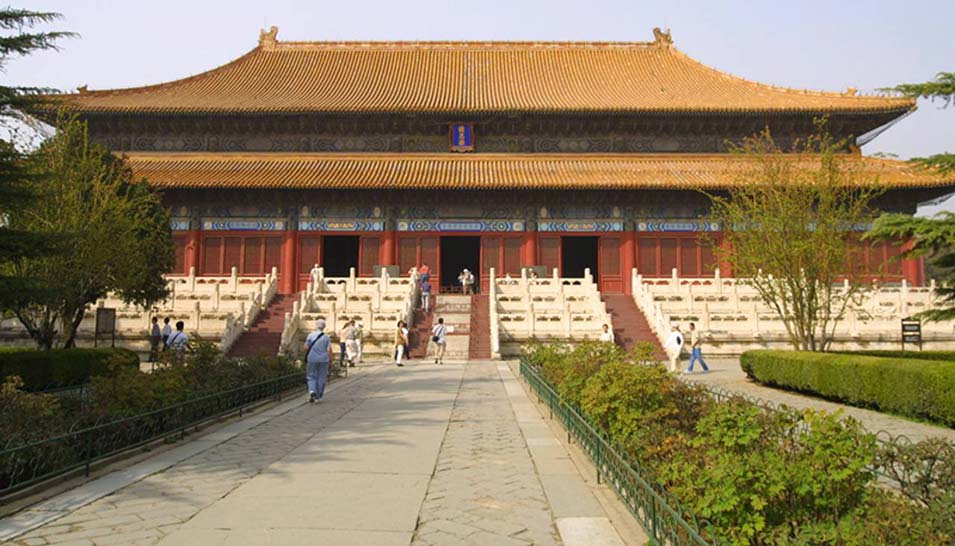 The Chinese refer to their country as “the Middle Kingdom.” For thousands of years, they’ve viewed their land as the center of the world. With a population of well over one billion people, they have a valid argument. Whether one agrees with them or not on their being the center of the world (historically, Arabia at times has made a similar claim), awareness of their long history and their ethnocentricity is key to understanding the Chinese as a people.

My understanding of them, such as it is, stems from several long and memorable visits made over the past five years. Like so many of my fellow Aramcons, I am unapologetically afflicted with the traveler’s malady known as wanderlust. My travels across China have whetted my appetite for further travels there. I’ve only just begun to explore its many wonders and charms.

My first trip to China began with a visit to the capital city of Beijing on the rarest of days, one where the sky was blue and the sun shone bright. The city offers a wide range of hotels, from zero star “flop houses” to six star luxury palaces (if there is such a thing as a six star hotel, Beijing has a few, I’m sure). I personally recommend finding a hotel somewhere near Tiananmen Square and the Forbidden City. You’ll not want to miss either of these attractions, and the closer your hotel is to them, the easier it will be for you to travel back and forth. There’s so much to see in and around Beijing, you need to plan your timing and logistics carefully. 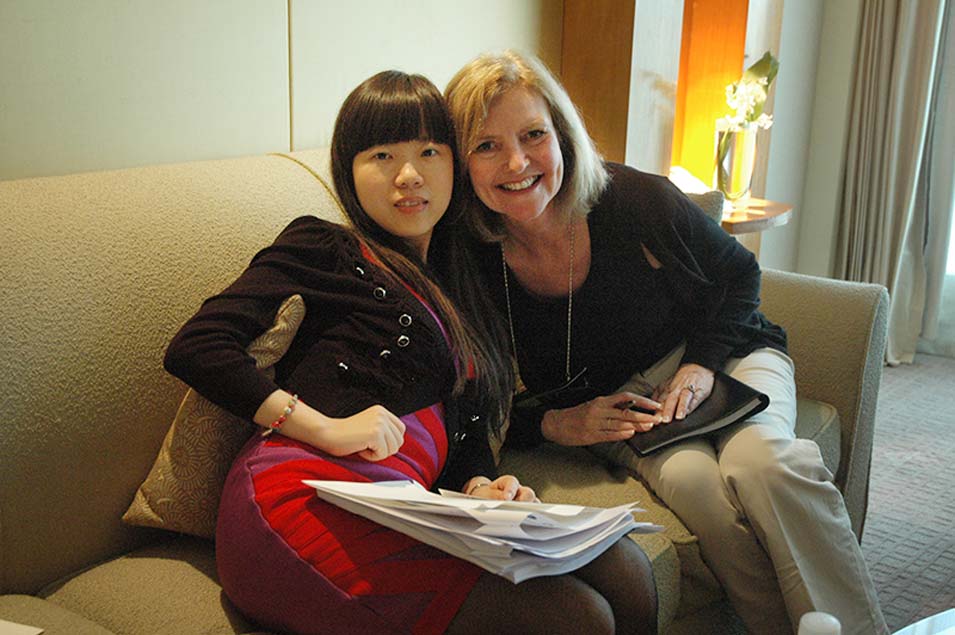 On my first visit I stayed at the Grand Hyatt situated on Wangfujing, within walking distance of The Forbidden City and Tiananmen Square and couldn’t be happier with the service or comfort or food. With the help of the staff at the hotel business center, I was able to hire an exceptional interpreter/translator to help with my business who went by the name of Celine. Many English-speaking Chinese choose an English name to use in their dealings with foreigners. Celine’s favorite singer is Celine Dion, hence her choice of names. I liked her nickname better—Butterfly. She was as lovely as a butterfly, and her assistance added immeasurably to my China experience.

Vicci and Darth at Great Wall

Prior to discovering Celine, through the hotel concierge I hired an English-speaking guide named Sally, along with a driver named Bill whose only word of English was “hello” and spent the day visiting the Great Wall and the Ming Tombs. Both have been listed by UNESCO as World Cultural Heritage sites, and with good reason. I consider both of them “must sees” for any trip to Beijing. Be prepared for surprises when you visit the Great Wall. You never know who you’ll run into there, as the accompanying photograph shows.

From Beijing I traveled to southern China to the city of Zhongshan on the Pearl River Delta. Despite a population of 3.5 million people, Zhongshan is considered a small municipality by Chinese authorities and not worthy of its own airport. The best one can do getting there by plane is to fly into Hong Kong, Macau, Shenzhen or Guangzhou and travel from one of those airports via auto, bus or boat or some combination thereof to Zhongshan itself.

On my first visit to Zhongshan, I took a high-speed bullet train from Beijing to Shanghai, which was more exciting than any plane trip could ever have been. Traveling at close to 300 kilometers an hour, I enjoyed phenomenal views of the Chinese countryside and was overwhelmed by the lush beauty of the land and the endless procession of rivers and rice patties and massive high-rise residential clusters that rose unexpectedly every so often seemingly out of nowhere. 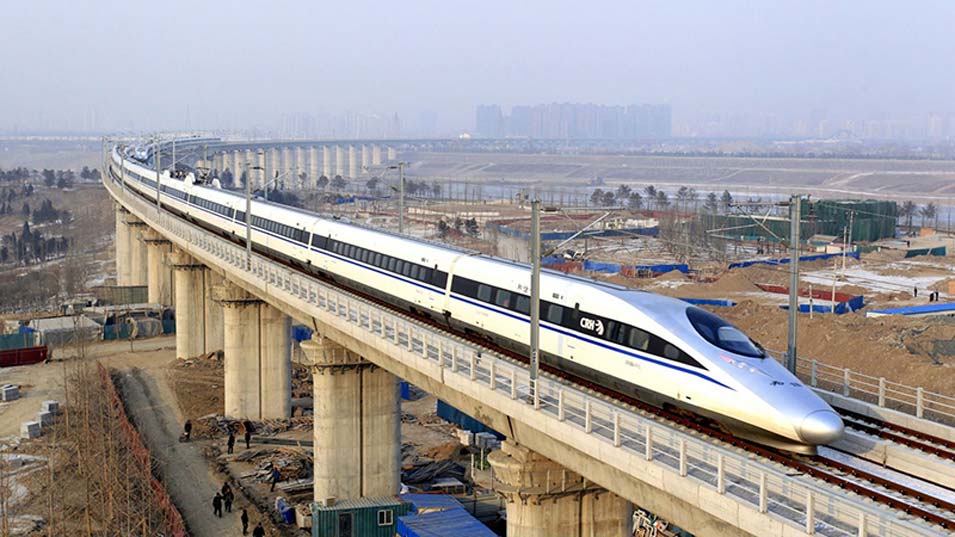 From Shanghai my party caught a flight to Shenzhen, where our Chinese host James met us in a Toyota van and drove us 125 kilometers to Zhongshan, where we stayed for our first few days in a luxurious Shangri-La hotel which has since changed ownership and names. With a great deal of business to conduct, I looked on Craig’s List for an apartment to rent on a short-term basis. What I found surprised me.

A Chinese architect with dual Chinese-Canadian citizenship had purchased an empty shell on the 13th floor of a residential high-rise and transformed it into an Architectural Digest-worthy loft apartment with modern furnishings and many special treatments. We rented the apartment for two months at $500 a month and made ourselves at home. Soon we became part of the neighborhood. Local residents were unfailingly polite and helpful, although it seemed like none of them spoke a single word of English other than “hello” and “thank you.” Then, one day as I was riding in the elevator, a young woman asked me in perfect English if I would like to take a job as an English teacher at a local school. The idea intrigued me, and I would have said yes under different circumstances, but I was due to return to the U.S. in a few weeks and had other tasks to attend to while in Zhongshan. I sometimes fantasize about going back, finding that woman and taking that job. It seems like something any number of Aramcon annuitants I know would or have done, so why shouldn’t I? 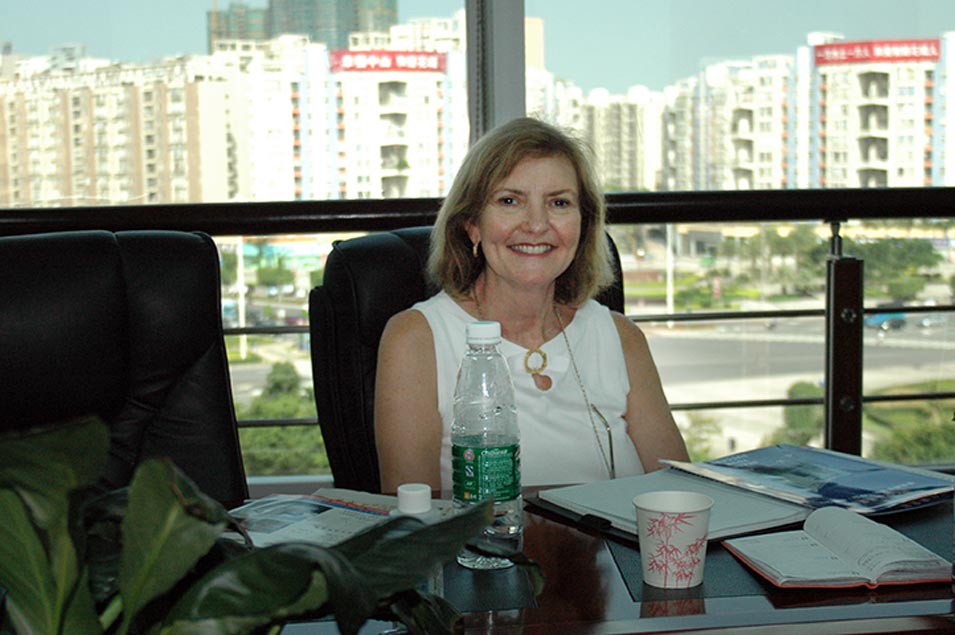 Our apartment was in one of the buildings in the background

The shelves of the small grocery store located on the ground floor of an adjacent building were filled with a wide assortment of foods and supplies, with one problem. Everything was in Chinese and nobody in the store spoke any English. On a hit-and-miss basis, we were able to fill our shopping cart with enough edible food to cook our own meals and keep ourselves from starving. On one occasion, we hailed a local rickshaw driver who pedaled us to a well-provisioned Walmart where we stocked up on things we’d been unable to find at our neighborhood store. While living in that apartment, we established a nightly post-dinner tradition of enjoying the Chinese-equivalent to the American ice cream cone desert known as “Nutty Buddies” washed down by bottles of Chinese-brewed Tsiangtao beer. For  television entertainment, the only English-language show we could find was an Australian cooking show featuring two denizens from the Outback tutoring the uninformed in their unique cocoking style. Ostrich friassee, anyone? Or perhaps you prefer emu?

The terms of our one-year China visas limited our stays to 30 days. You then had to leave China for at least one day once you reached the 30-day limit, after which you were allowed to return. We used this as an excuse to take the CKS ferry from the river terminal in Zhongshan to the Hong Kong China Ferry Terminal on Canton Road in Kowloon. From there we took a taxi to the delightful and surprisingly affordable Hyatt Regency Hotel in Shatin in the New Territories. One highlight of our escape to Hong Kong was enjoying high tea in the lobby of the fabled Peninsula Hotel on Salisbury Road in Kowloon.

After three days of luxuriating in Shatin and Hong Kong, we returned by the CKS ferry to Zhongshan for a series of intense business discussions. To help us in this task, we brought Celine to Zhongshan, where she performed admirably. I’m sure many of you already know this: the quality and results of your business negotiations with people from other countries who don’t speak English and whose language you don’t speak depends heavily on the quality and accuracy of the interpreting and translating. Butterfly delivered world-class service.

Zhongshan is one of the few cities in all of China named for a historic individual, in this case the “father of the Nation” of modern China, Sun Yat-Sen. Zhongshan translates into English as “Middle Mountain.” The only two Chinese characters I learned to write are the characters for middle (“中”) and mountain (“山”). Put them together and you have Zhongshan: 中山.

My adventures in southern China extended well beyond Zhongshan. In a second article at a later date I’ll take you to Nanning,  the capital of the Guangxi Zhuang Autonomous Region in southern China known as the “Green City” for its lush tropical foliage and considered China’s “gateway” to Vietnam and its fellow southeast Asia nations.