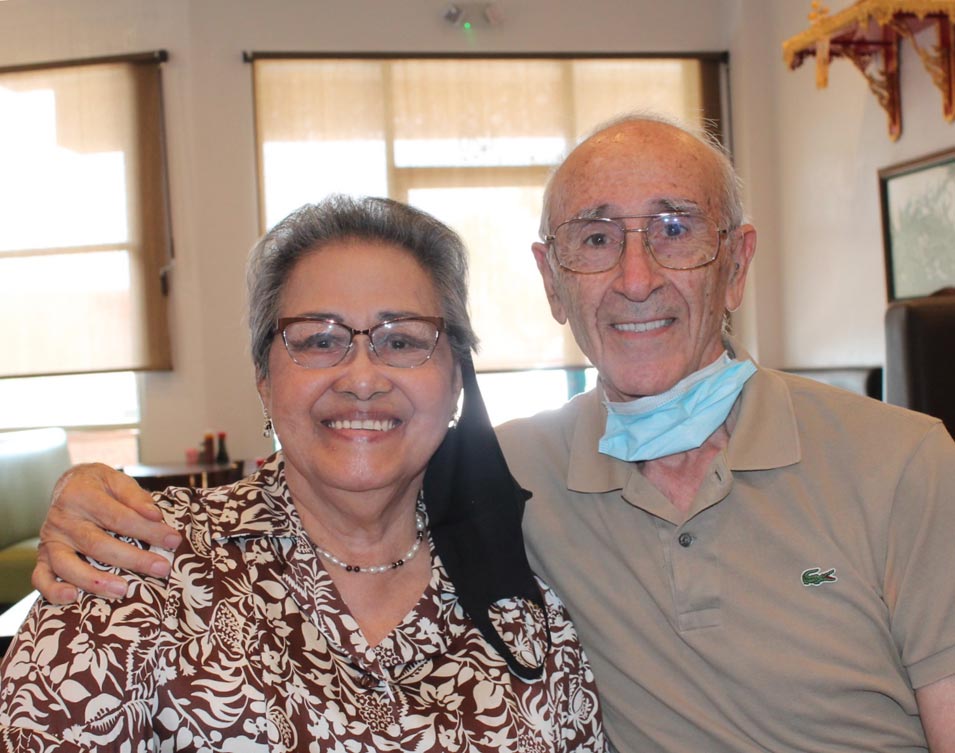 Abdul-Karim G. Hedjazi and wife Sururul-Ain Ututalum Hedjazi celebrated their 60th wedding anniversary on June 3, 2021 at home due to COVID-19. We were in Saudi Arabia for 21 years and retired in March 1994. We lived and worked in both Dahran and Ras Tanura.

From 1973 to 1975 Abdul-Karim worked as a Petroleum Reservoir Engineer III and joined the Reservoir Management Team up to 1977. He was then transferred to the Production Engineering Team up to 1980.

From 1980 to 1982 Abdul-Karim was promoted to Superintendent of Ras Tanura Producing Division, followed by assignments as Superintendent of Oil Operations Safaniya area in charge of the following GOSPS and fields- Zulu, Marjan and Safaniya.

From November 1991 to a retirement date of April 1994, Abdul-Karim was the Start-up Superintendant of Oil Operations in charge of Commissioning and start-up of a 600 MBD processing plant. Responsibilities included the operation of a group of plants consisting of a GOSP, Gas Compression, Desalting facilities, utility plants and a Desalination Plant. As well, he performed managerial functions and reported directly to the Operating Manager.