Words and pictures by Alan Breacher 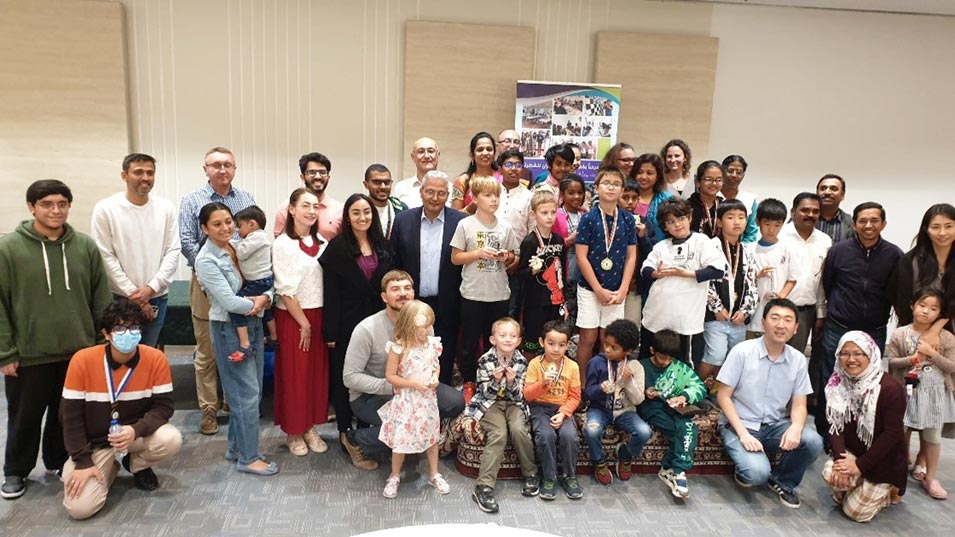 The Dhahran Chess Club’s 2022 Annual General Meeting and Dinner event was held recently at Salat Al-Khalij in Aramco’s Dhahran community. The occasion celebrated the club’s 50th year of service to the community and members’ recent achievements. The full room of club members and their families was testament to the club’s resilience over recent years, and especially during the COVID-19 pandemic, ably and enthusiastically curated by the club’s Board members.

The event was MC’d by the 2022 club president, Rowena Rahman, who welcomed all guests and introduced the keynote speaker, the 2015 Toastmasters’ World Champion Speaker, Mr. Mohammed Al-Qahtani, who works for Aramco’s Industrial Security Department. Mr. Qahtani highlighted strategies for members to overcome any self-doubts that may be stopping them from achieving their dreams, or indeed, their passions. 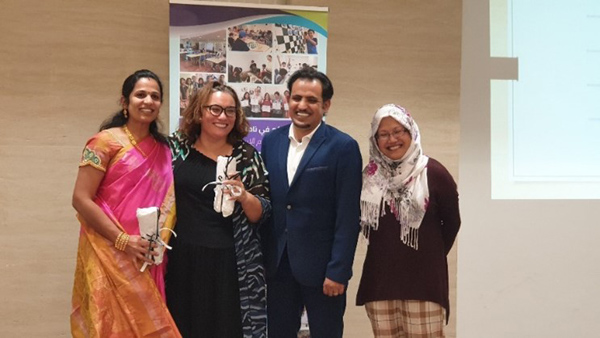 Mr. Qahtani spoke about the “scale of decisions” and noted, “we often fail to follow our passions because we think there is too much risk and not enough chance of success.” He noted that we also use the “scale of reward” to determine whether the risk is worth it. “If we think there will not be a big enough reward, we might not be willing to take the necessary risk,” he explained. 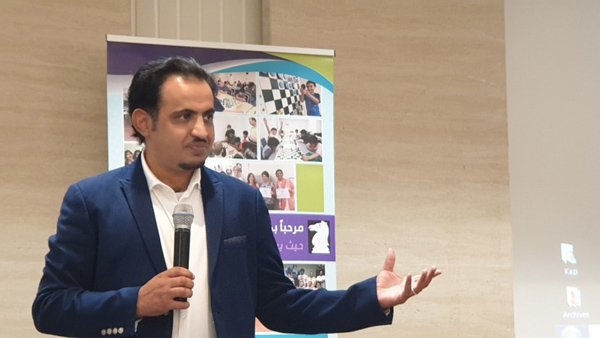 Mr. Qahtani addressed the necessity of overcoming self-doubt: “If you want people to believe in you, you have to first believe in yourself; you need to tip the scale in your favor,” he suggested, as listeners looked on attentively. He added, “I regret I didn’t start public speaking when I was younger,” and encouraged the audience to avoid inaction, which will only lead to regret.

After Mr. Qahtani concluded his inspirational speech, Mr. Faramak Almassi (Frank) presented the Treasurer’s Report. He discussed the club’s growth, noting that when he first joined only a handful of people regularly attended game nights but now the club had over 400 active members and their supporters. He emphasized, “The journey matters more than winning or losing,” and congratulated everyone who had worked so diligently to make the club successful. Aida Rouhana then unveiled the club’s new logo designed by Harshini Murugan, and presented club T-shirts to some of the young chess players. 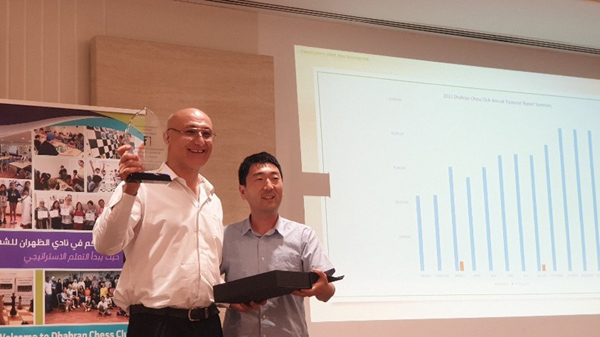 The incoming club president for 2023, Mr. Hongrui Ma, later talked about his hopes for the future of the club. He said, “Chess is a fascinating game, and the more you play, the more you get hooked on it.” He then noted, “Chess is not just a board game and is now played by about 700 million people across the world.” Indeed, chess helps promote creativity, social interaction, and problem-solving skills, and offers health benefits from relaxation. Hongrui highlighted the club’s plans for 2023, which will bring players together from across Aramco and the region by adding, “There will be a series of tournaments in locations outside of Dhahran, including in Bahrain.” 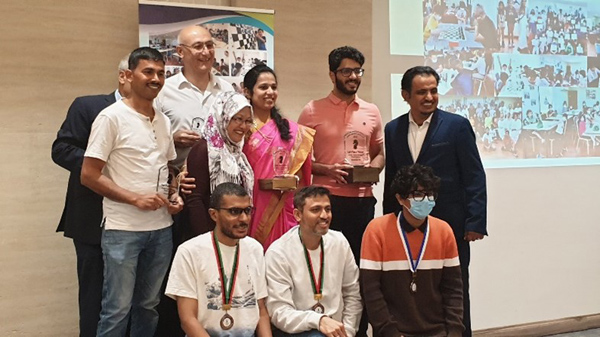 Mr. Qahtani with the winners of the Adult Chess Hunger Games tournament.

To round off the event, Rowena voiced her appreciation for all the club’s volunteers and the continuing support from parents. She recognized the invaluable support the club had received from the Central Community Services Department, including from Mr. Saeed M. Ghamdi and Ms. Rawan Al-Ghamdi. She noted, “Despite all the recent challenges, this club is thriving,” and emphasized the club’s friendly and supportive environment that is bringing multiple generations of Aramcons together with a shared purpose. 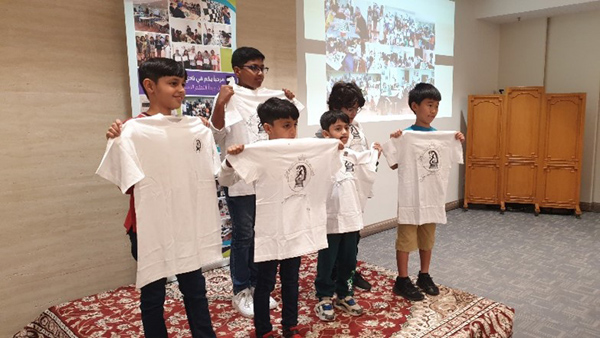 Some of the young chess players holding their prize shirts sporting the club’s new logo.

To register for 2023 DCC membership, please scan the QR code below: 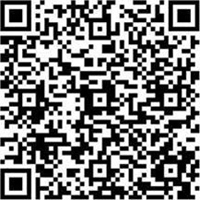